That’s when shelter volunteer Elaine Seamans went to see the senior Dachshund at the Baldwin Park Animal Care Center in Los Angeles, writes ilovemydogsomuch.As soon as Seamans got down and showed her attention, Muneca leaped into her arms and clung to her, as if she was saying,

“Don’t ever let me go.” Muneca was scared, and Seamans helped her feel safe.

Luckily, this heartwarming moment was caught on camera by John Hwang, a photographer who was nearby. He posted the photos on social media, which quickly went viral.

It didn’t take long before people all over the world were voicing their concern for and interest in Muneca, including Frosted Faces Foundation, a rescue in Ramona, California, that provides vet care to senior animals whose lives are in jeopardy. 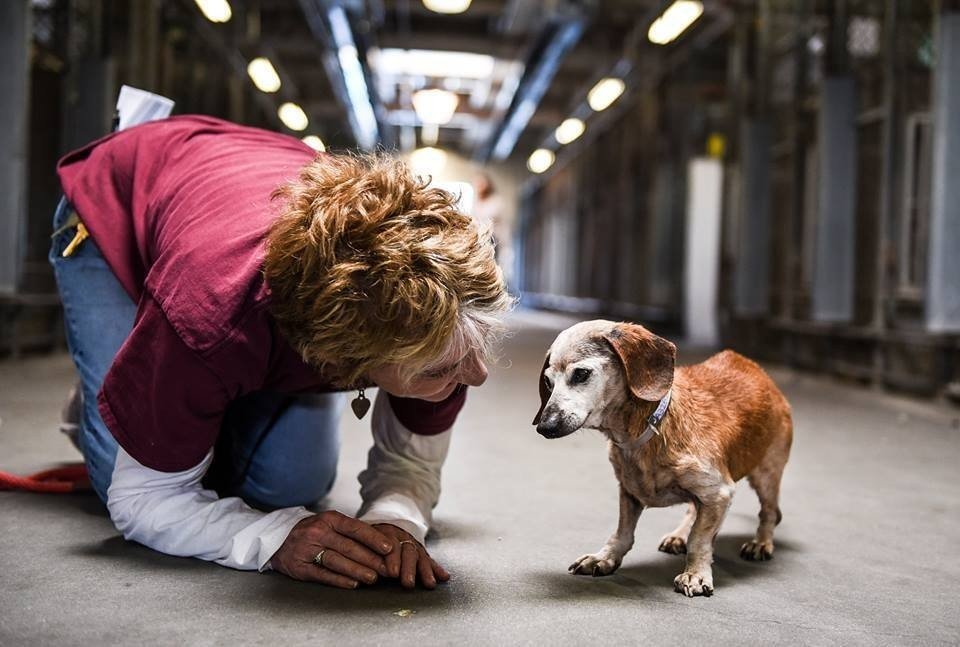 As soon as they saw the picture online, they knew they had to get Muneca out of the shelter as soon as possible. They brought her to a veterinarian to be examined before placing her with a loving foster. 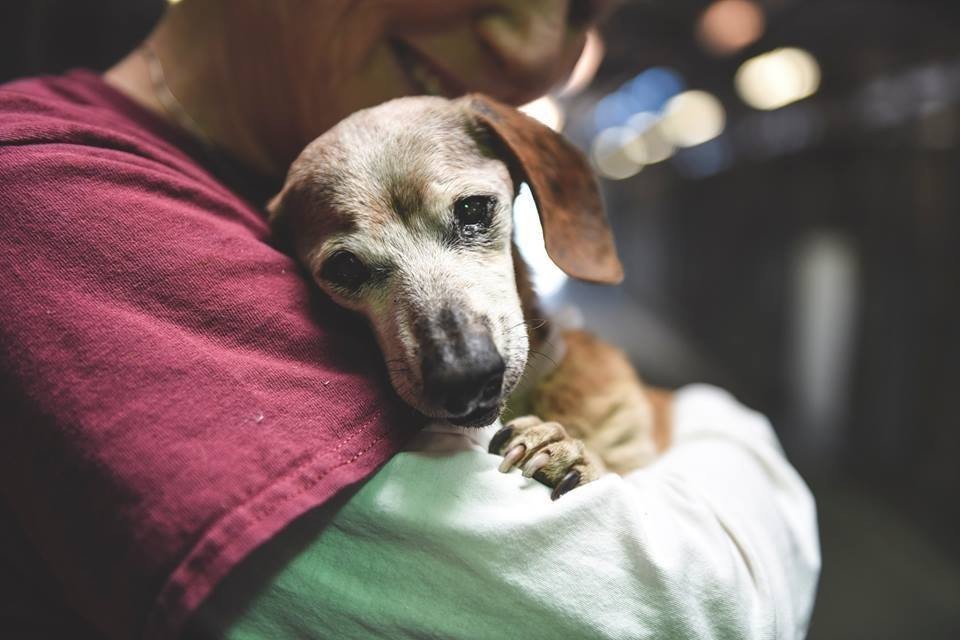 Thankfully, aside from having poor vision, she was in pretty good shape for her age.

Since Muneca was now well-known all over the Internet, the rescue was flooded with applications from people who wanted to help this poor pup and give her a forever home. 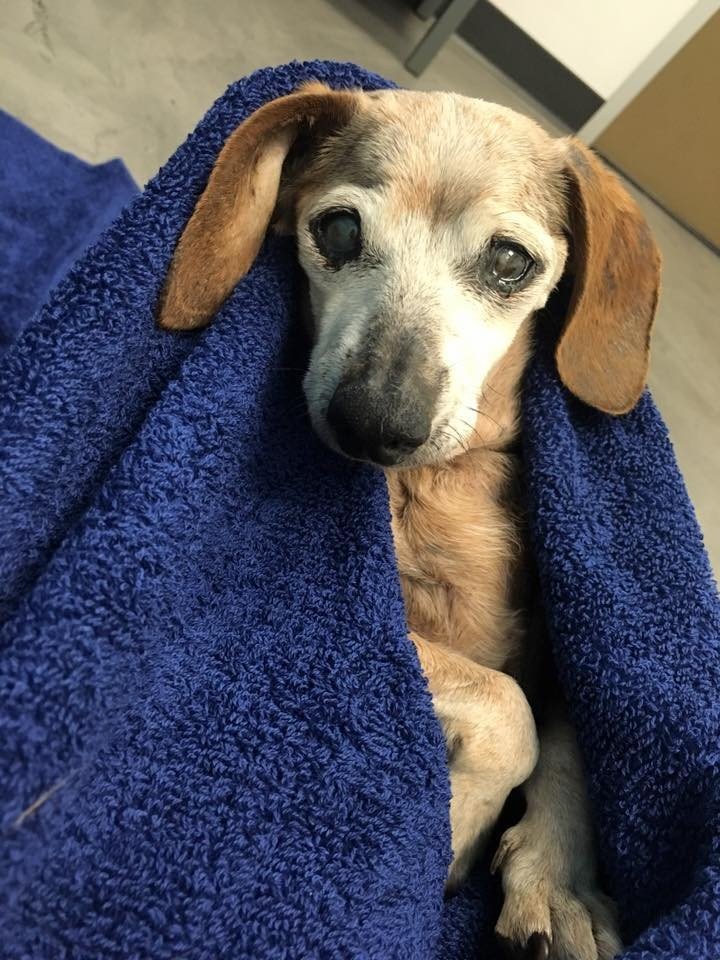 Muneca was once unwanted, but now she was desired by so many people nationwide! 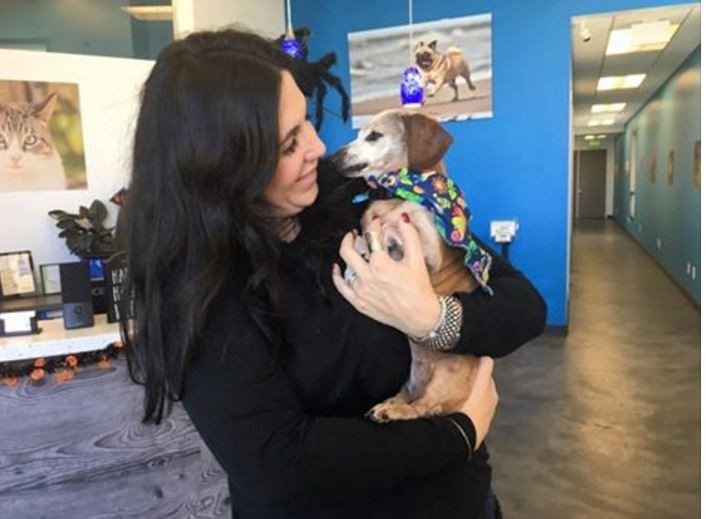 Out of all the applications, they chose the person who they thought would be the best fit for her. This person wound up being Amy Gann, who drove to San Diego to meet Muneca. 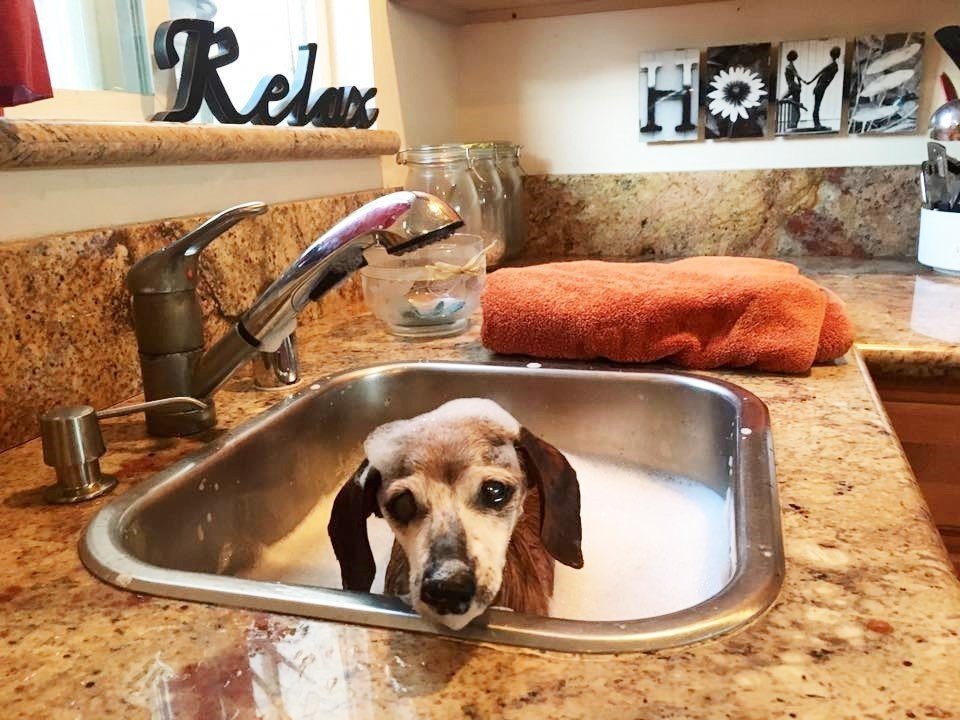 The two of them bonded instantly, and the rescue knew they were a perfect match. 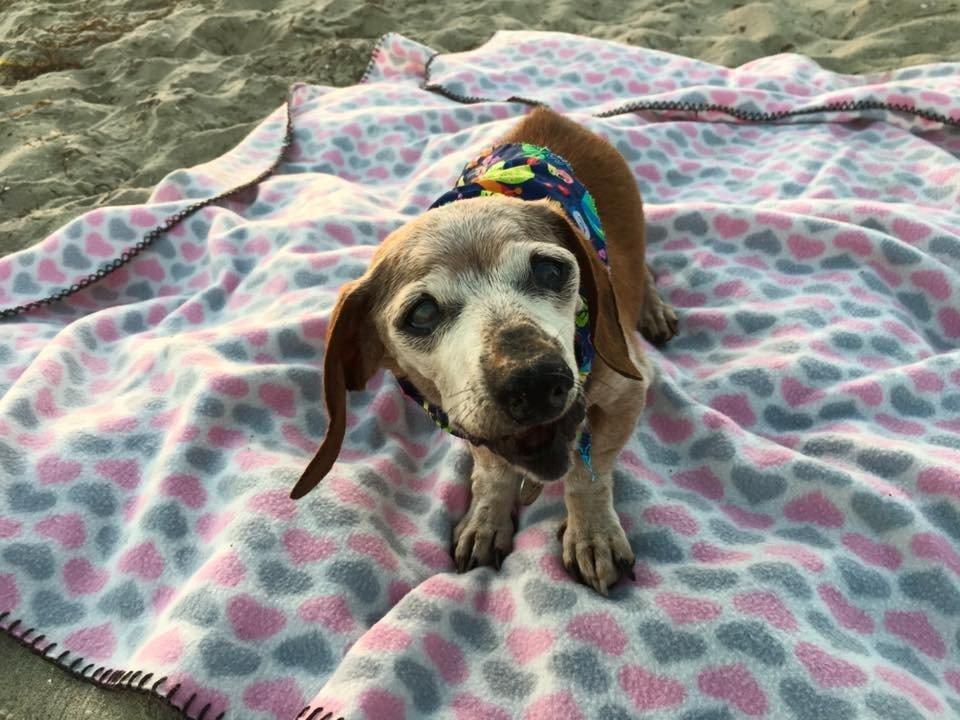 In her new home, Muneca enjoys warm bubble baths, fun trips to the beach, and is spoiled with lots of treats and a warm bed.