No matter what the case, it’s important to treat other animals exactly how we would treat our own. If we are lackadaisical with the pets of others, something may go wrong. You want to make sure that the animal returns home safely, healthy and happy. One man knows all about protecting the pets of others, and he’s speaking out to spread awareness as he shares his story with Inside Edition.

Buddy Ackerman lives in Palm Harbor, Florida. His daughter had left her beloved golden retriever in his possession, and it was his duty to watch over the dog at all costs. Thankfully, when a disastrous situation rose, Ackerman knew exactly how to react under pressure. It was a beautiful Tuesday morning when the dog, named Osi, and Ackerman headed out for a quick walk. 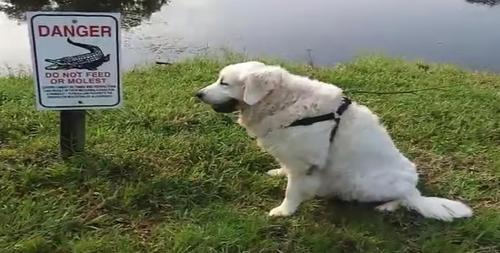 While Osi peed, something made noise nearby in the water. Out of nowhere and with no warning, an alligator reaching nearly 8 feet in length lunged out of the water to attack Osi. He instantly started squealing in pain, and Ackerman was unsure about what to do but his fast thinking ended up saving the dog’s life. 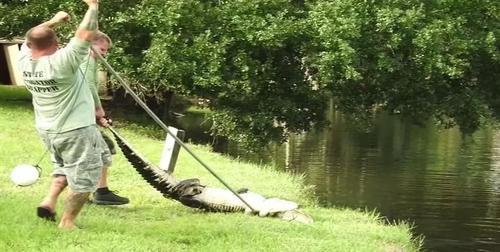 Quick to react, Ackerman slipped before he got ahold of the dog. He tried to pry the dog away from the alligator’s grasp, but after a few moments, he realized it wasn’t going to work. 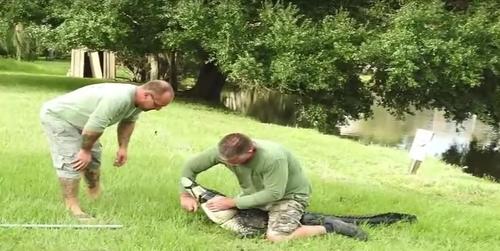 Then, he took braver action when he began to kick the alligator in the snout, trying to get him to release the dog from his grasp. Thankfully, the alligator responded, opening his mouth and retreating back towards the water. 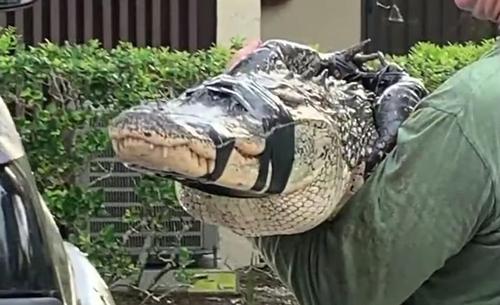 Ackerman saved the day, and Osi will be fine other than a little soreness. But people can’t help but wonder what would have happened if the same situation occurred with a smaller dog.

Everyone involved is thanking the heavens that Osi is safe and out of harm’s way. The alligator was later removed from the area, but Ackerman still wants others to be cautious of their surroundings when exploring the outdoors with their pets.