John Unger, a Wisconsin resident, adopted Schoep, a stray dog, when he was just 8 months old. Schoep grew up until the age of twenty. He grew elderly, and his life didn’t seem to be getting any better. His owner was bracing himself for the impending doom.

John spent 19 years with Schoep. Schoep, on the other hand, had been paralyzed for a long time due to arthritis. The vet recommended putting the dog to sleep, but John was against it.

John took care of Schoep as best he could in the last few years of his life, taking care of him, holding him, and unwilling to leave him. At all times, John was by his side.

Schoep’s joint aches were relieved when John accompanied him to the lake to ease the pressure on his joints and muscles. Schoep would often nod off in his owner’s arms because the flow of water was too relaxing.

This touching shot was taken by John’s friend Hannah, a photographer, who shared it on the internet, sparking a heated debate and touching many netizens. 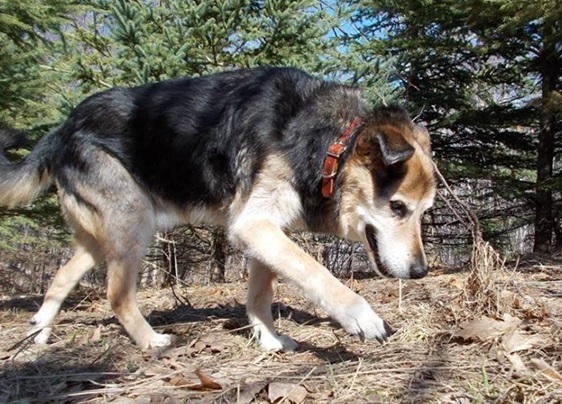 John initially encountered Schoep during a rough period in his life. John pledged at the time that he would treat Schoep well, and he eventually did so. 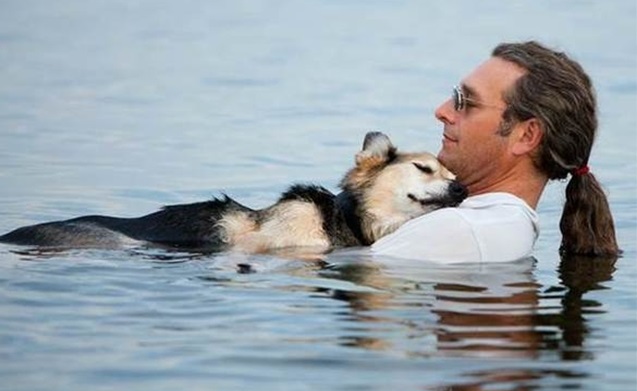 Even when Schoep was on the verge of death, John continued to strive to help him live, insisting on accompanying him to the most wonderful moments of his life. 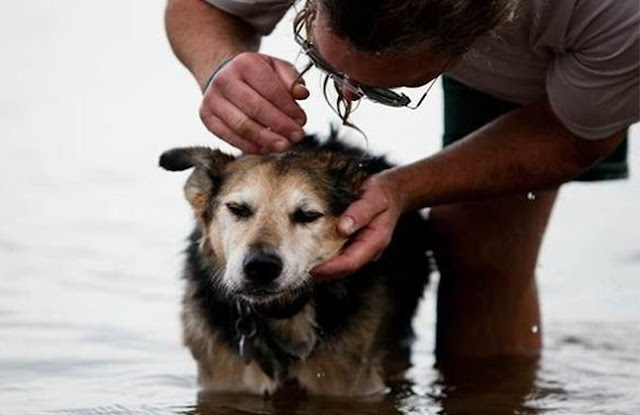 In 2015, John overcame his grief over the loss of Schoep by welcoming a new family member, Xiong. Many netizens were ecstatic when they heard the news!