If you are a millionaire where will you spend your money, the obvious answer would be cars, a nice house. But sometimes some people are so selfless that they could spend their money only to save the lives of thousands of dogs.

Here is a story of a millionaire for whom the lives of dogs are more important than the luxuries of life. Wang Yan who is a Chinese business became a millionaire by running a steel business in Changchun, China.

Though he got much money yet nothing could replace his beloved dog which went missing years ago. When he searched all the places without finding his favorite dog, someone suggested to him that he should check the slaughterhouse. 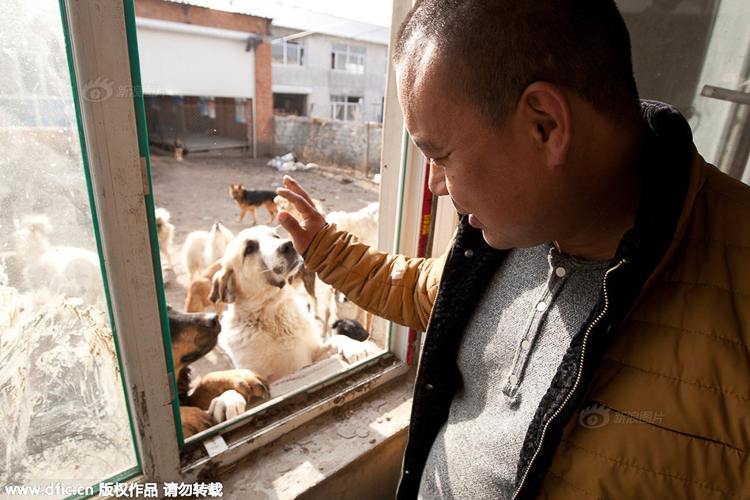 The city has a large population of stray dogs and many of these dogs are captured, butchered, and sold in the cruel dog meat trade.

Unfortunately, Wang did not find his dog there and what he saw there changed his life immensely.He wanted to do something for the misfortune dogs which were kept in the slaughterhouse. Soon he came with a miraculous way to help the dogs: he bought the slaughterhouse and converted it into a dog sanctuary.

He spent as much as $400,000 for buying the slaughterhouse and even funds the shelter out of his pocket. According to Yan, he did not accept monetary donations but that some kind-hearted people should donate a few supplies.

So far Yan has taken in 2,000 dogs from the city and helped 200 to get adopted. It always gives us immense joy when we hear this kind of inspiring story. Hats off to this person who has spent this much money to change the lives of so many dogs.