When 21-year-old Amelia Milling began her hike through the Crow Pass Trail in Chugach State Park, she had no clue that she was about to go through the most trying experience of her life. Chugach State Park is 30 miles outside of Anchorage, Alaska for those of you that don’t know your state parks and isn’t the easiest of trails.

Milling is deaf and one of her favorite things to do is to go hiking alone in the wilderness.She was about four miles into her hike when the worst possible thing happened. One of her poles broke used to help keep balance during the hike. She lost her footing and began to fall 300 feet down the snow filled mountain.

She then hit a large boulder and continued down another 400 feet. Even though she fell 700 feet, she was still alive. The only thing that was significantly injured was her leg which was a pleasant surprise even though she was in a lot of pain. Out of no where, an animal appeared and she first thought it was a white wolf. 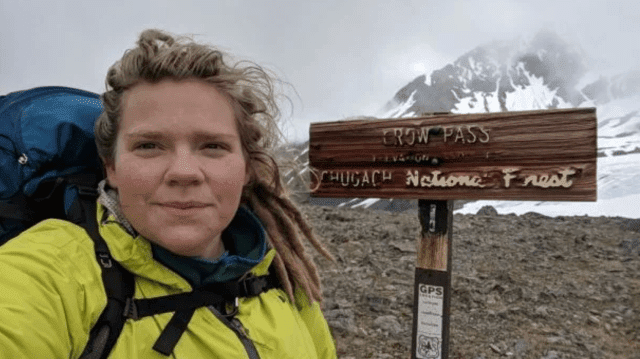 Thank goodness it wasn’t a wolf, but a helpful trail dog. She told ABC News: “That’s when I first saw Nanook and first I thought he was a wolf. Then I saw the little collar and realized he was there to help me.” She eventually learned that Nanook was a trail dog, and later found out he was specifically on the mountain to help lost hikers find their way back home. The two set up camp for the night because darkness was fast approaching. 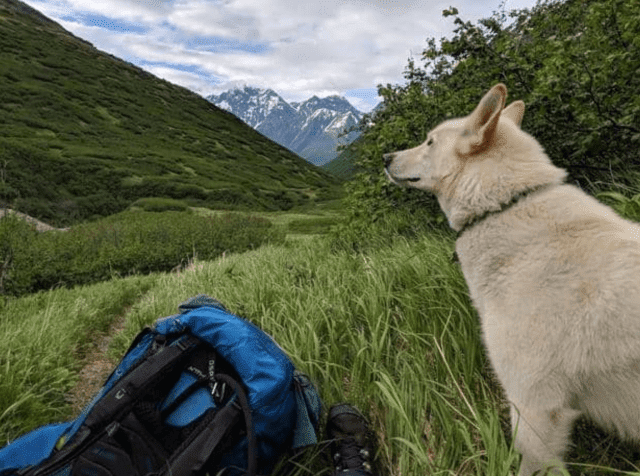 The following day they began to trek back to safety. Eventually they had to cross a river, and Milling lost her footing due to her injured leg and strong current. But don’t worry, Nanook only had a happy ending in mind for this story. 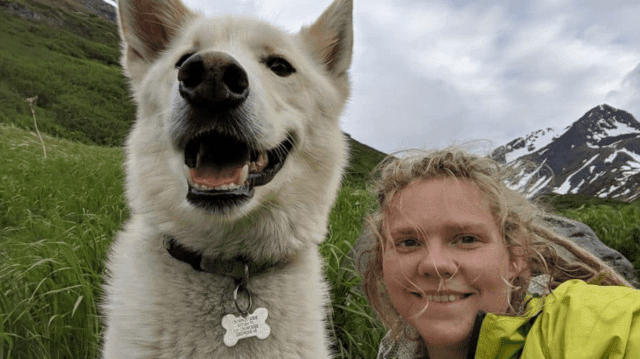 Milling recalled, “Nookie came and grabbed the shoulder strap of my backpack and actually pulled it out.”

Once the two got back to the safety of land, Milling activated her SPOT Beacon which lets rescuers know exactly where she is. Alaska State Troopers sprung into action and a helicopter came to save Milling as well as Nanook. 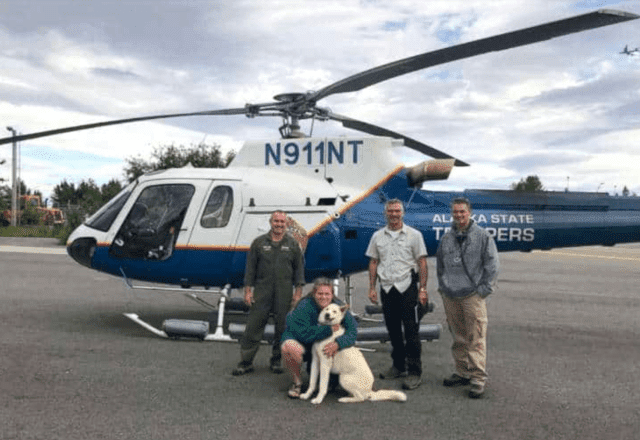 Alaska State Trooper Lt. Eric Olsen was one of the responders that came to the rescue and he was blown away by Nanook’s help. He said, “When I realized I had a real-life hero dog I called up the owner and he said, ‘No way.’” Nanook’s owner, Scott Swift, recounted that this wasn’t the first heroic act from the doggo. 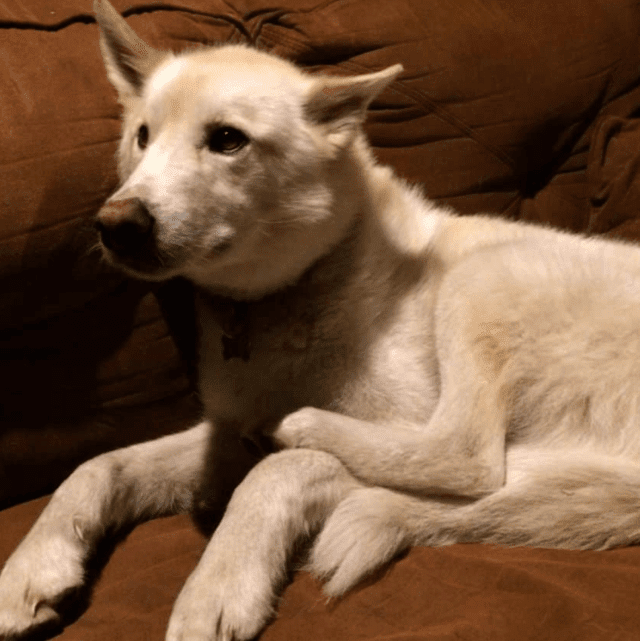 He mentioned that, “There was one other girl about 6 years old — he saved [her] when she fell in the river.” Props goes out to Milling’s tenacity to keep going along with Nanook for saving her more than once!