Dog owners typically don’t encourage their dogs to dig, but one man found a way to let his beloved dog dig while helping him in the garden.Georgeyk17 posted a video on Reddit of his loyal companion, Georgia, helping him plant some bushes. In the 15-second video, the pair managed to plant a bush without any tools. One of the hardest parts, digging a hole, was done effortlessly and in record time by the man’s dog.

The obedient dog waited patiently for her dad to point to a spot and then she dug her heart out. Once the hole was the proper depth, her dad touched her leg to tell her to stop. He proceeded to plant the bush as Georgia watched on.While encouraging digging may seem like a disaster waiting to happen, Georgeyk17 said, “[She’s] never dug up a plant in 4.5 years”.

He also told one viewer who said they were considering getting a dog, “Make the jump and you’ll never go back. Such loyal companions.”Thousands of people have watched the video and one commented, “That’s the most enthusiastic shovel I’ve ever seen.” Another said they would like to hire her, to which her dad wrote, “She would work for a ball thrown to her.” 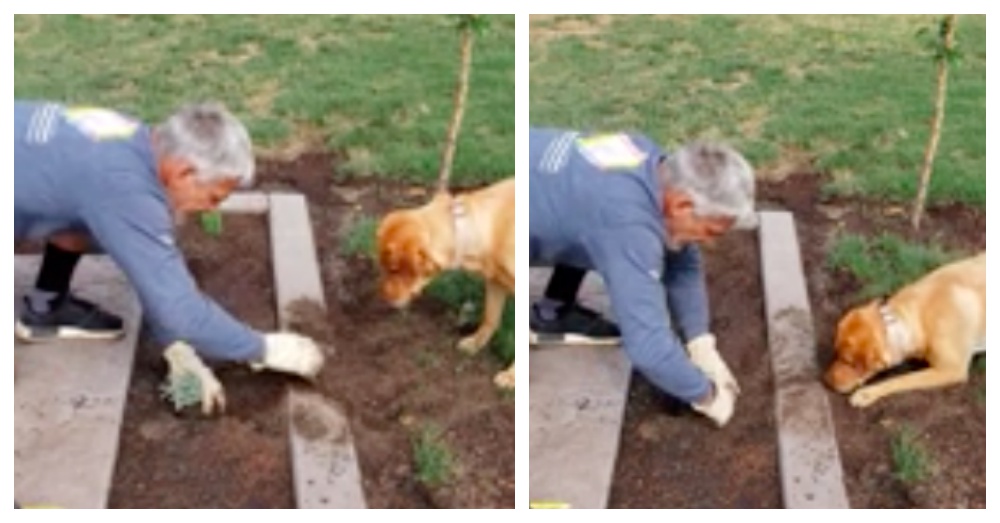