Things could have gone much worse for this pit bull pup when he escaped from his yard and accidentally took a tumble into a nearby river. Luckily, a friendly sea creature was there to keep him calm and safe until help arrived.The local police department in Tampa, Florida, received a call that morning from a woman who could hear some sort of “struggle” coming from the river behind her house.

One Officer Lopez rushed to the scene to see what was wrong, and it was there that he discovered a somewhat distressing but also rather magical scene.The young pit bull was clinging frantically to the sea wall, trying not to be swept away by the current, and he’d likely been there for several hours. But just below him was a manatee, floating close to the surface and hovering protectively near the dog.

“They’re curious by nature, so I’m sure the sound of the dog splashing in the water trying to get up the sea wall got his attention and he came over to investigate, maybe calm the dog and tell him it was going to be alright,” says Officer Lopez.Working quickly, the officer borrowed an extension ladder and some Milkbone treats and went down to the edge of the river to coax the pup to come with him.

He scooped the dog up and carried him to safety. After the rescue, the manatee slowly swam away, as if sensing it had accomplished its task. 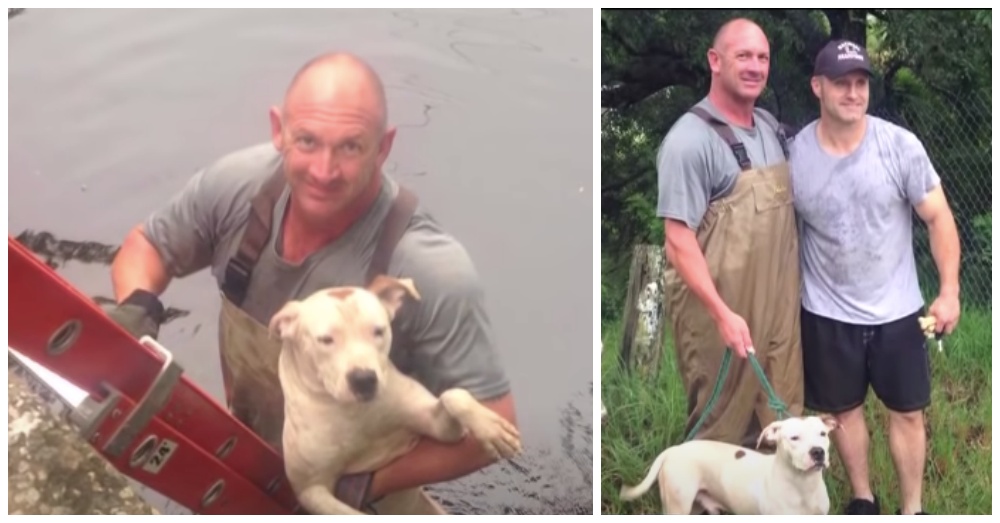 As the dog was being rescued, his worried owner showed up on the scene. The eight-month-old pit bull, it seemed, had been missing since the night before, and his owner hadn’t had any luck locating him until she heard the commotion coming from the area near the river. 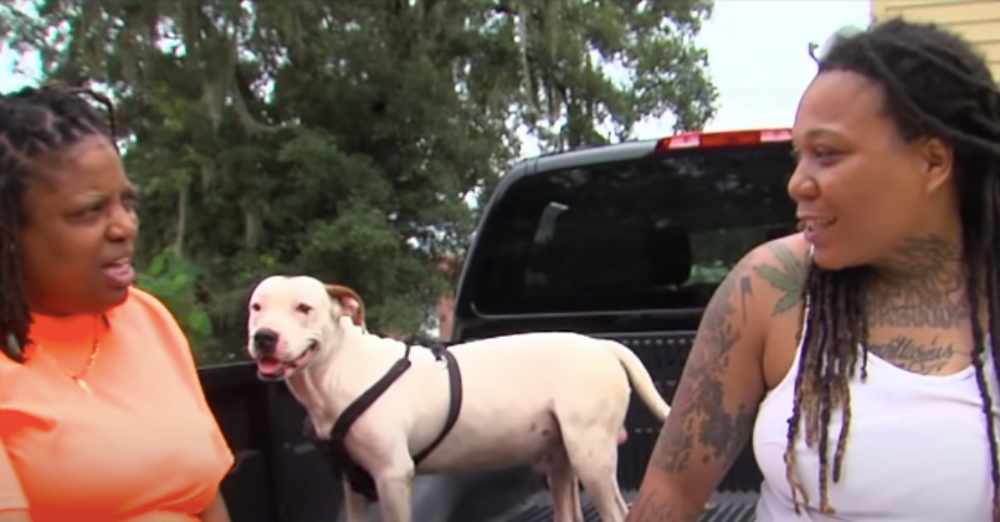 Of course, we’ll probably never know for sure exactly what the manatee’s intent was when it hunkered down next to this terrified dog, but we can at least imagine that the friendly creature was watching over its fellow mammal and ensuring that it got to safety.