International Anti-Poaching Foundation’s (IAPF) Akashingas (which means “brave ones”) is an all-female team of highly trained rangers who protect wildlife in Zimbabwe.But the women aren’t alone.In 2019, a Belgian Malinois named Katana joined the team as a conservation dog.“A dog’s sense of smell is somewhere between 10,000 and 100,000 times more acute than ours.

The area of a dog’s brain that analyzes olfactory information is also 40 times larger than that of a human,” shared IAPF.Her unique set of skills and powerful snout have already tracked down countless poachers.IAPF Founder Damien Mander told One Green Planet,

“Katana’s work can hopefully close the distance between our ranger teams and the people that have made incursions into our areas which are until we know otherwise are always presumed to be poachers.”The team of rangers have been very successful in reducing poaching and protecting endangered animals.

According to IAPF, there has been an 80% reduction in poaching activity and an almost 400% increase in wildlife populations since Akashinga started in 2017. 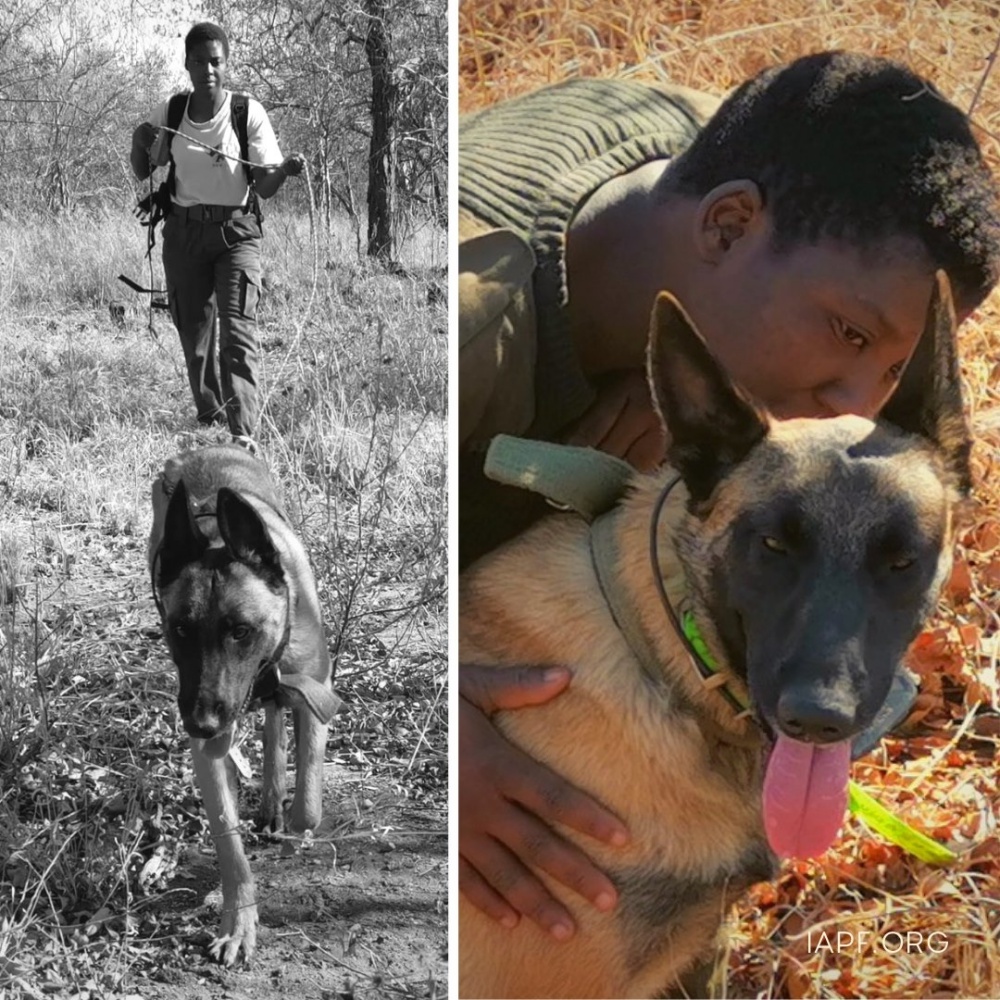 Just like the other rangers, Katana continues to do practice drills with her perfectly picked handlers. Sergeant Tracy Basarokwe was chosen because she is a good runner and familiar with dogs. Ranger Future Sibanda’s positive energy and willingness to learn make her a great match. 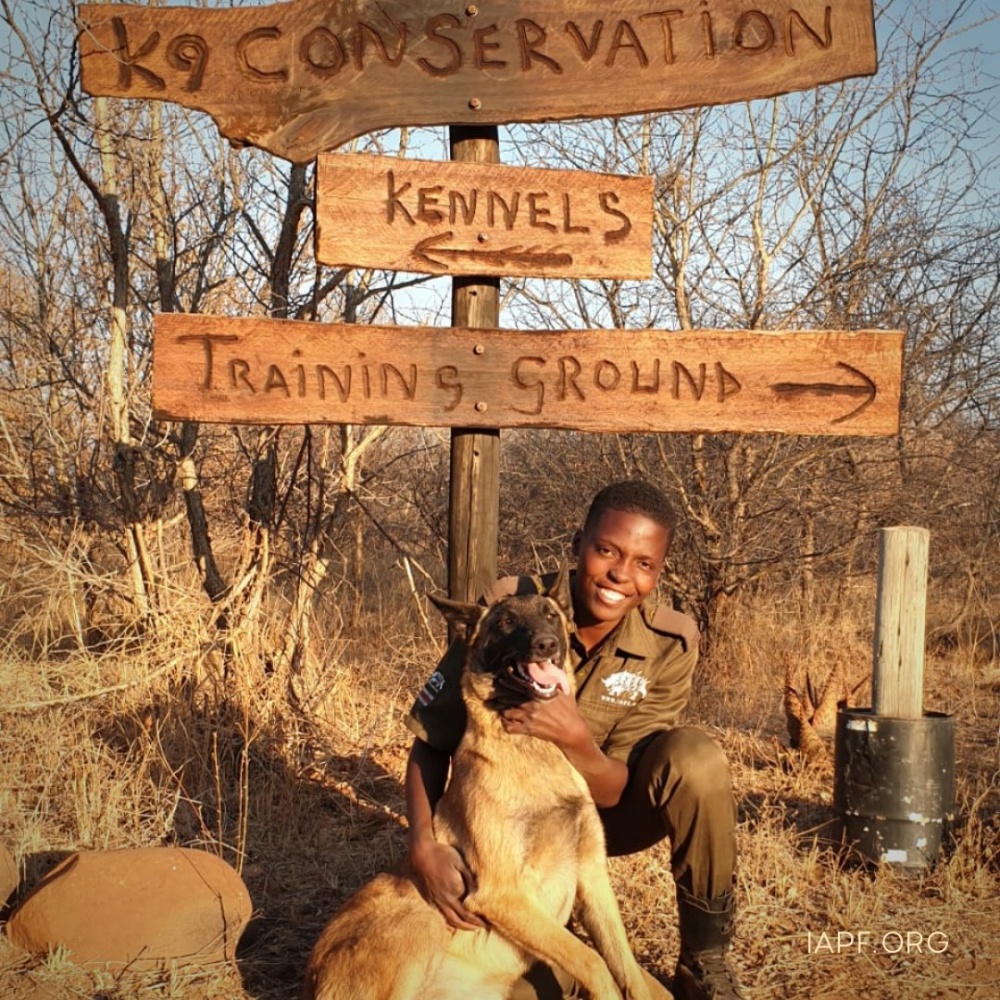 “Training exercises such as these take place twice a week or more, and ensure that the rangers and K9 units alike are well-prepared for whatever they may encounter in the field,” states IAPF. 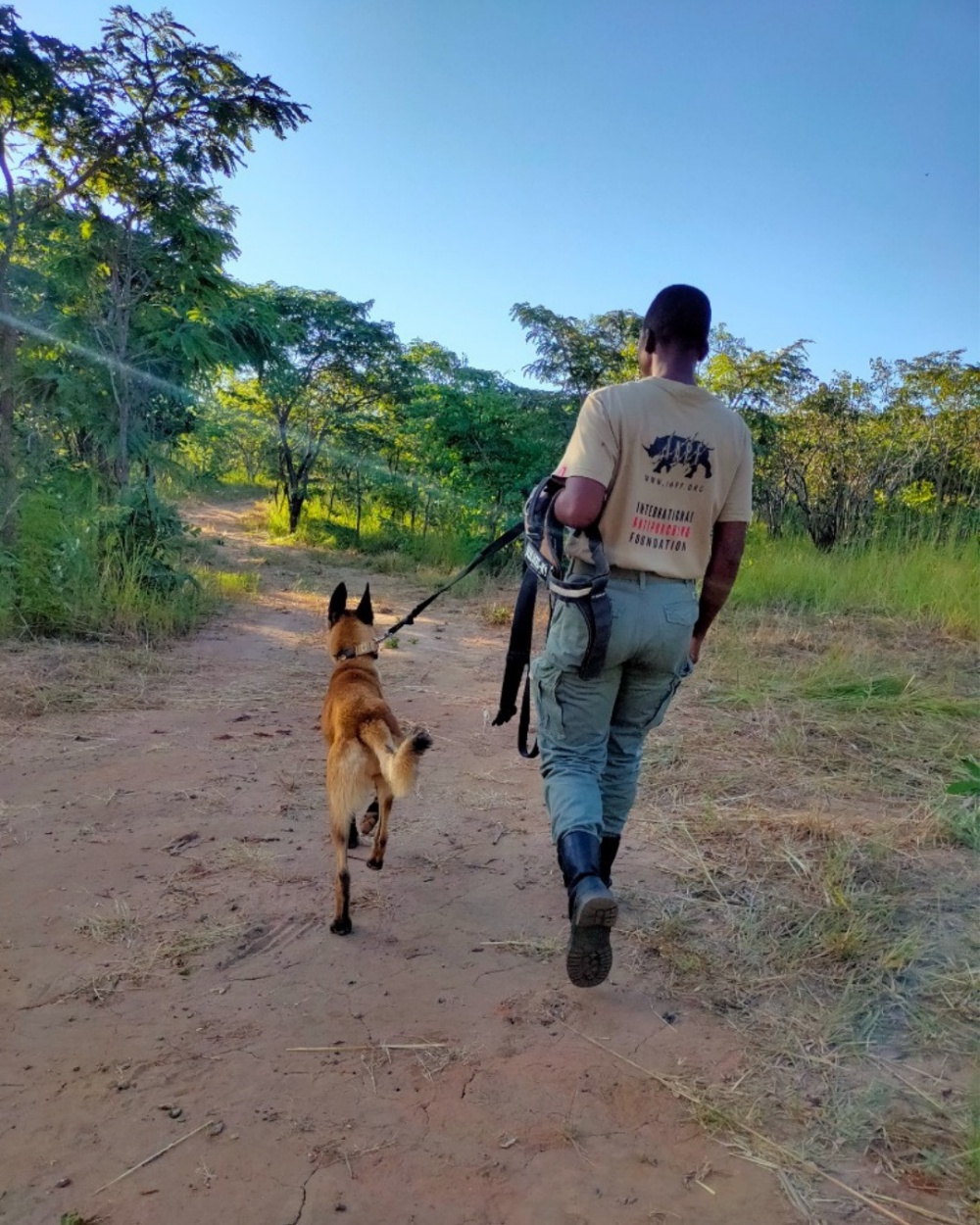 The rangers thanked Canines for Africa and K9 Conservation, who train conservation dogs and rangers, for providing an amazing teammate. 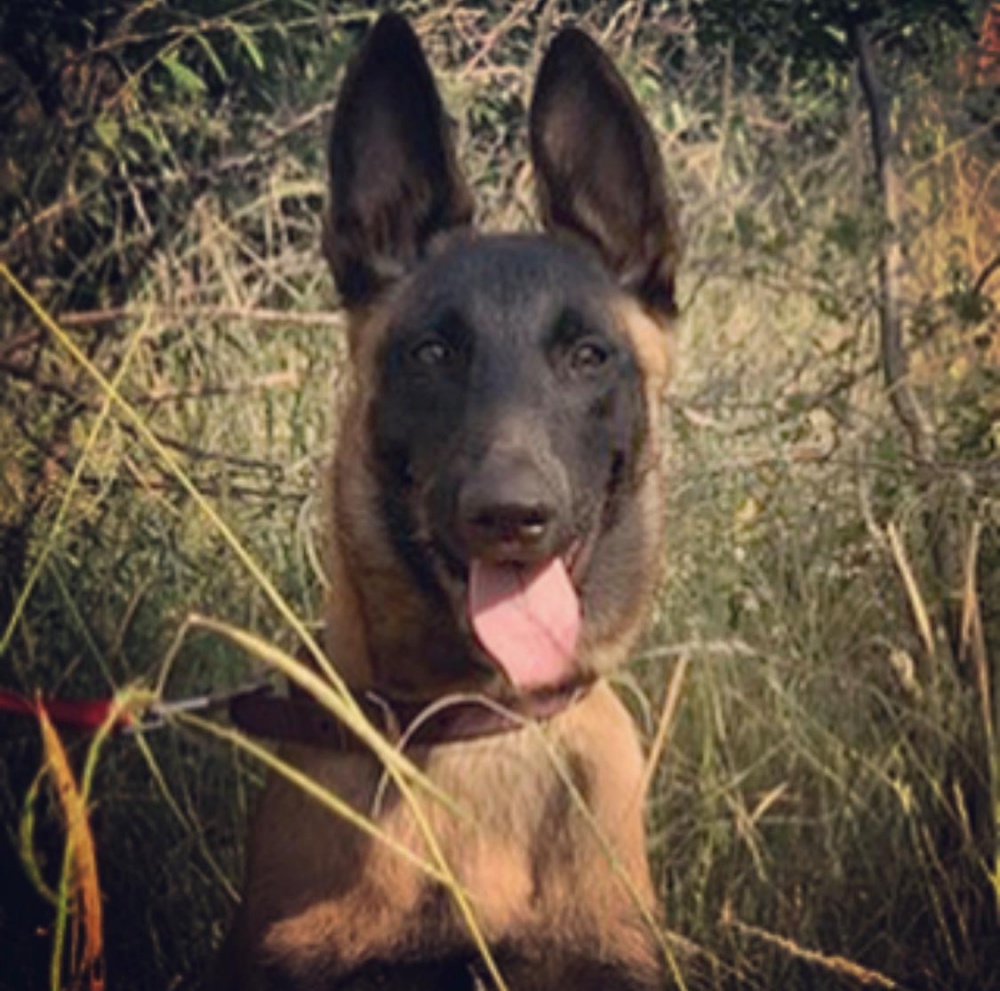 The brave women and Katana have dedicated their lives to protecting innocent animals from ruthless poachers.

Wild animals aren’t the only ones who have benefited from the Akashinga rangers. Women and their communities are experiencing less poverty, disease, and living longer. IAPF plans to help even more women with a goal of hiring 1,000 local women by 2025 to help protect 20 nature preserves.

These warriors are an inspiration to us all to make a difference.