Lady and Reilly had set off on a big doggie adventure, however, they went alone without supervision – that’s because they’d made a great escape. Their owner, Jason Norris, was the one to make the discovery of a hole in the fence when he realized his dogs were missing.

The concerned pet parent immediately went looking for his dogs, spotting them taking a stroll on the side of the road close to a hospital. Norris called out to them. Lady made her way back, but naughty Reilly kept going. This lack of obedience nearly cost Reilly his life. 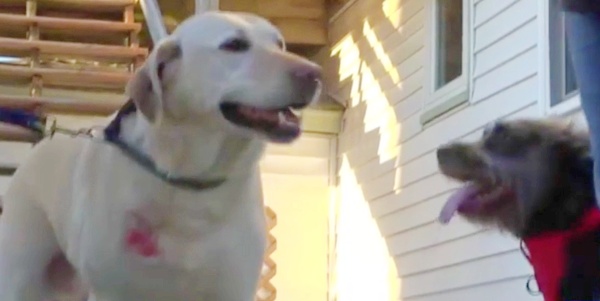 It was a patient at the Northern Light Eastern Maine Medical Center in Bangor, Maine who first alerted staff to a dog in trouble outside. Four nurses quickly leaped into action to help.

RN Kara Calor with NLEMMC said, “By the time we got there, we realized he was in the water with his head stuck under a rock. Maybe like 10 minutes maneuvering his head a little bit. He was scared.” 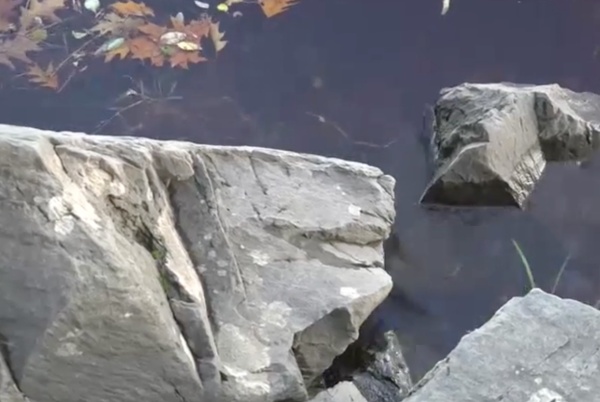 Norris wept at his reunion with his lost dog. He told the local media that he’d been deployed by the military three times, yet he “can’t remotely thank the lady enough for what she was willing to do to bring my dog back home.”

Besides a few scrapes and one puncture wound on the chest, Reilly is doing fine. Norris has plans to pay the kindness of the nurses forward as a thank you for saving his dog’s life.