Our puppies are born little angels. They truly know how to love and care for their humans in the best way they could. Snuggle up to their owners or looking at them with innocent eyes – it’s enough to heal their human souls, pawsplanet.

The adorable and careful, Bentley in today’s story is an example. The golden retriever puppy takes his job of seeing his human sisters get on the school bus every morning. He won’t go inside the house until his sisters are safely on the bus. 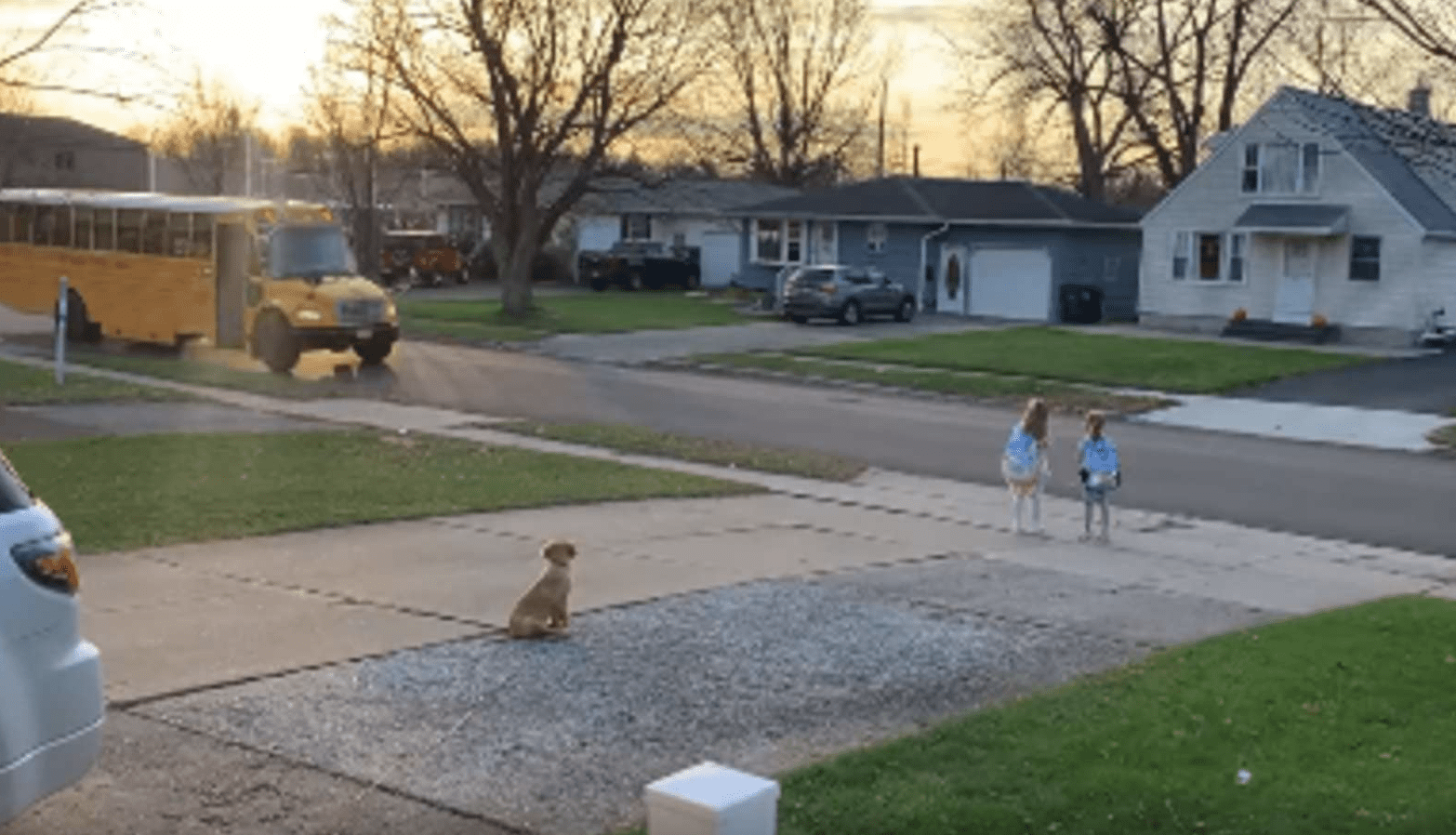 Bentley was adopted by Melissa Nixon and her family 3 years ago. The little good boy has everything his family hopes for- smart, loving, and family-oriented.

The puppy gets along well with his sisters and brothers. Every day of him is busy yet interesting. He has a lot of time playing with them. 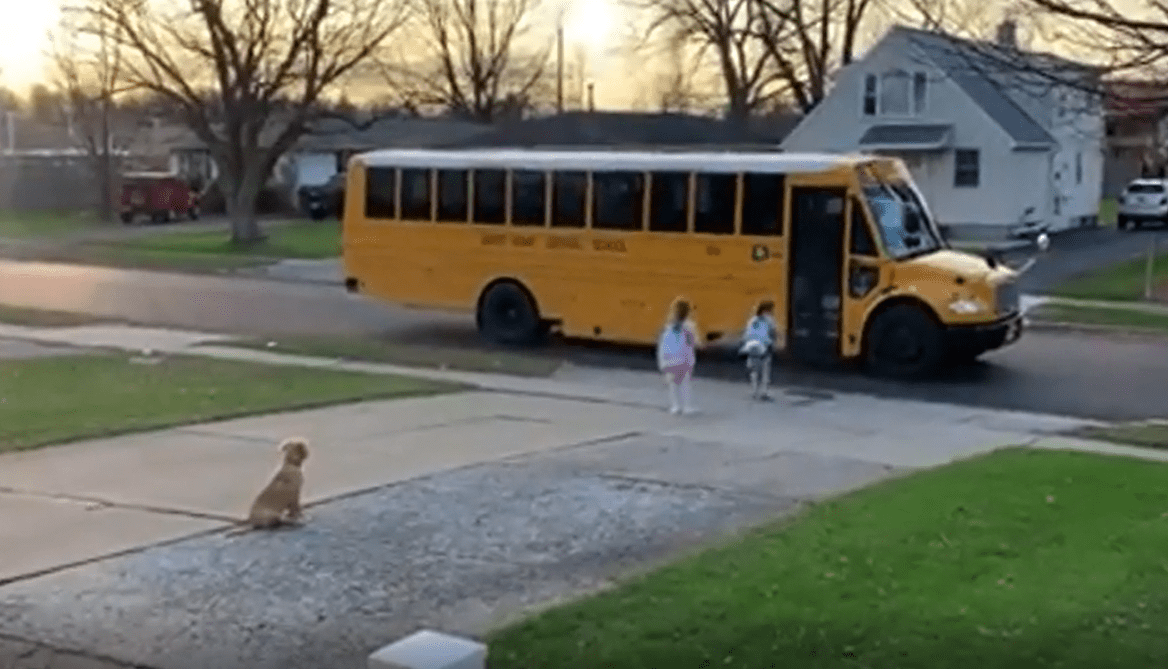 When two of his girls have to go to school in the morning, Bentley follows them and waits until both are safe on the school bus. He considers it his job and does it seriously. 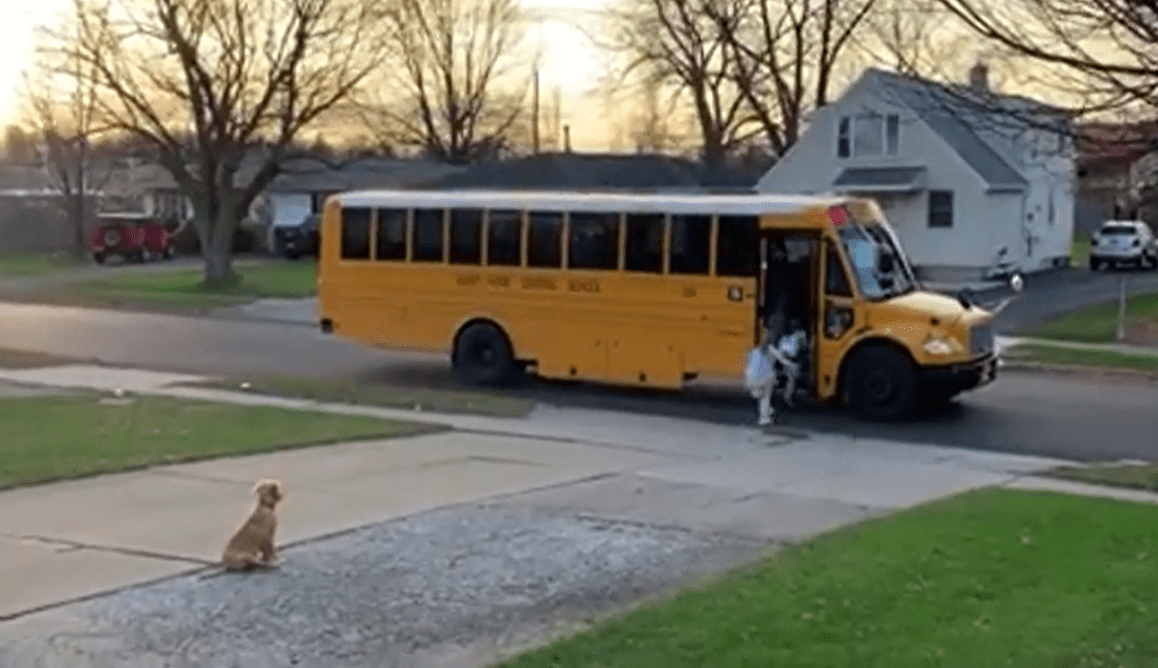 “We got him when they were in hybrid learning, so they were going to school half the time,” Nixon told The Dodo. “I think at first he wasn’t sure where this giant yellow object was taking his children, so he would just sit out there confused.” 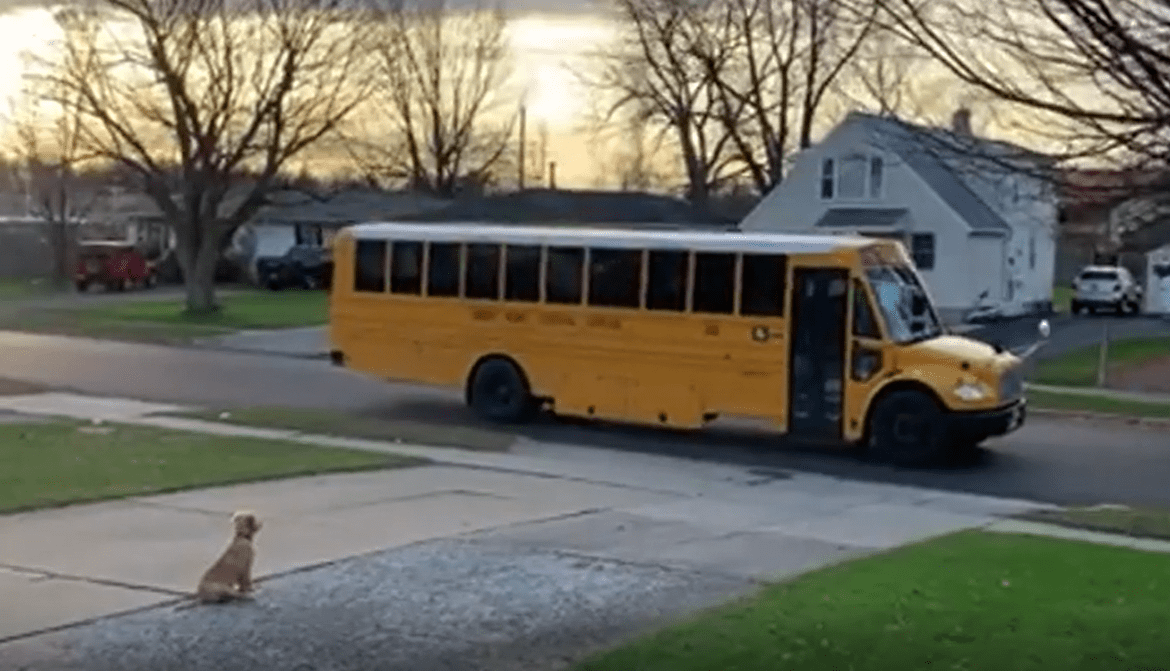 Bentley’s sisters love him so much that they introduced him to the bus driver. The pup now gets used to the school bus and gets a special shout-out whenever it pulls up to his house. 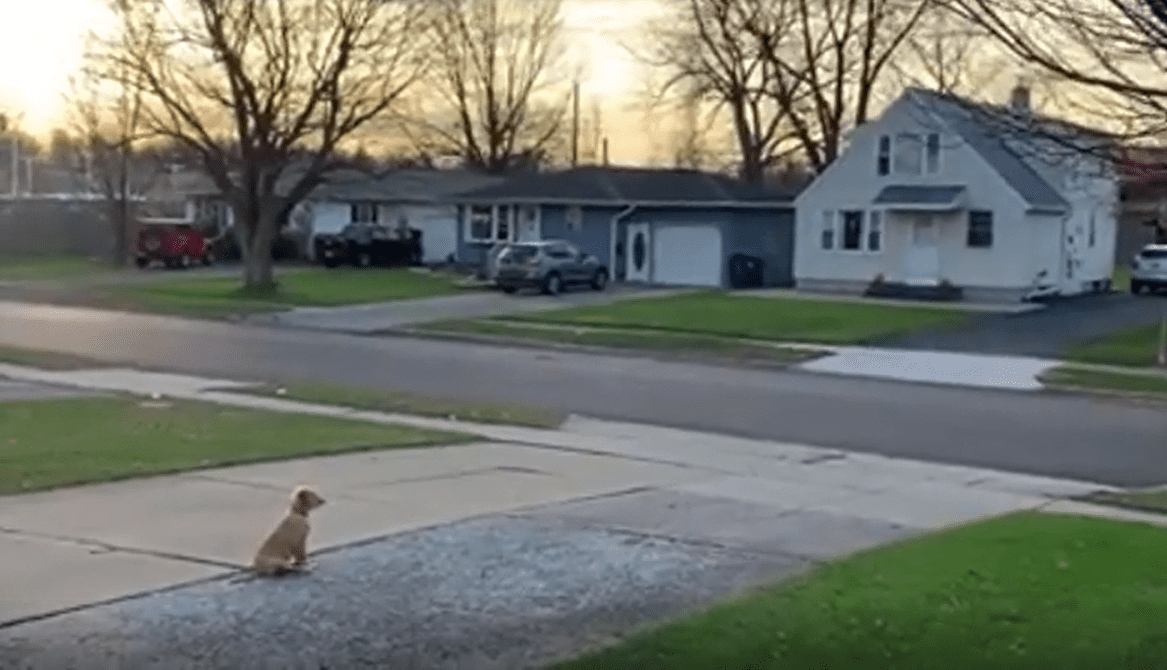 “They do the loudspeaker every morning and [Bentley’s] very energetic,” Nixon said. “But as soon as he hears the loudspeaker say, ‘Hi, Bentley!’ he sits still and stern like, ‘Don’t mess with my children.’” 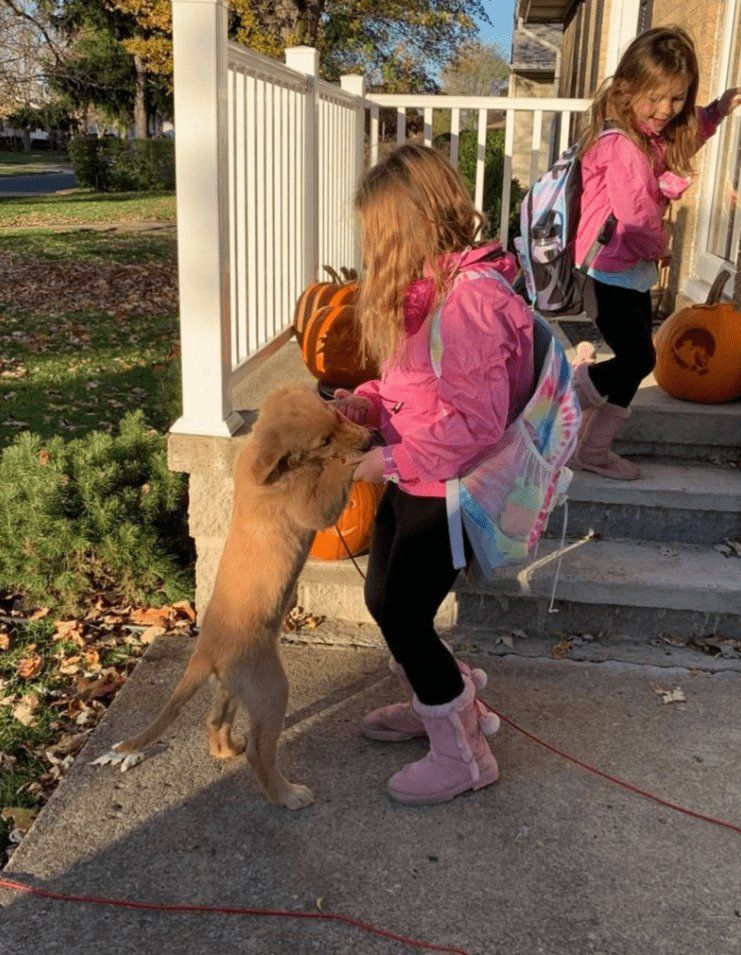 Actually, Bentley loves having everyone home. He prefers online school as he can still stay with his girls even when they’re at school. That’s why he is excited to greet his sisters when they come home from school. What an adorable and smart pup! 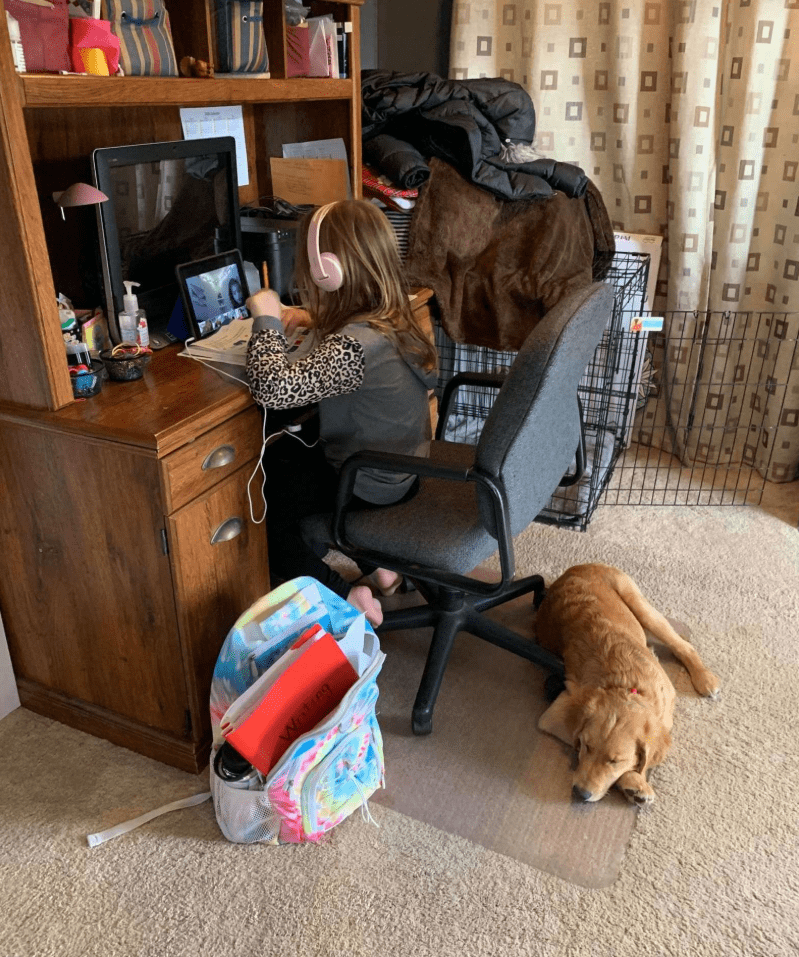