While many people have various opinions when it comes to Pitbulls, the dog lovers that adore these breeds certainly will do anything to show them they are loved.The following story of how pitbull lovers Manny and Ina found their new dog certainly proves this to be true.

The dog in question is a Pitbull named Pablo. When his new owners arrived at the shelter, they were hoping to be the perfect match, but were still waiting to see how well they got along with the dog.
Much to the surprise of the staff at the shelter, Pablo was about to make quite an impression.

As soon as Manny began to approach Pablo, the Pitbull started growling. In a split second, the dog latched onto the sleeve of Manny’s coat, tearing the fabric to pieces! 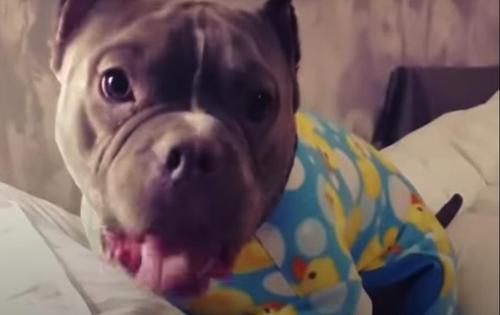 How would you react to a strange dog destroying the arm of your coat? Most people would be horrified and that was the exact reaction of the rest of the staff at the shelter. 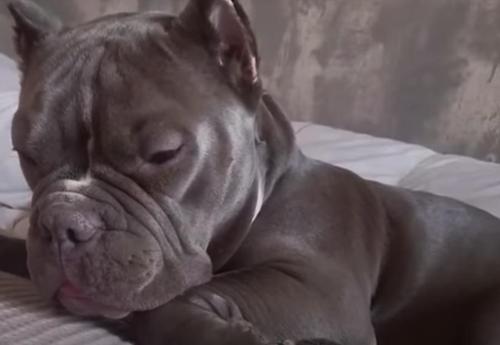 After seeing Pablo treat his potential owners that way, the shelter staff feared that the deal was off; there was no way Ina and Manny would take the dog now. 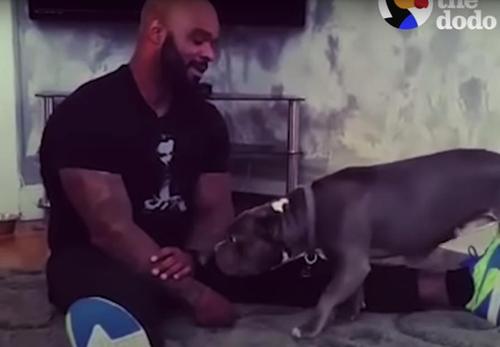 While this would likely be true for anyone else, Manny is different. Pablo’s display of aggression was initially off-putting, but Manny knew that it was just Pablo’s way of lashing out. 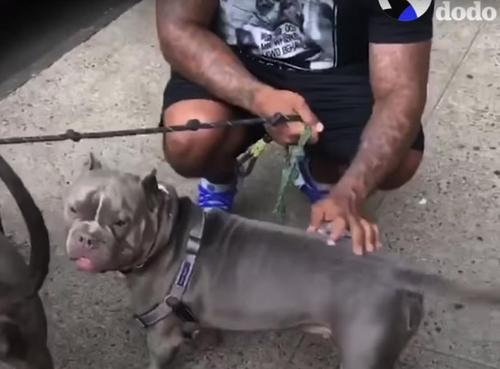 If Pablo was ever going to find a new home, Manny was likely the last person that would be willing to take him.

While everyone else in the room held their breath in shock, Manny replied by saying, “I want him even more now.”

What a surprise! It takes a true lover of animals to connect with a dog like Pablo on a deeper level. 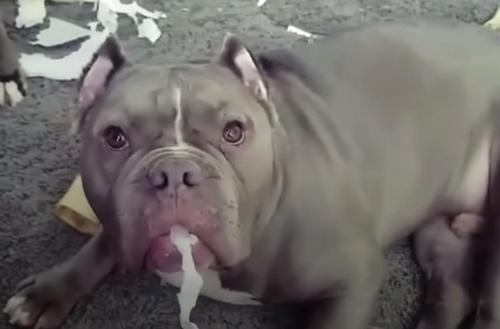 After Manny and Ina decided to take Pablo home, they were sure they made the right decision. They would help Pablo grow into the sweet loving dog that all Pitbulls can be.

After they took Pablo home from the shelter, the couple learned more about his behavior and what happened in his past.

During an appointment, their veterinarian ordered some X-rays. They discovered that someone kicked Pablo in the face as a young dog. It was this abuse that caused the dog to have such a negative reaction to men.

Though it took a lot of patience, Pablo eventually began to warm up to Manny. Now days, Pablo cuddles up with his owner and just enjoys being a dog.

Once this story was posted to YouTube, the video received over three million views. It seems the rest of the world loves to hear about dogs like Pablo finding their forever homes just as much as we do.