Meet Jamie, the 13-year-old Burmese cat who ended up in a shelter after his owner moved into a nursing home and couldn’t take him with her. When Jamie arrived at the RSPCA Australia, he had cat flu, bad teeth and kidney problems, but they gave the kitty the medical care he needed. Still, the staff were worried no one would want such an old cat…writes pulla-world

Then, a young woman named Sarah Dempsey stepped in. She came to the shelter looking for a cat that would keep her company. “When I first met [Jamie], he was asleep, but woke up as I bent down to look at him,” Dempsey told The Dodo. “He clearly wanted some pats… I knew he’d rescue me from feeling alone, and I’d do the same for him.”

She took Jamie home, and now he’s obsessed with her. “He won’t leave my side,” Dempsey said. “He likes talking to me at night and follows me around my apartment.”

But the best part is that the cat won’t even sleep, if his new mom isn’t holding his hand. “If I let go he wakes up, meows, and claws my hand back to him,” Dempsey said. “I think we’ve bonded already.”

Meet Jamie, the adopted cat who won’t go to sleep until his new mom holds his paw 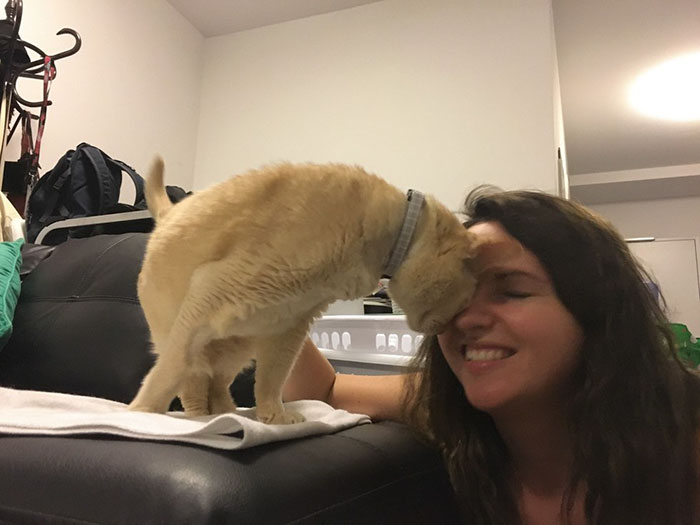 A young woman adopted him. “He won’t leave my side… He is extremely affectionate” 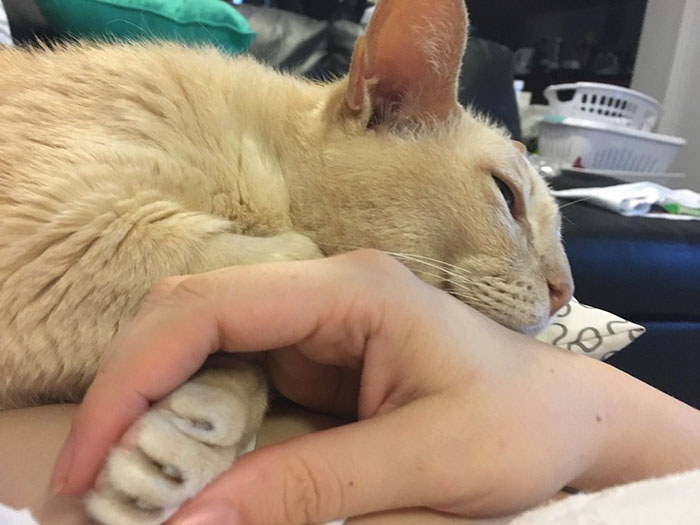 But the best part is that the sleep together holding hands 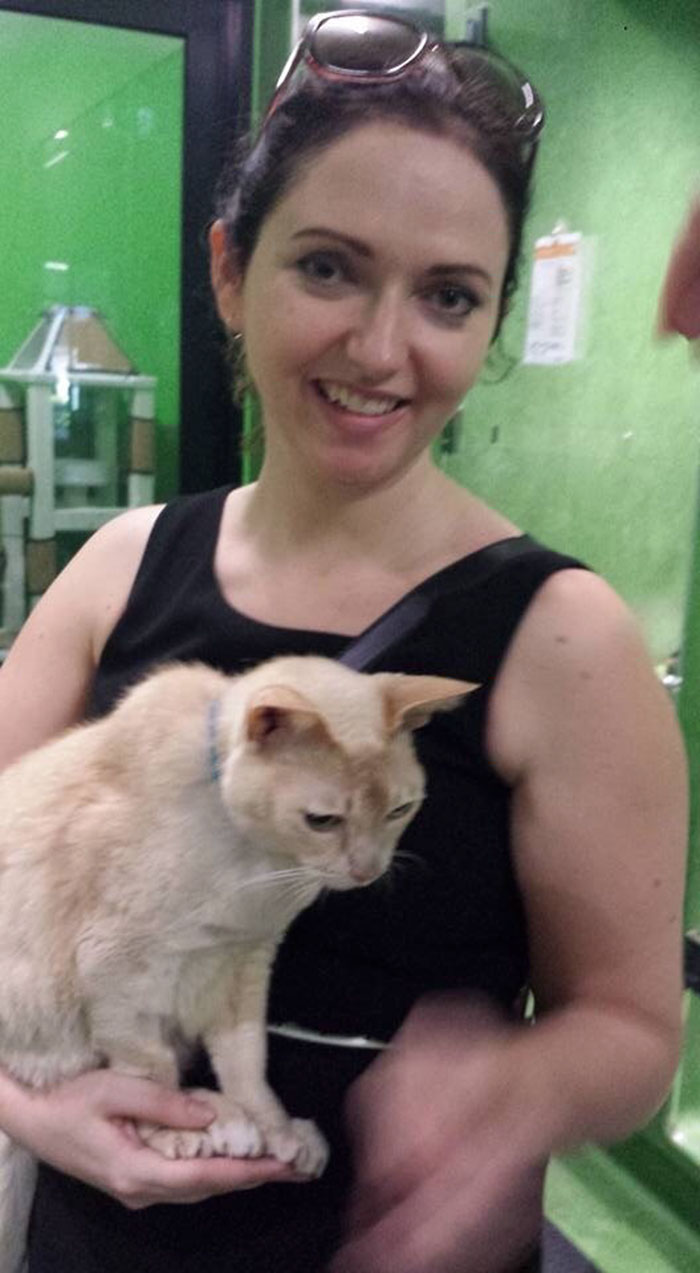 “If I let go [of his paw] he wakes up, meows, and claws my hand back to him… I think we’ve bonded already”