When the loving owner of dogs Fred, Ricky and Ethel passed away suddenly, the dogs lost their home too. Instead of being placed at a shelter, the trio was thrown out on the street like trash. The dogs had no idea how to fend for themselves, so they kept lurking around the house for 18 months hoping for their owner to come back.

When rescue group “Hope For Paws” heard about the plight of these dogs, they immediately agreed to help. When they arrived in the neighborhood, their hearts broke to see the once pampered dogs living like paupers on the streets.

Fred was lurking around his old home in desperation. He didn’t want to leave the place, so he put up a fight against the rescuers.

The poor thing eventually gave in when he saw that the rescuers were there to save him.

Later, Ricky and Ethel were also found dejectedly scavenging for food nearby. After much struggle, they were rescued too! The trio was taken to the shelter, where they felt the comfort of a couch for the first time in over a year. 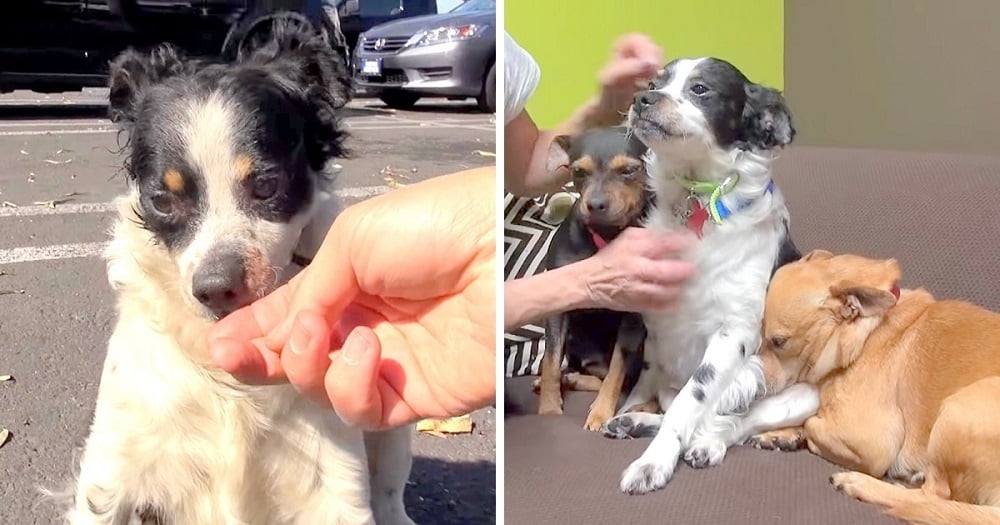 They have all been placed under foster care now. 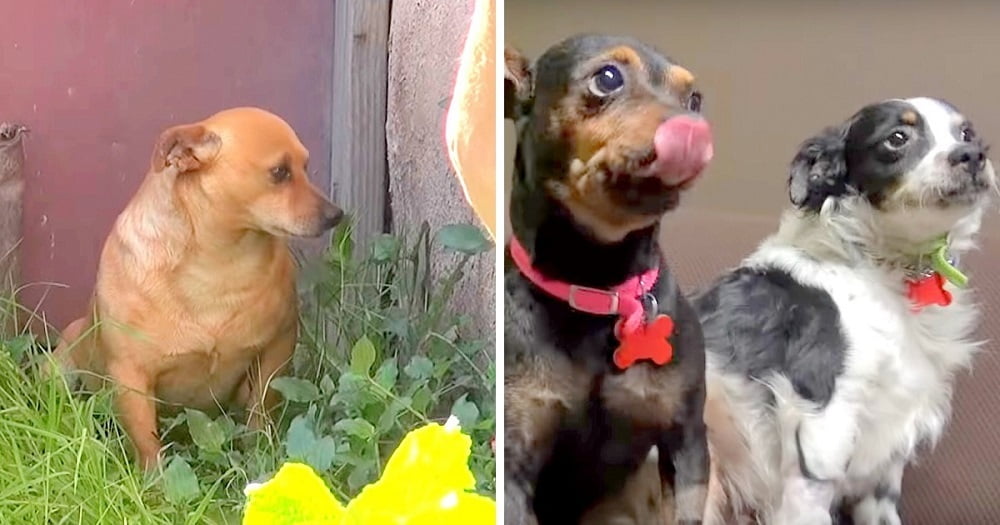 They tightly hold on to each other with tears in their eyes as they start hoping for a better life once again. They are looking for their forever homes now. Spread the word and help them get adopted.