A newborn kitten was discovered alone on the chilly streets of Montreal, Canada; she had been abandoned and had no mother, so she was transferred to an animal shelter to be cared for.

His health was stabilized by the shelter personnel, but he needed particular attention.

As a result, they sought assistance from the Chatons Orphelins Montréal rescue group.

“When she arrived with us, we continued to keep her warm. His eyes were closed and it was just skin and bones.

The situation of the small orphan cat moved the rescue group, and they resolved to help her right away.

Milena, a rescue center foster volunteer, brought the kitten home with her and started bottle-feeding her 24 hours a day.

The beautiful feline clung to the bottle like a true champion and seemed very happy to be hand-raised by her keeper.

“His survival instincts were strong from the beginning. Every hour she cried for her bottle and ate to fill her heart. She was constantly gaining weight. 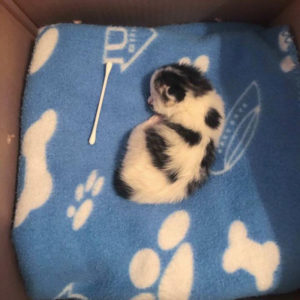 Lou was the kitten’s name, and she’s doing great in her foster home, but she need a playmate and someone to snuggle with. 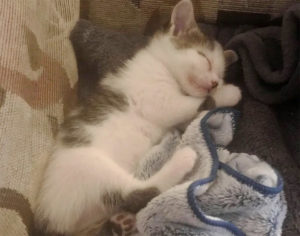 Lou would try to crawl over other resident cats in his foster home for some attention whenever he spotted them.

In that month, a litter of kittens was rescued as well; They were in very poor health, but the rescue team received them in order to save them. 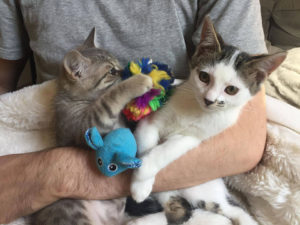 “At first, we were afraid that they wouldn’t make it. The antibiotics took a long time to work, but everyone started eating alone again. 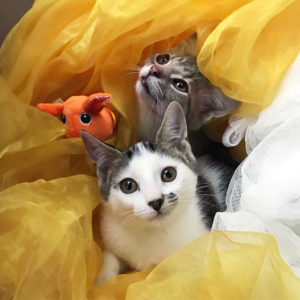 Griotte, a kitten from the rescued group, had a seriously infected eye, but the tiny girl was able to get through with a lot of patience, care, and love. His eye eventually healed and he was able to restore his eyesight, and it has since blossomed in a spectacular fashion. 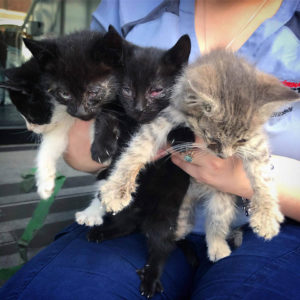 Knowing that meeting other kittens could greatly benefit Lou, they decided to introduce him to this litter of kittens, and he instantly connected with Griotte. 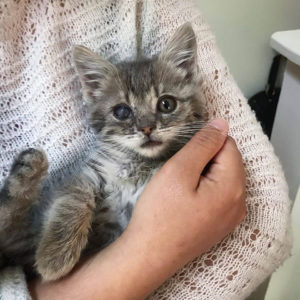 «24 hours after meeting, they followed each other everywhere. Since then, they have been a close couple, napping, fixing, running and doing everything together. 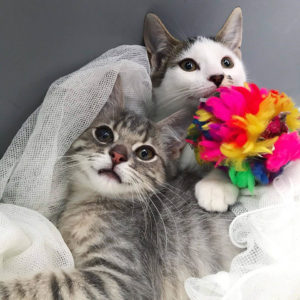 Sweet Lou was so happy to have a new sister that she insisted on staying by her side, and didn’t want to be away from Griotte. The best of all is that this feeling was mutual, because Griotte did not want to separate from his new best friend, and in a short time these two felines were inseparable. 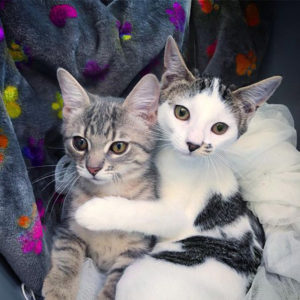 Lou and Griotte are so sweet. They have different personalities, but they make a perfect match.

Lou is the representation of joy and fun, she is very curious and enjoys her expeditions around the house. 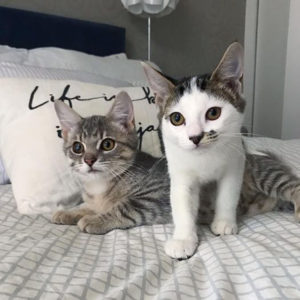 She is always looking for new adventures and enjoys causing havoc all around the foster home in order to gain everyone’s attention.

Celine expressed herself as follows:

«She jumps into her foster mother’s arms when she wants to be held. After getting some hugs from her human, she goes back to her best feline friend. ”

Griotte has taken on the role of older sister, so she keeps Lou well-groomed with her mandatory, daily lick baths. 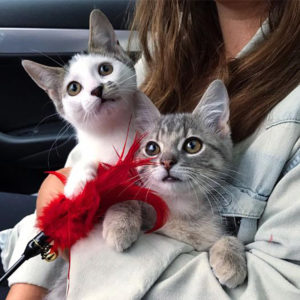 The sweet kitten watches over her sister so that nothing happens to her, and if she hears her meow, she immediately runs to see what happens.

“Griotte has a small cloudy spot on his eye from the infection, but now he can see well and it doesn’t bother him.” 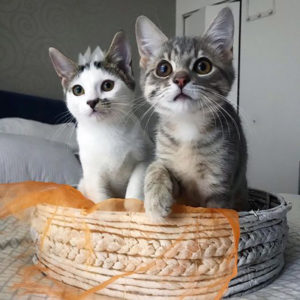 The pair of kittens share a very strong and special bond of sisters; it is so strong that they look for each other when they are not together .

These two kittens have become sisters for life, and thanks to the rescue group deciding not to separate them, the little ones were adopted together and are very happy with their new family forever.