Meow Meow, a loving stray cat from Florida, was abandoned by her family when they moved away. But neighbors stepped up to care for the friendly feline, who became a beloved community cat who loved to be petted and cuddle with everyone in the neighborhood.

“She would visit the neighbors to receive pets and was known for placing her paws on your chest and giving gentle head nudges if you were having a bad day/sad,” the Humane Society of Tampa Bay wrote on Facebook.

But not everyone in the neighborhood was worthy of the cat’s affection. One day, Meow Meow was attacked by two kids who thought it was fun to throw the cat into the air by her legs, and then slam her onto the ground. The children clearly delighted in torturing the animal, because they repeated their cruel game several times.

“Each time she hit the ground she was discombobulated, dizzy and unable to walk without falling,” outraged shelter staff recalled. “It was impossible for her to run away fast enough to escape.” 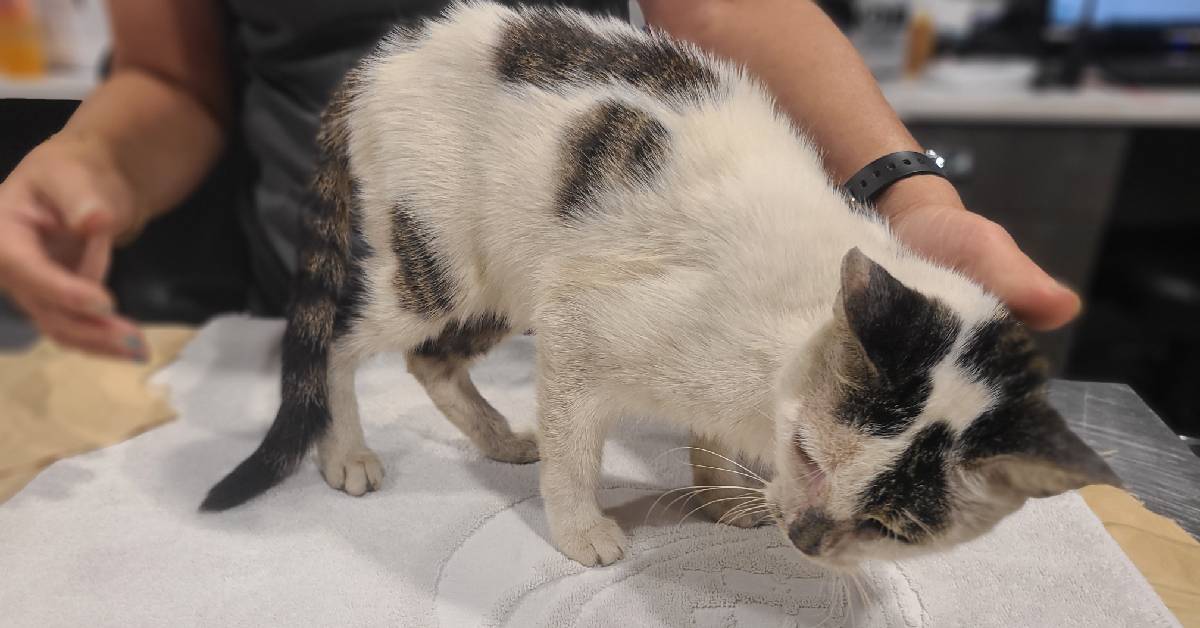 After her young abusers finally left, Meow Meow limped under a nearby trailer to hide. Thankfully, a third child had witnessed this terrifying scene and called his mother for help.

“We received a call from a neighbor who just returned home from work after her son had called her to inform her what was happening,” shelter workers explained. “The young boy asked if he could please take the cat inside so that the two children were unable to torture her again. These kind folks kept the cat safe until we arrived.” 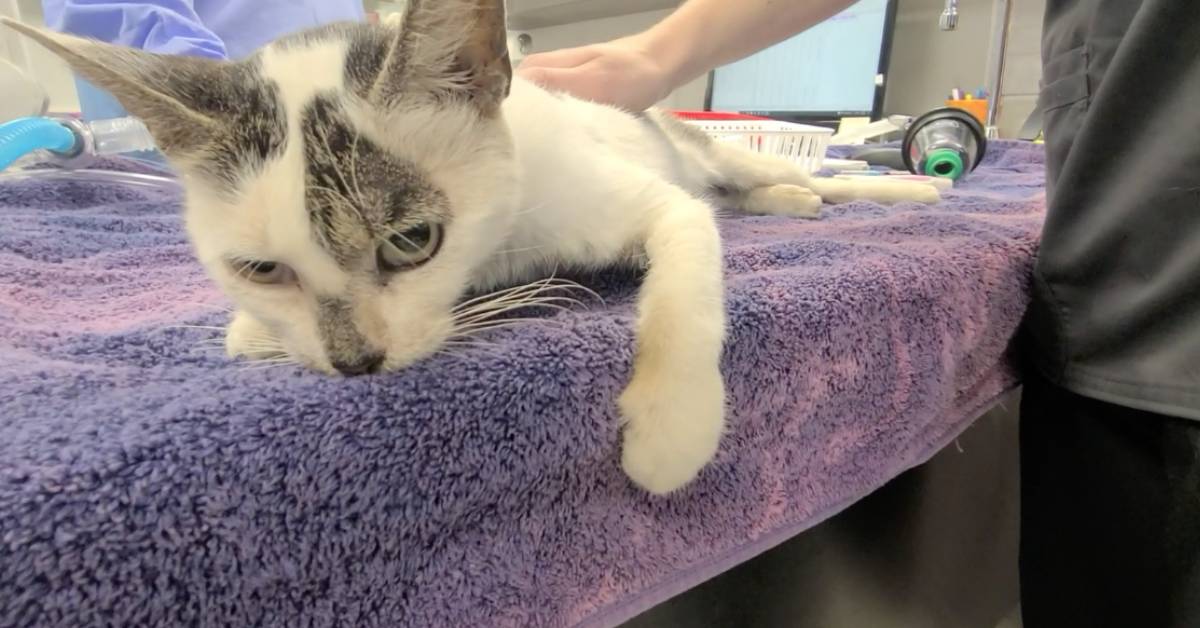 Back at the shelter, workers rushed to soothe the injured cat, who was crying out in pain. Exams and X-rays revealed the cat had a broken femur, which wasn’t surprising considering her ordeal. Sadly, the bone was fractured beyond the point of repair, leaving vets with no choice but amputation. 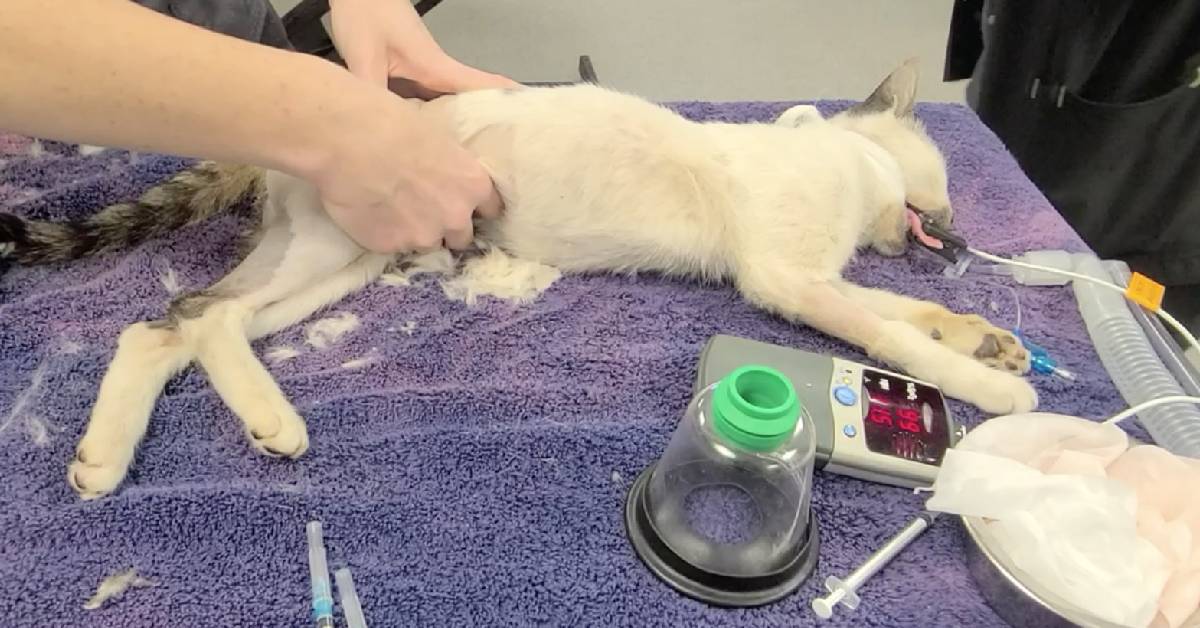 Fortunately, the cat’s leg amputation surgery went well. Soon Meow Meow was on the mend — and as sweet and loving as ever.
“Despite all that she has been through, Meow Meow is recovering VERY well!” shelter workers wrote on Facebook, alongside a video of the affectionate cat making muffins with her new shelter friends. “As you can see in the video below, she is kneading and enjoying all of the attention from our staff and volunteers,” they wrote.

Not only is Meow Meow on the road to recovery, the cat’s heartbreaking story also has a happy ending. After sufficiently recovering from her ordeal, Meow Meow was adopted by a woman determined to give this rescued cat a loving home. 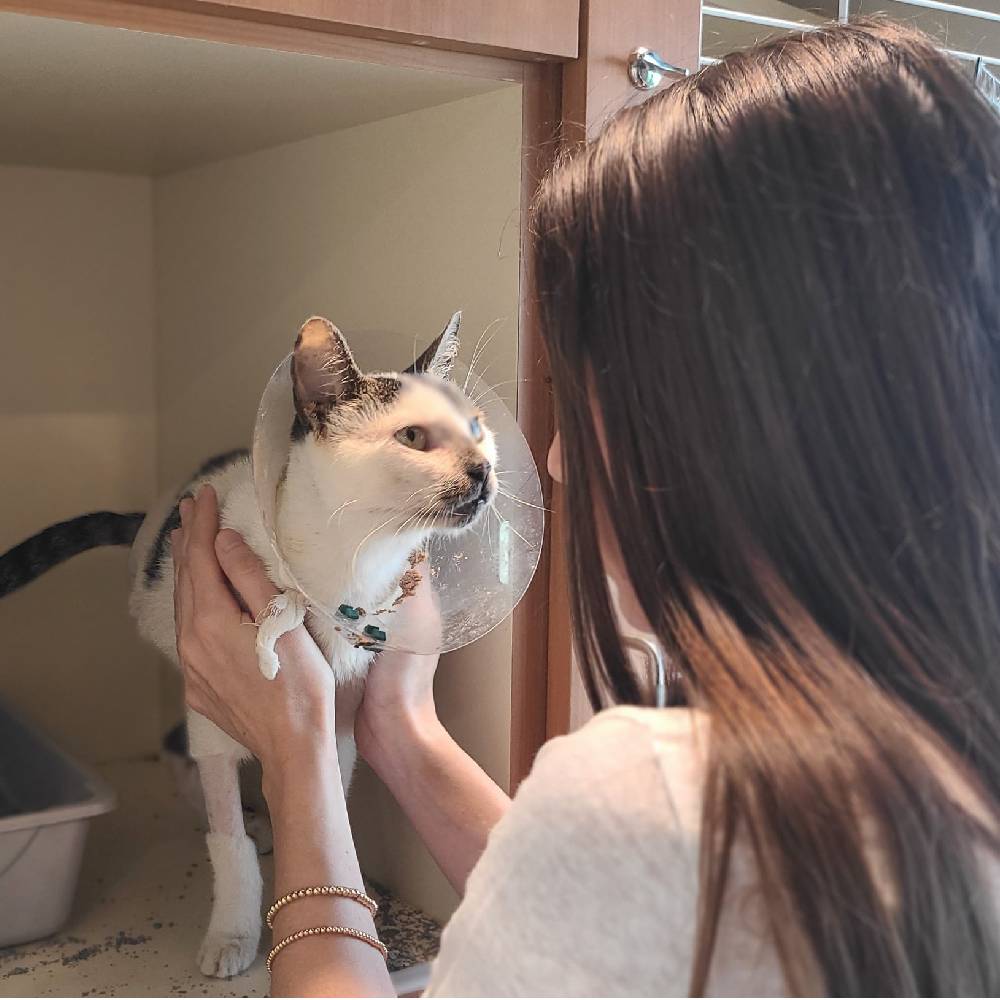 After hearing Meow Meow’s sad story on the news, that woman, Emily, followed the wounded cat’s progress on Facebook. She also checked the shelter’s website each night, eager to see if the cat was ready for adoption. When that day arrived, Emily was one of the first people in line to meet Meow Meow. According to shelter workers, their connection was instant.

“It was love at first sight!” shelter workers rejoiced, recalling how the cat began purring as soon as Emily touched her. “Meow Meow even hopped right into her carrier and was patiently waiting for her adoption to be finished so that she could go home! Emily is over the moon excited to take her home and give her the wonderful life that she deserves!”