This wiener dog and his best friend—a rescued baby porcupine—might be the cutest dynamic duo you will see on the internet this week.Zookeeper Estelle Morgan has been hand-rearing Diablo the porcupette since he was rejected by his mom at Cotswold Wildlife Park in Oxfordshire, England.

When Diablo was just a few days old, Morgan took him home to give him a better chance of survival and introduced him to her dachshund puppy Fig for some essential social interactions to help with his development—and the two critters quickly became best friends. 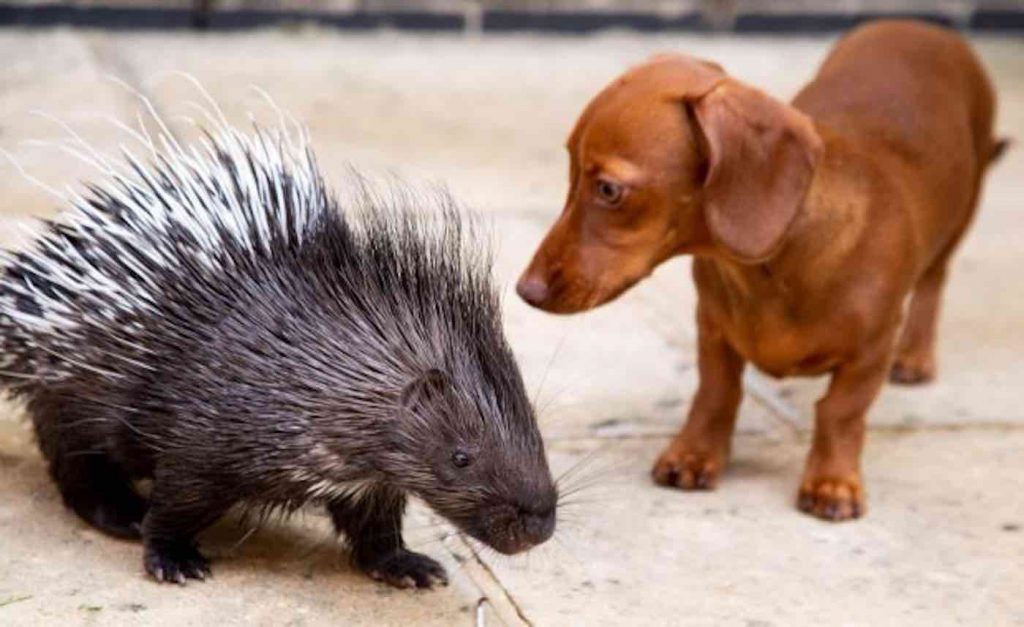 “When Diablo gets excited he will do a buckaroo-style run, where he thrashes his head around and jumps up in the air,” she said. “Under close supervision, they will run around the garden together and Fig has been very gentle and patient with Diablo.”

Diablo was born to parents ‘Hannah’ and ‘Prickle’ at Cotswold Wildlife Park in Burford, but the decision was made to hand-rear the baby porcupine when his mother rejected him.“[Diablo’s mother] Hannah previously had twins in February that she is still caring for, so it is likely she wasn’t really ready for another baby so soon,” says Morgan. “His unexpected arrival was a big surprise for all of us.”

Little Diablo was “very feisty” from birth, but is now showing his softer side and building his social skills with best buddy Fig.He is currently being bottle-fed by Morgan in her kitchen at her home located within the wildlife park. 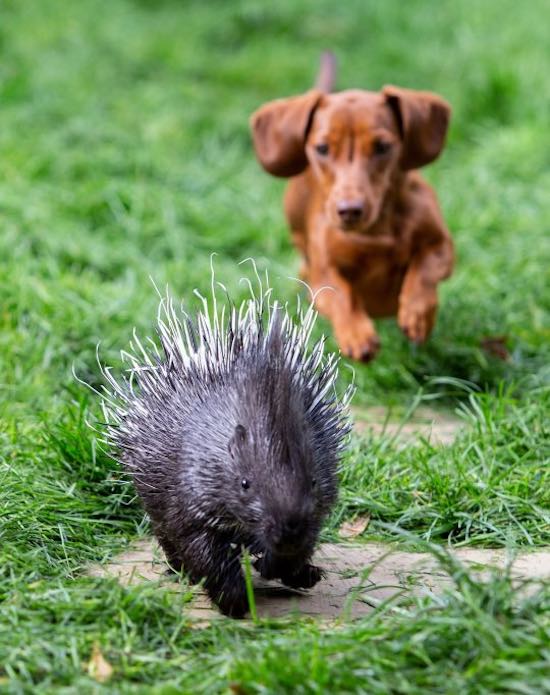 “When Diablo was first born he … wasn’t scared to give me a nip,” says Morgan. “Now he has settled into a good routine and will comfortably follow me around the kitchen and will even come to me for reassurance.”

For the first month, he was fed one bottle every two hours to get him into a good routine. At the time, he weighed just 300 grams (half a pound)—but now at six weeks old, he has grown to a whopping 1.8 kilograms (4 pounds) and developed a liking for apples and sweet potatoes. 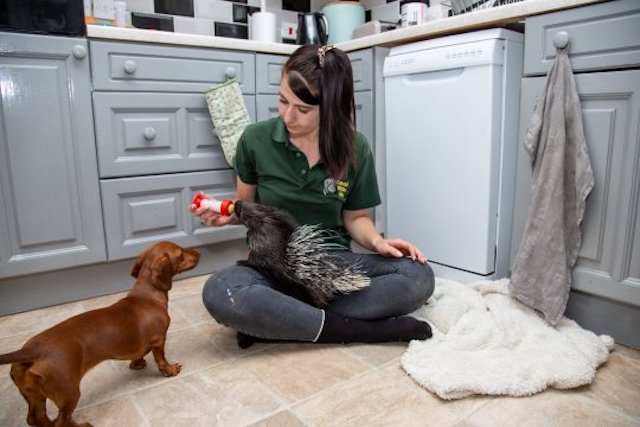 “My most stand out moment hand-rearing Diablo was when he latched on and suckled on his own from the bottle for the first time,” says Morgan. “This happened when he was three days old and was just a huge relief for me—the first few days are always worrying.

“Now, at six weeks old, he is tasting solid foods so he can go longer in-between feeds, which also means I’ve been able to get more sleep,” she added.