Sarah Kate Frey is no stranger to adversity. At just 12 years old, she returned home from horseback riding camp with a painful sore throat and a high fever. The horse she had been riding at camp died that same night. Frey was diagnosed with a staph infection, which took an unusually long time to heal.

“There was just lingering pain and weird inflammation responses that whole winter,” Frey recalled. “I would end up in the ER with really high inflammation markers that we couldn’t explain.” She didn’t know it at the time, but this infection would serve as a turning point in Frey’s life.Over the years, Frey continued to be hit with wave after wave of diagnoses:

a painful neurological condition known as reflex sympathetic dystrophy, a rare hematologic disease, mitochondrial disease, and digestive tract paralysis that has lead to her needing intravenous equipment 24 hours a day to ensure she has her nutritional needs met. “It was a lot to deal with at 13. I’m still a big kid at heart,” said Frey, now 30, “but sometimes it feels like my childhood came to a really quick end. Everything before that was so magical and pure childhood. After that, it was like a really sudden jump into the real world.”

In her early 20s, Frey underwent a medical procedure to insert a port, biopsy part of her liver, and perform a spinal tap. “When I woke up, I was totally paralyzed,” Frey explained. After facing complete paralyzation for a week, and then being unable to walk for the month after, Frey regained most of her strength, but never use of her right arm. Although this is what Frey considers to be one of her hardest years to date, there was also a silver lining — this was the year she met Alice Eloise. 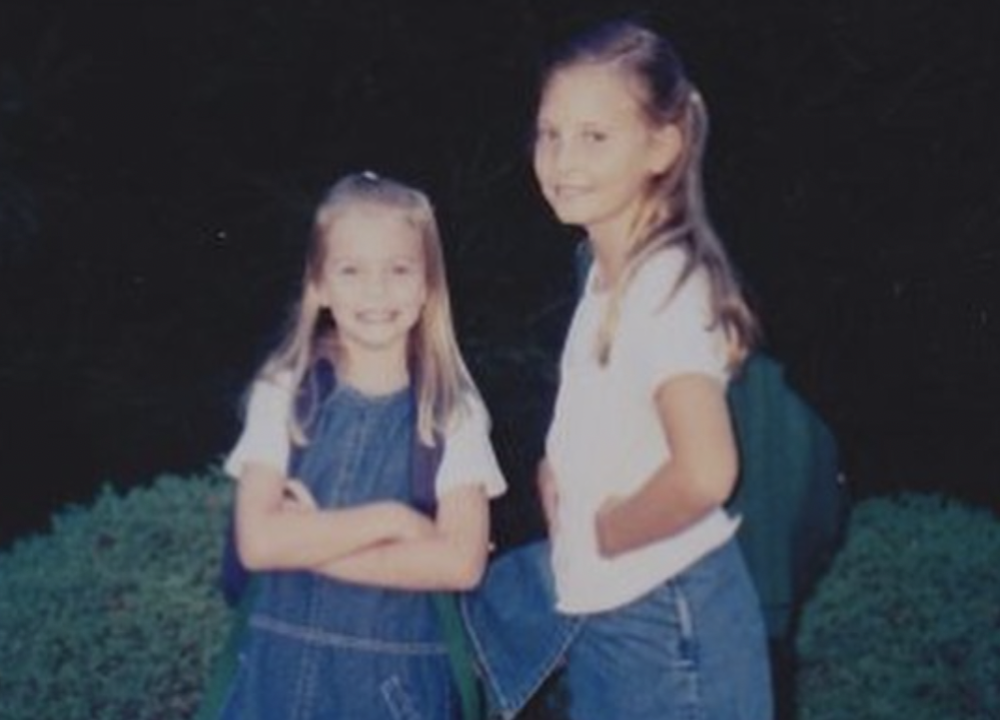 Alice Eloise, a part Labradoodle and part goldendoodle, entered Frey’s life as just an 8-week-old puppy. The double doodle took quickly to her service dog duties, and was soon retrieving essential items for Frey and serving as a buffer between Frey and crowds to prevent anyone bumping into her and causing her more pain. 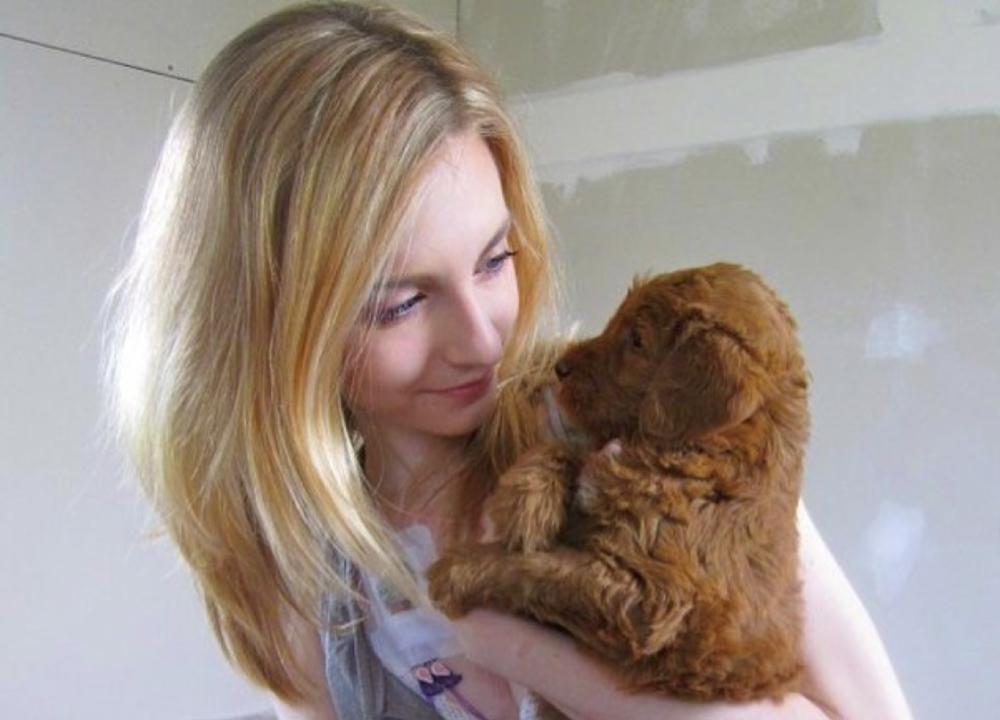 “Her personality has been such an asset because we’ve made so many friends and everybody just falls in love with her,” Frey said. “We have a very special bond. I love spending every minute of every day with her.” Alice Eloise has even made close friends with local UPS driver, Pete, who spends his breaks playing fetch with his favorite dog on his route. 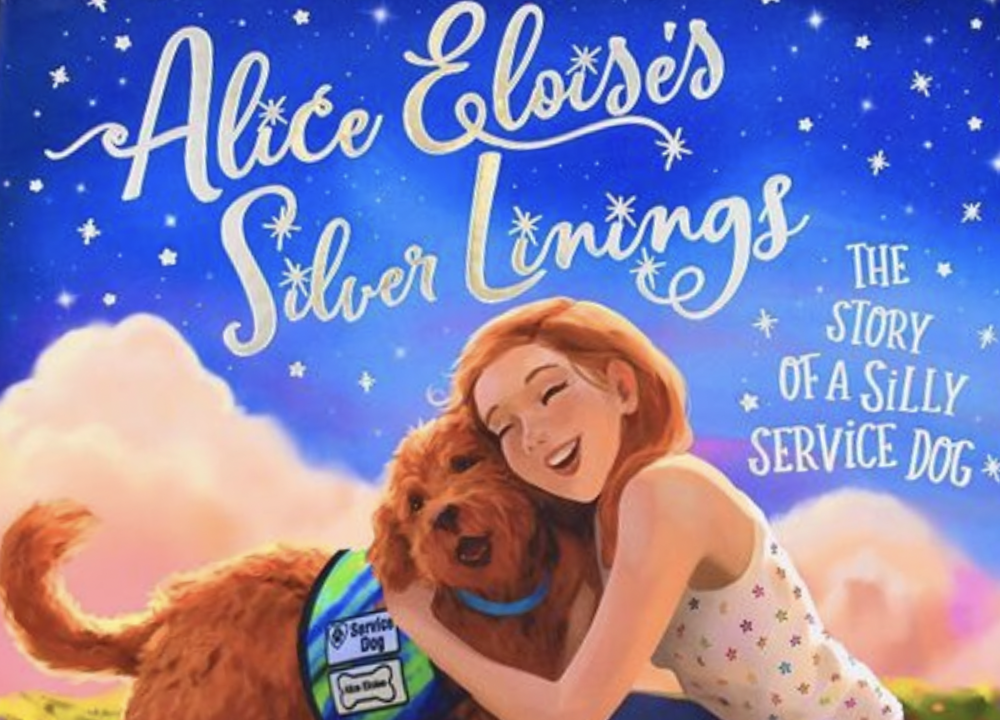 Inspired by her pup’s warm demeanor and ability to bring joy into every day of Frey’s life, the Illinois resident decided to write a children’s book titled “Alice Eloise’s Silver Linings: The Story of a Silly Serivice Dog.” Although Frey started work on this book a few years ago, she soon lost use of her left arm after another medical procedure and had to put a hold on the project. However, when the coronavirus pandemic hit, she was encouraged to self-publish her book. 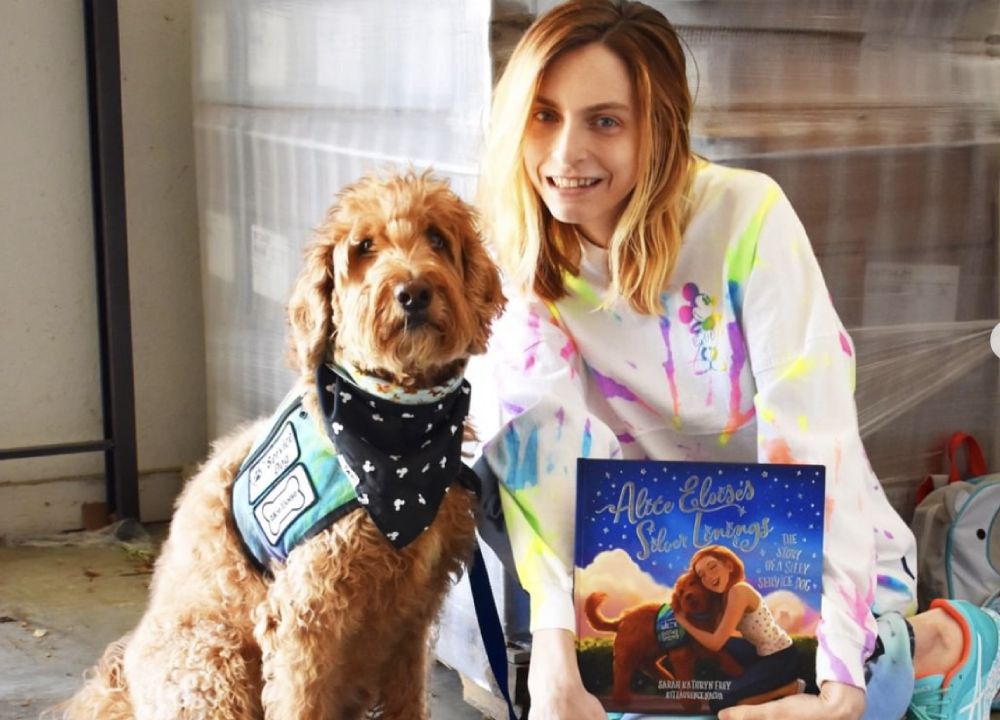 Frey now donates copies of her story to children battling cancer and other illnesses at Cardinal Glennon Children’s Hospital and Mercy Hospital in St. Louis. “We want to get these books into the hands of people that can use it most,” Frey continued. “The thing about our missions that is so important to me is I want people to always remember to look for those silver linings. That even when you’re going through hard times, you can always find something to smile about.”