Daphne is a sweet and loving Boston Terrier. But one thing makes Daphne a little bit different from other Bostons. This plucky pup has two blue eyes, setting her apart from most examples of her breed.

But Daphne is still a cute and healthy dog, according to her owner, @tessvetnurse, who posts videos of the expressive pup on TikTok. One of those clips went viral after Daphne’s owner shared the dog’s heartbreaking adoption story.

According to Daphne’s owner, nobody wanted to adopt the blue-eyed Boston Terrier at first. Some people thought Daphne’s blue eyes were a sign of poor health or future blindness. Others thought she looked a little weird. According to @tessvetnurse, being different almost thwarted Daphne’s chances of finding a home. 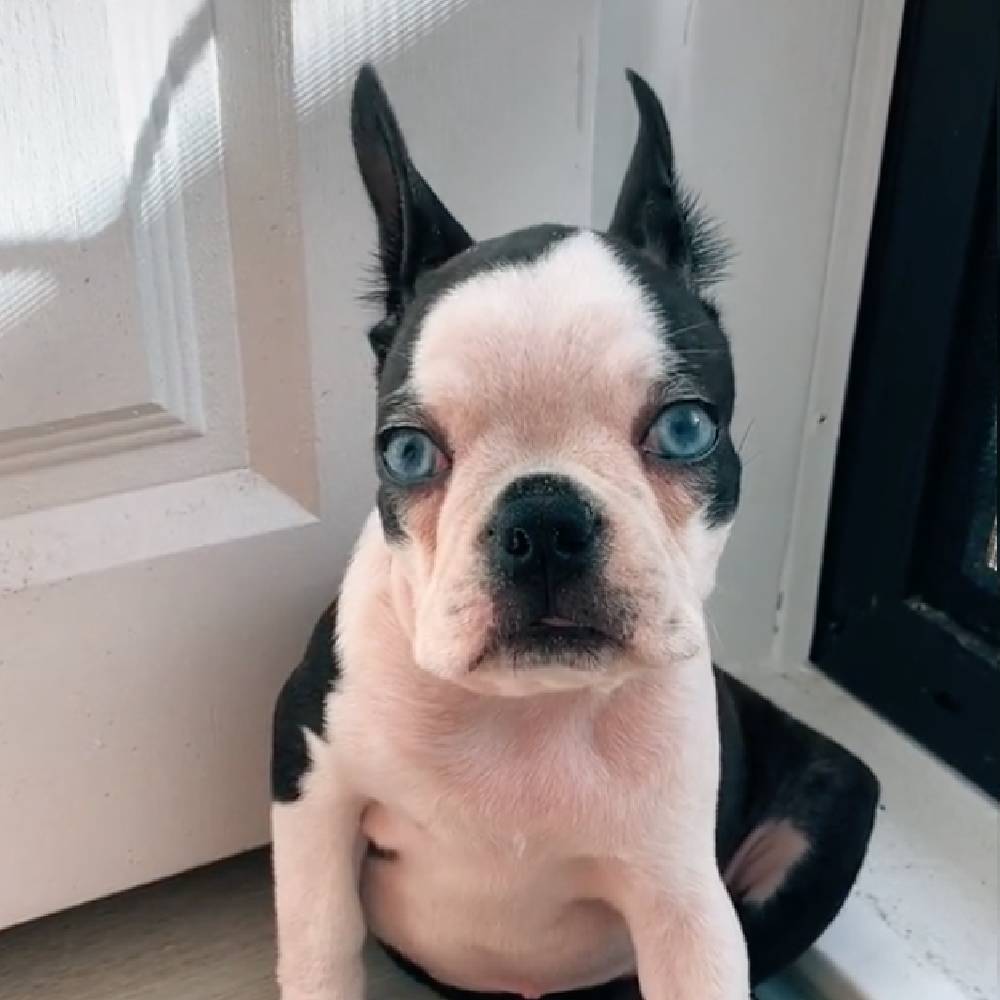 Fortunately, Daphne’s owner – who works in a veterinary office – stepped up to give the unwanted dog a family. “I adopted Daphne because nobody wanted her,” 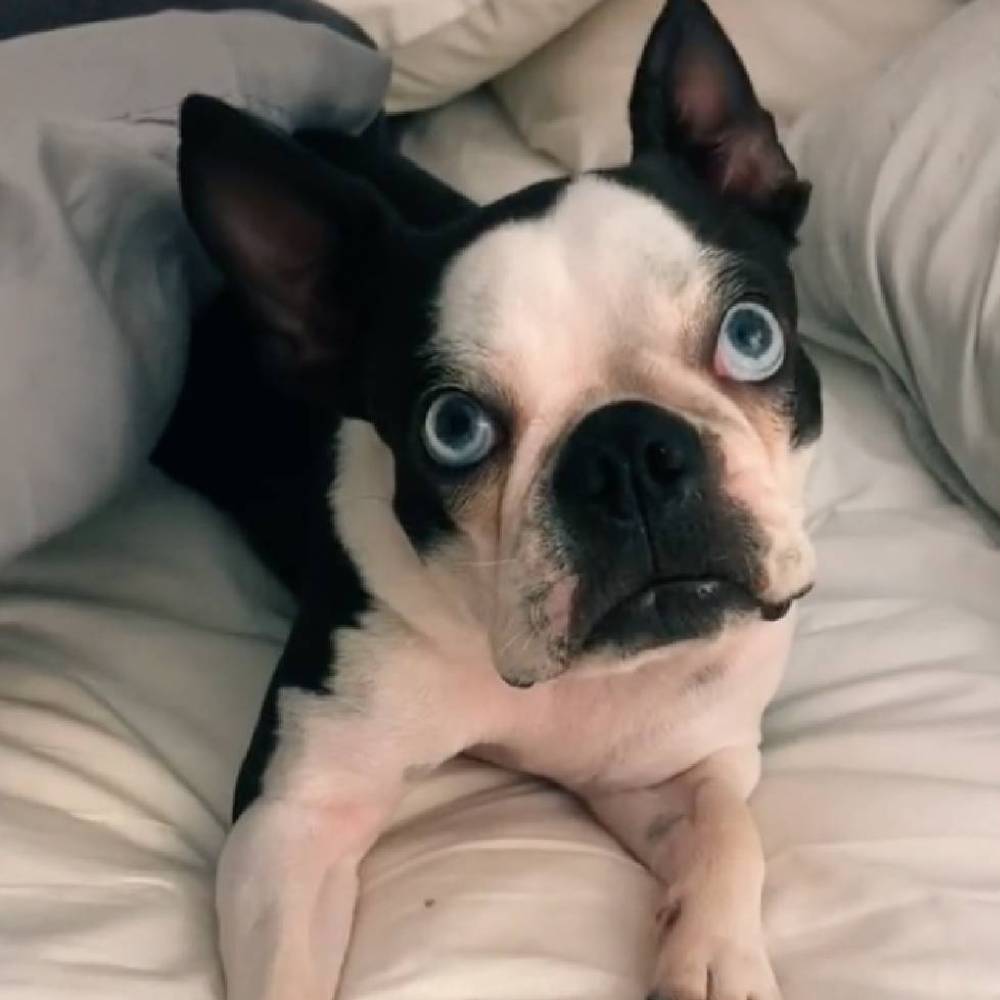 “People thought she was weird because of her blue eyes,” Daphne’s owner continued. “They thought she would have health issues. Or she would go blind.” But as it turns out, Daphne proved everyone wrong. “She is perfectly healthy and the sweetest dog I’ve ever met,” her owner wrote.

But we’re also applauding Daphne’s owner for giving an unwanted pup a forever home. Every dog deserves a second chance!