Gunnar, an English Bulldog, used to be a lazy hound that didn’t seem to have a zest for life until his baby brothers were born. After they arrived, he livened up and took care of them.

The dog started showing an interest in his owner’s firstborn when the boy, who was named Wyatt, was in his mother’s belly.

He would rest his head on the woman’s baby bump to listen to the sound of his baby brother moving around, and he would become enlivened by what he’d heard. Before Wyatt came into the world, Gunnar would sleep until 2pm every day. He just wouldn’t get up any earlier, even after his owners tried dragging him out of his bed. 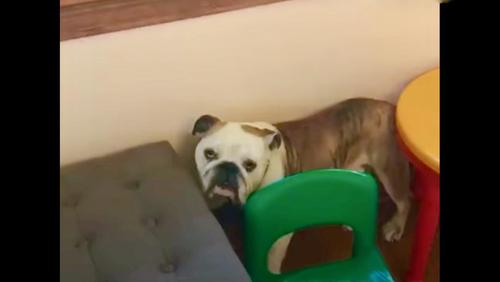 After Wyatt was born, Gunnar changed. Instead of sleeping late, he’d watch Wyatt. When his second brother Lachlan was born, Gunnar watched over him too. By setting an example, the dog was able to teach Wyatt how to crawl up the stairs. As the toddler crawled up the steps, Gunnar positioned himself behind him. 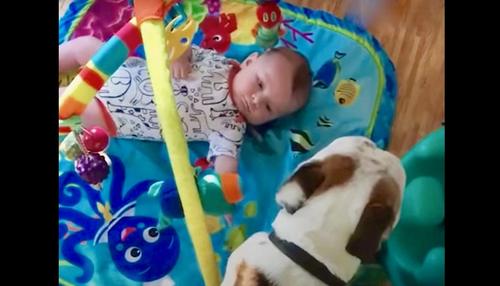 He goes almost everywhere with Wyatt and Lachlan. They go to birthday parties, they go swimming, and they engage in basketball. This Bulldog really enjoys going in the water. All someone has to do is say the word pool and Gunnar is waiting at the door. This canine and his brothers have lots of fun together, and they share a lot of love. 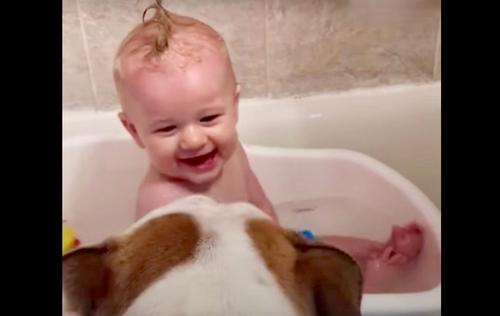 Now that he has his brothers to care for and play with, Gunnar doesn’t want to be left out of anything. When Wyatt and Lachlan take a seat on their father’s lap, he climbs on his lap too. 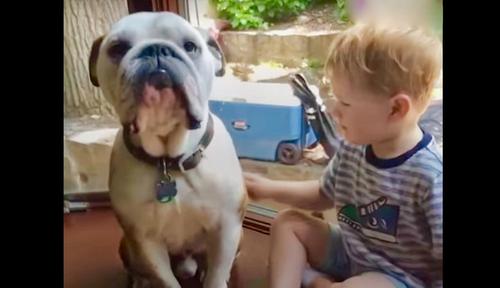 When Gunnar isn’t taking care of his little brothers, he likes to relax in front of the fireplace with a warm blanket wrapped around him. According to ilovemydogsomuch.tv, his owners think of him as one of their kids. They love him, and they appreciate everything he does for their boys. Aside from teaching Wyatt how to crawl up the stairs, Gunnar will teach Wyatt and Lachlan how to be as loving as he is.