Like humans, animals need a purpose in life. Although dogs are often in the spotlight for the jobs they do, cats are not to be outshone. Working cats have their own areas of expertise, going beyond the familiar entry-level job of barn cat.As a feral cat rescue and socialization facility, the Kitty Bungalow Charm School for Wayward Cats saves antisocial cats and kittens from euthanasia in Los Angles shelters and puts them to work.

Adopted out in pairs, the organization takes street cats from “hiss to home.”Not all cats are suited to office jobs or working with the public. Vermin cause businesses to lose millions of dollars each year from damage done to structures, fires from frayed wiring, and loss of goods. Microbrewers hop on board to hire life-saving and eco-friendly cats to patrol their grain and hops storage.

At a winery, gophers were eating the roots of the vines and killing them. The introduction of 10 cats to the vineyard solved the problem without the use of rodenticides, says Kitty Bungalow’s founder, Shawn Simons. Search “working cats program near me” to hire local cats. 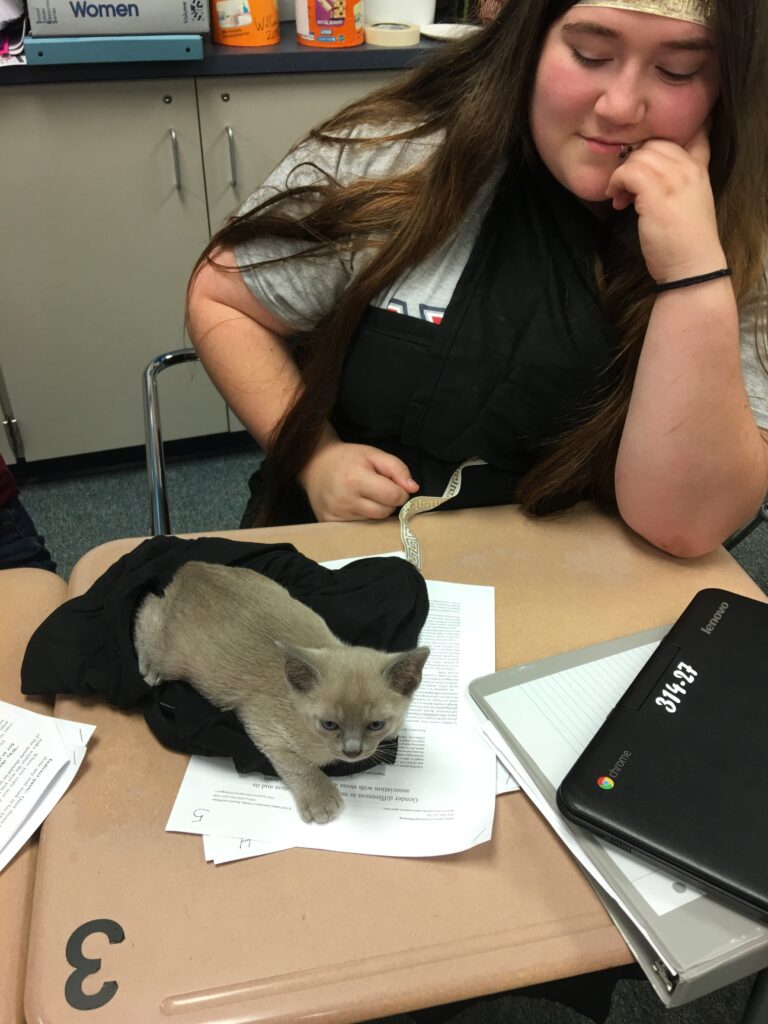 Paula Stewart, an animal casting agent at The Animal Talent Agency, provides ethically trained animals for film, television, and media productions. She works with trained cats, finding acting and modeling gigs for them in the entertainment industry. Clients may ask for cats who can work outdoors, on location, or in media studios. “A model may need to ‘sit, stay, and pose’ for a fashion magazine or for cat product packaging,” she says. “A cat actor follows the script, comes when called by a human actor, jumps on and off surfaces, or works with other animals, like dogs.” Cats are often paid a day rate, but more importantly, learning increases confidence and the bond with their human.

In Pontiac, Michigan, formerly feral strays have an unusual job working at epiphany studios, a glassblowing art studio where gifts, vessels, and sculptures are made from molten glass that’s kept at a workable consistency in a furnace heated to 2,000 degrees.

“They make us laugh, walk across our keyboards, send weird emails, or sprawl across our desks hogging all the space,” says April Wagner, glass artist. “They’re a central part of our brand on social media. We’ve had clients come from as far away as Cleveland, just to meet them. We can’t imagine life at work without them. People wonder if they break the glass, but they don’t. They’re graceful and nimble.” The studio created a line of artwork based on the cats and donates a portion of the proceeds to Michigan Humane Society.

Bronwyn is a natural solid Grand Champion Tonkinese who, with her person Candilee Jackson, visits test-stressed Advanced Placement college-level students as well as the special education department during new or difficult lessons. “We went back at the end of April, for the first time since March 2020,” she says. “We were exhausted after 4 hours of hall walking, play time, petting, and holding but we had fun. We visit a total of four departments each time.”