Kaavan, known as the “world’s loneliest elephant,” may soon be looking for a new nickname. And it’s all thanks to Cher.The 74-year-old singer and actress visited Pakistan during a secret mission to rescue the elephant, which will now be transported to a caring sanctuary.Kavaan has been held captive and forced to perform at the Marghazar zoo for 35 years, NPR reports.

He lost his long-term partner Saheli in 2012, a female elephant who died after an untreated infection became gangrenous.Kavaan has been called the
According to Dr. Amir Khalil, veterinarian with Four Paws, zookeepers did not remove the female elephant’s dead body from Kavaan’s cage for several days.Kavaan has been notably distraught ever since.

“Just Came From Meeting To Thank Prime Minister Imran Kahn For Making It Possible For Me To Take Kaavan To Cambodia. Kaavan Will Be Able To Leave For Cambodia On The 29. Think Documentary Will Be Heartwarming🙏🏻.” she posted on Twitter.

Cher’s celebrity is bringing more attention to Kavaan’s rescue, but Four Paws is the driving force behind overcoming the logistical challenges in this project. The 5-ton elephant will be transported from Pakistan to a sanctuary in Cambodia . According to Martin Bauer, spokesman for Four Paws International, this plan has been four years in the making. 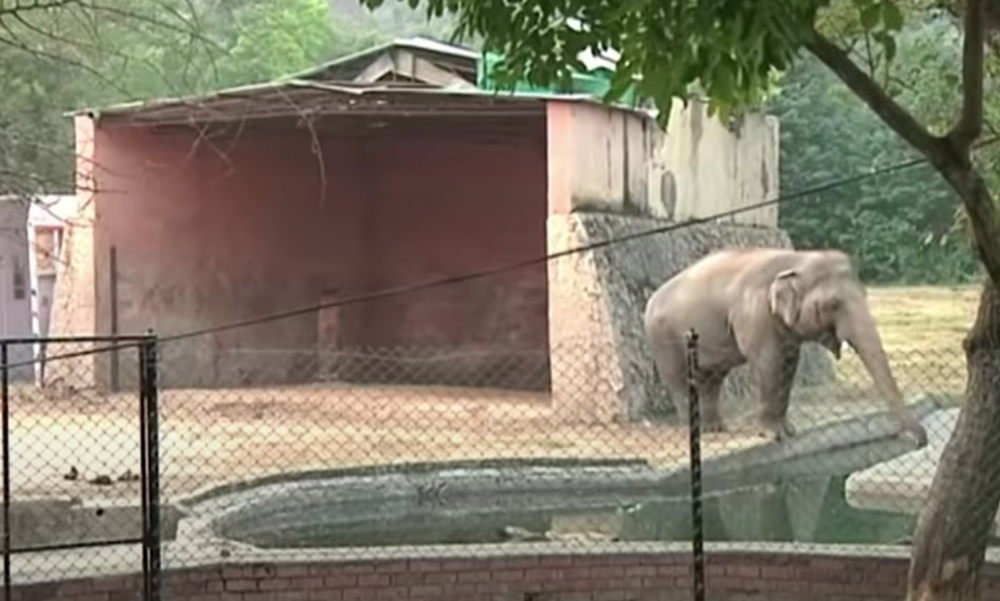 SOURCE: YOUTUBE/REUTERS
KAVAAN HAS BEEN CALLED THE “WORLD’S LONELIEST ELEPHANT.”

Animal advocacy organization Four Paws is the driving force behind overcoming the logistical challenges in this rescue.
According to the Associated Press, Kavaan will need physical therapy for years to come to make up for the neglect and poor treatment he endured at the Islamabad zoo, which was ordered to close by Pakistan’s high court in May. 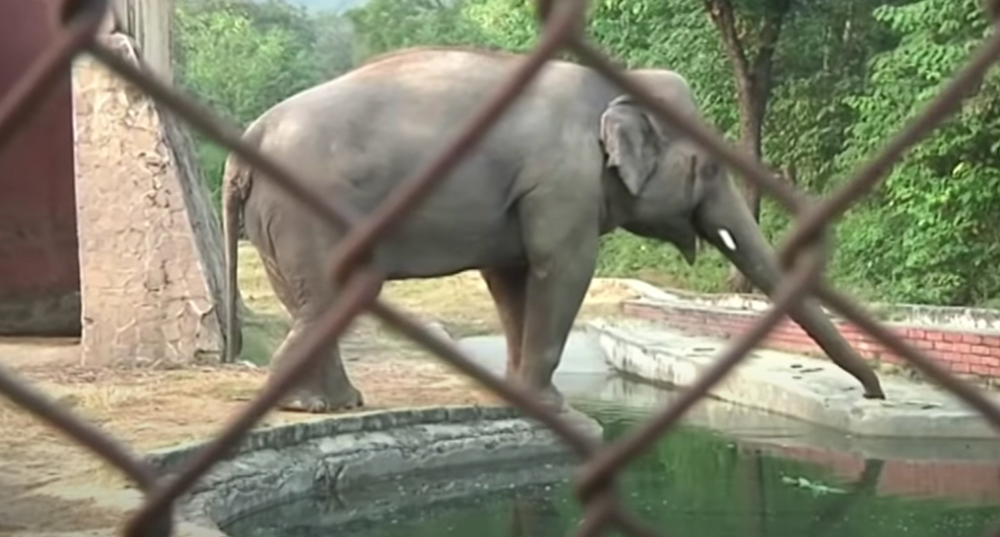 “A medical examination in September showed Kaavan’s nails were cracked and overgrown — the result of years of living in an improper enclosure with flooring that damaged his feet,” the AP reports. “The elephant has also developed behaviors including shaking his head back and forth for hours, which the medical team of wildlife veterinarians and experts blamed on his utter boredom.” 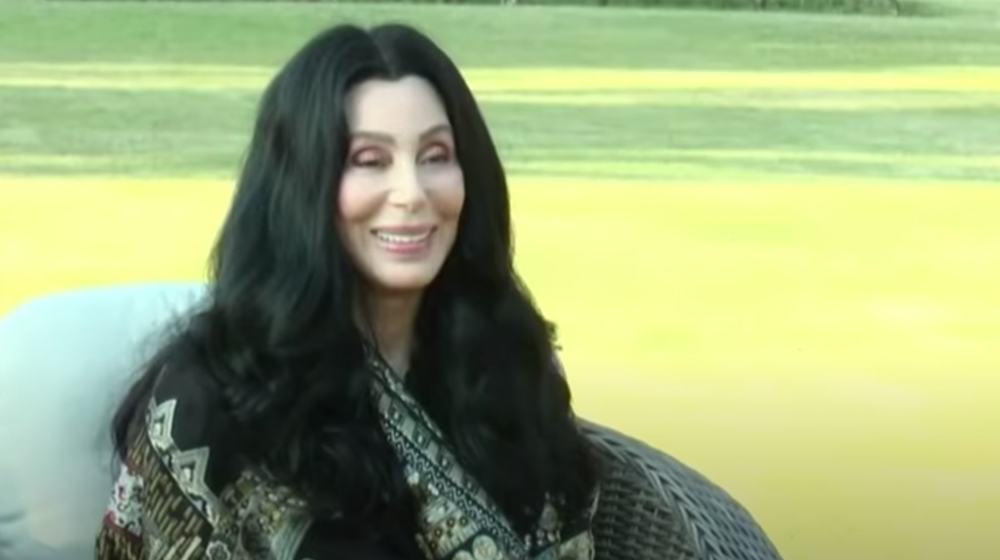 Kavaan lived much of his life in chains, and still bears the scars they left.
Kavaan will be airlifted to the Cambodian sanctuary in a custom-built crate on a cargo plane. He will be conscious for the entire flight, said Four Paws spokesperson Martin Bauer, with a staff of veterinarians traveling with him to help ease the process. 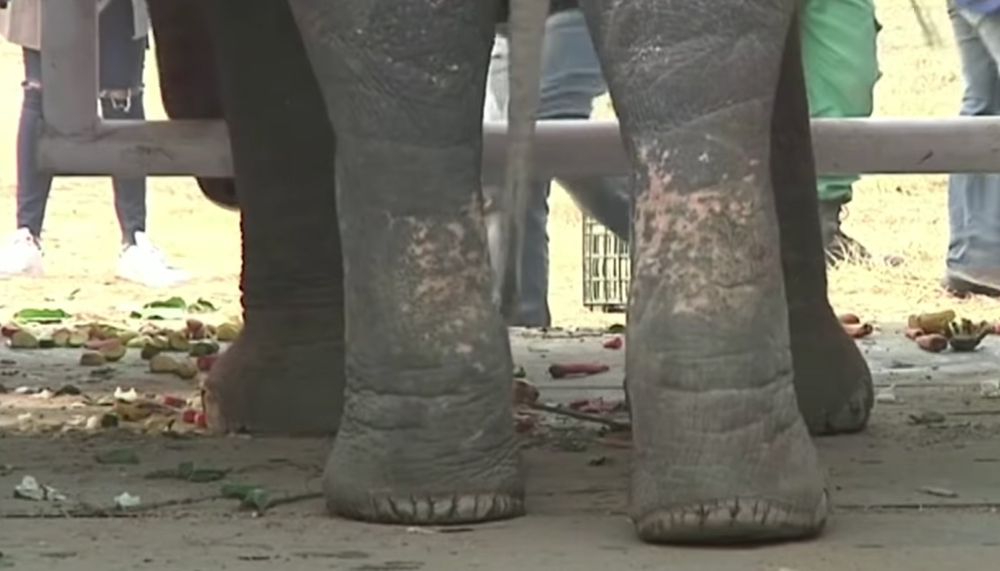 SOURCE: YOUTUBE/REUTERS
KAVAAN LIVED MUCH OF HIS LIFE IN CHAINS, AND STILL BEARS THE SCARS THEY LEFT.

“Transferring an adult elephant on a plane is something very, very rare,” Bauer said. Previous transfers he knows of have been much shorter distances between zoos in the U.S. “An elephant transfer by plane on this scale I think has never happened before, so we are writing history here,” he told NPR.

Kavaan will be airlifted to a sanctuary in Cambodia.
There are three female elephants at the sanctuary already. Kavaan will finally be able to socialize and enjoy his freedom for the first time in 35 years.

“[This is] the best hope for him,” Bauer said. “The goal is to socialize him. It will take a while because he has lived on his own for such a long time. But yes, ultimately the goal is to bring him together with other animals because that’s what elephants want. They’re herd animals, they always form families, and that’s also what we plan for him.”