When Limbani was rejected by his mother as a baby, a loving couple stepped in as his caretakers. The little chimpanzee’s mother refused to care for him after he was born with pneumonia, but Limbani bonded to the couple instead.

The chimpanzee, who lives at the Zoological Wildlife Foundation (ZWF) in Miami, was raised by Tania and Jorge Sanchez until he was strong enough to survive on his own.

ZWF shared with the Independent, “Without human intervention and modern medicine he wouldn’t be here today.”

Of course, the little primate had to grow up and move on from his caregivers, but he never did forget them. “Tania and Jorge can go without seeing him for a couple months and his reaction is always the same. Limbani by far is the most loved of the entire ZWF family,” ZWF explained to the Independent.

After being away from Tania and Jorge for a period of time, Limbani was finally reunited with the couple he views as his own. The touching reunion was captured on video and shared on Limbani’s Instagram. 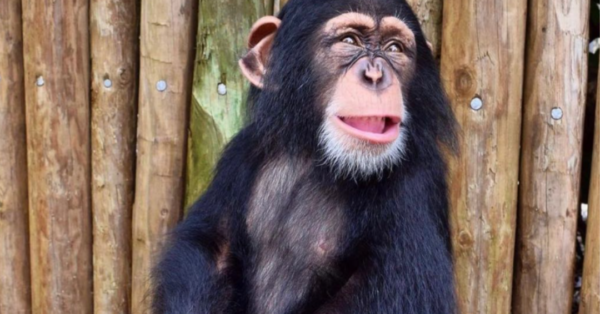 In the video, you can see Limabni take off in a run and it quickly becomes apparent what he’s running towards. As the camera pans around, you can see Tania and Jorge waiting to embrace him. 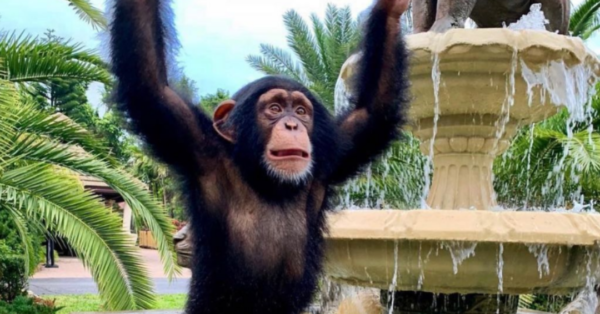 Limbani leaps into Tania’s arms and wraps her in a giant bear hug. After their embrace, he hops down and runs over to Jorge to give him an equally warm welcome.