Realising one of your children is missing must be one of the most terrifying things in the world.

As a parent, your first instincts are to love and protect your child at all costs, so when they’re gone and you can’t do anything to remedy the situation it’s not long before the panic sets in.

But when Timberlyn Merritt’s 3-year-old daughter went missing last summer, the Missouri mom went into a state of sheer panic.

Everything went so fast, it only took a few seconds before the mother understood what had happened.

Her little girl suddenly disappeared without trace and not only was it nighttime, Timberlyn and her family lived next door to a giant and dense cornfield…

Timberlyn reacted like most people who lost their child – with horror and heart racing. 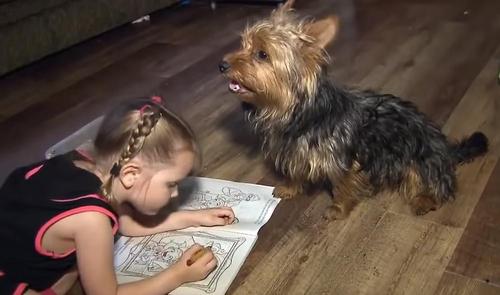 Upon realizing the girl’s absence, Remy’s mother searched herself — but after seeing no sign of the toddler, she immediately contacted police.

She called 911 to report her missing daughter before running into the dark cornfields, shouting her daughters name at the top of her lungs. ”I was walking through like this (and shouting), ‘Remy! Remy! Remy!””, Timberlyn explained.
The desperate mom thought Remy must have followed her pet Yorkie, named Heath, into the stalks.

”We can’t find her anywhere,” Timberlyn told the operator in the emotional call.

Luckily, her mother was not alone in her desperate hunt for her daughter.

In an interview with ABC News, Clark Parrot, a sergeant with the Missouri State Highway Patrol, explained:

”Everybody knows everybody here and so when they hear of one of their neighbors in trouble, whether you know them or not— you just stop what you’re doing and show up.” Volunteers and public safety officers, a search-and-rescue helicopter, infrared radar, and police canines searched everywhere through the night… without any luck.

The next morning, the search resumed – 12 hours after Remy disappeared. It’s rare for people to go missing for more than a day and almost three-quarters of them are found within 24 hours. As time goes on, the chance of them returning home safe gets slimmer, particularly if they are vulnerable. Police always say the first 72 hours are crucial.

Luckily, in the middle of the search for Remy, there was a breakthrough when one of the K-9s let out a bark. 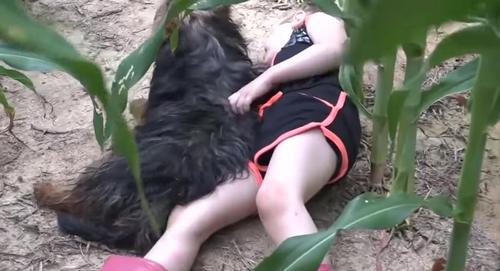 And hidden among the 5-foot-high corn stalks about half a mile away from Remy’s home, a weaker bark was returned…

Back by grain silos half a mile from her home, Remy was found sound asleep with her dog Heath right there by her side.

Her euphoric mother had Remy checked out by a doctor, who said she was just fine, despite several mosquito bites.

She was definitely exhausted, hot, really sweety, and it took a while to drink anything. She had a lot of bites and was a little thirsty, but she got a clean bill of health and was returned back to her home afterward. 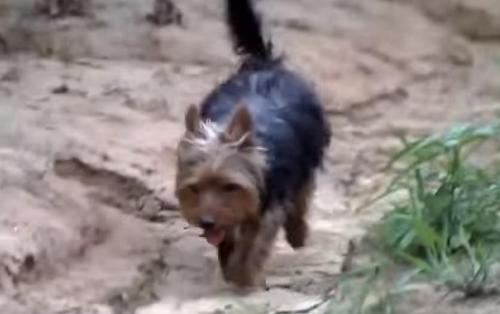 It soon turned out that Heath, the family’s pet terrier, had accompanied Remy on her late-night cornfield adventure and stuck by her side the entire time.

When Heath heard the bark of the K9-dog, he responded with one of his own. But had he not alerted the rescuers, it’s hard to say whether Remy would have been found.

Remy said she wasn’t scared because Heath was there. ”If he wasn’t, I think she would’ve been terrified”, the little girl told reporters.