It is known that some dogs do not like water and they even hate having paths, but some other dogs love water and swimming. This Great Dane, Max, is one of these dogs who loves water and he just want to jump into the pool to swim, but his mom doesn’t want him to swim.So, when the dog sees that he is denied from swimming, he starts whining so softly, but he then goes from 1 to 10, he starts

whimpering very loud just like kids. The amazing thing is that Max is deaf! But he can understand hand gesture and read lips from his owner. 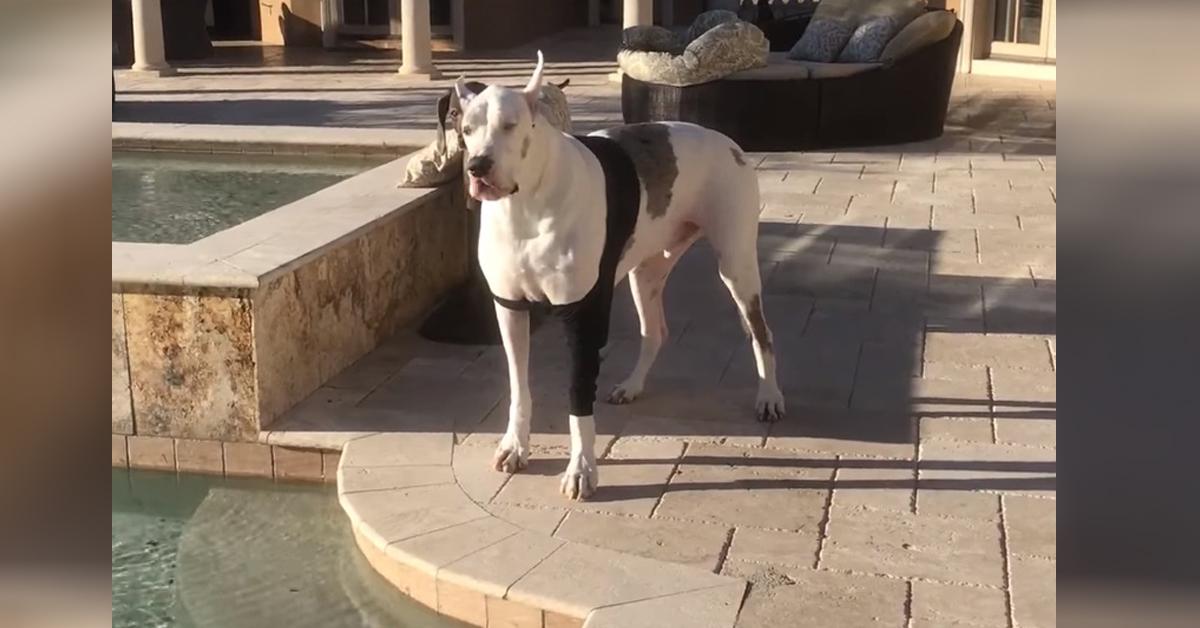 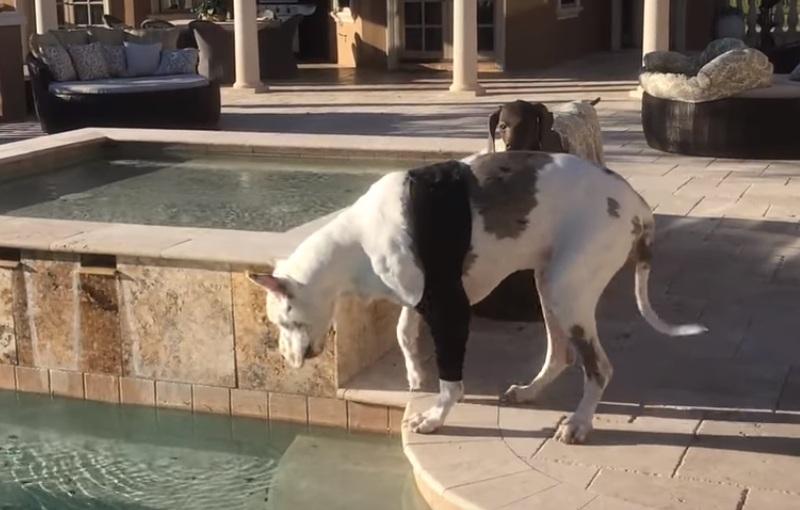 Actually, he has no problem with his owner, but he is disappointed for preventing to jump into the pool. You can also see that he walks to the pool’s edge trying to put one paw into the water to test its temperature and his mother! But he then continues his whining hoping to just let him in.