When a stray dog got stuck in a bathroom with a leopard for nearly 7 hours, nobody thought the pup would make it out alive.A dog named Bollu was being chased by a leopard in Karnataka, India, when the pup ran into a house and hid in the bathroom. The leopard followed the dog inside when the homeowner spotted the leopard and slammed the door shut.

When the forestry department arrived hours later, they removed sheeting from the bathroom roof and stuck a camera inside to see what was happening.They were shocked when they found the leopard and the dog sitting on opposite sides of the small room as if they had made a truce.It took several tries but, eventually, the forestry officials managed to free the leopard, who ran back into the surrounding wilderness.

Bollu was rescued from the bathroom without a scratch on him — and he was clearly grateful to be free.While nobody is sure how the leopard and the dog managed to coexist peacefully for so long, the dog’s hiding place may have worked out better than he’d even planned.“Many are wondering why the leopard did not attack the dog,” journalist Prajwal Manipal wrote on Twitter. 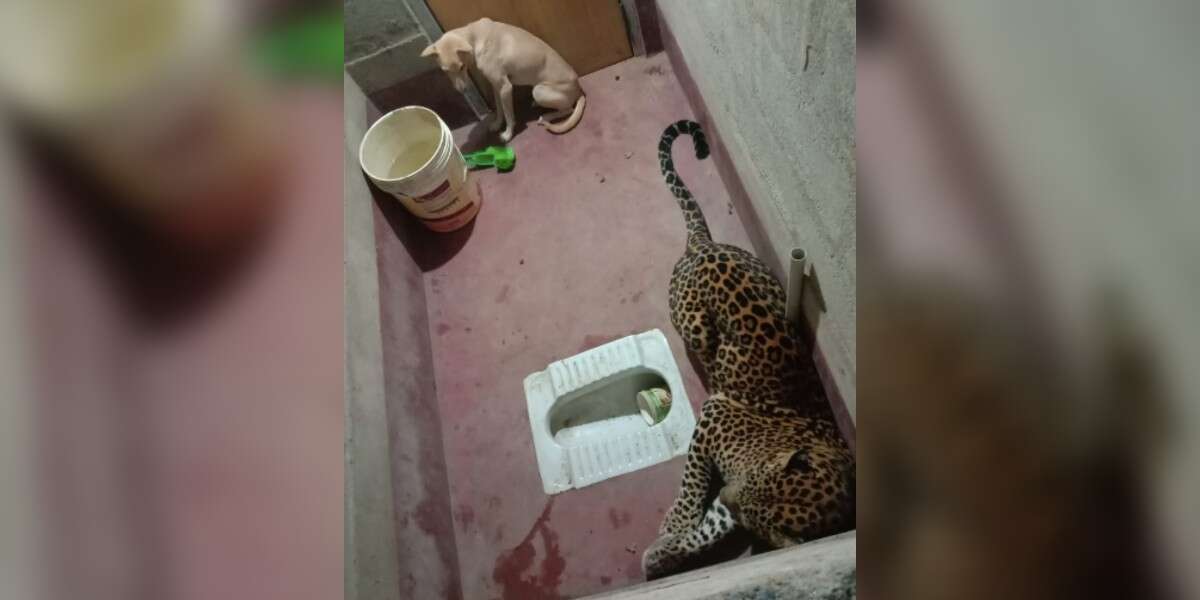 “Raghavendra, forest officer in Subramanya, says leopards prefer to attack in stealth but here, it may have been wary of the dog defending itself and the lack of a clear escape route.”