It’s an incredible story of survival. An injured woman survived three days and two nights in extreme conditions in the wilderness thanks to three dogs, writes reshareworthy

Dog walker Annette Poitras, 56, was out with three dogs at Eagle Mountain in Coquitlam, British Columbia, when they got into trouble. Annette fell and hurt herself and lost her cell phone in the process.

Annette was with a collie named Chloe (her dog), a boxer named Roxy and a puggle named Bubba.

During the next three days, they veered off the main trail because of the extremely heavy rains and dangerous terrain caused by the weather conditions, but the dogs didn’t leave her side throughout the terrible ordeal. 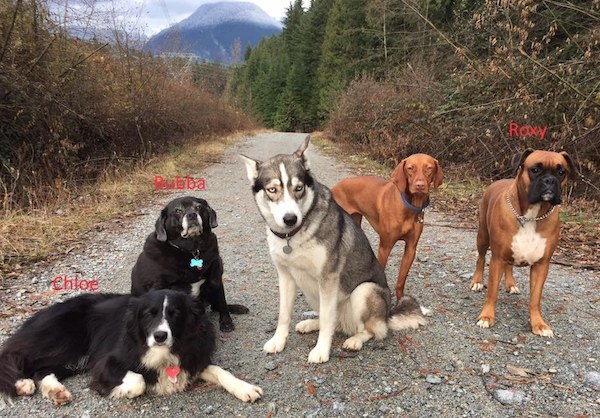 “One of them was cuddling [her] and one of them was on guard and the other one was looking for food,” Annette’s husband, Marcel, told Global News. Although one wandered off, that dog thankfully came back.

Meanwhile, the severe weather conditions hindered search and rescue teams out looking for them, and at one point they had to call off their search. 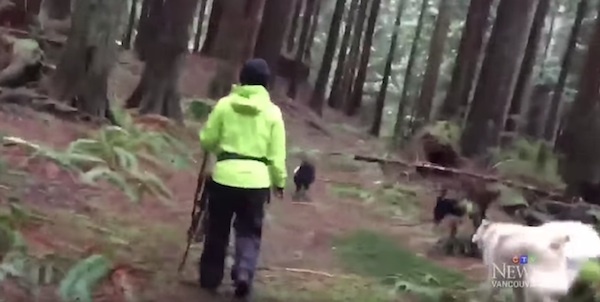 Annette did not have any food or water, but the group – human and dogs took good care of one another.

“[At] one point, the last night — when it was torrential rain — the short-haired boxer, [Roxy], was cold, so [Annette] took off one of her rain jackets to put over the boxer,” said Marcel. “To keep it warm.” 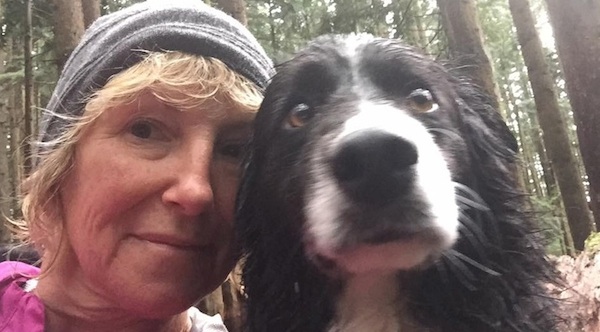 “She happened to notice one of the dogs was digging a hole to sleep in,” explained Marcel. “[The undergrowth], it’s very spongy, it soaks up a lot of water. So she started sweeping away all the brush and everything to get down into the dirt and kind of made herself a little well to sleep in. She learned from the dogs.”

The dogs’ digging to the “wet stuff out of the way, to get down into the dirt where it’s actually a bit warmer apparently,” Marcel told CTV News. “She did the right thing.” 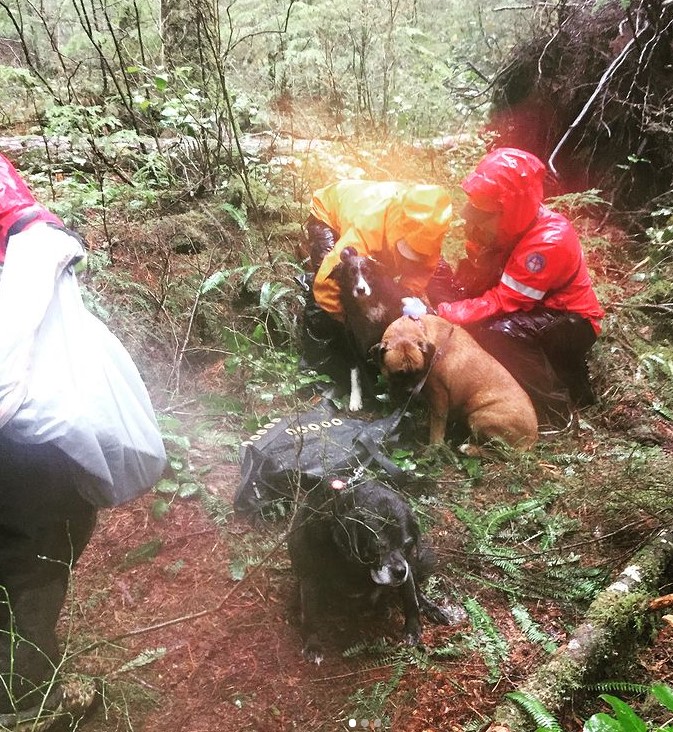 Rescuers finally located the four on the third day thanks to a ping from Annette’s phone, a tip from a hiker and a sound sweep that got the dogs barking. They were air-lifted out and Annette was taken to a nearby hospital.

Marcel says that his wife actually saw a rescue helicopter flying over on the first night, but she was too covered by the dense brush and trees to be seen. He said the family is extremely grateful to the 100 people who braved the weather to search for his wife. After such a close call he told everyone, “Hug your spouse tonight. Whoever you’re lying in bed with tonight, hold on to them.” 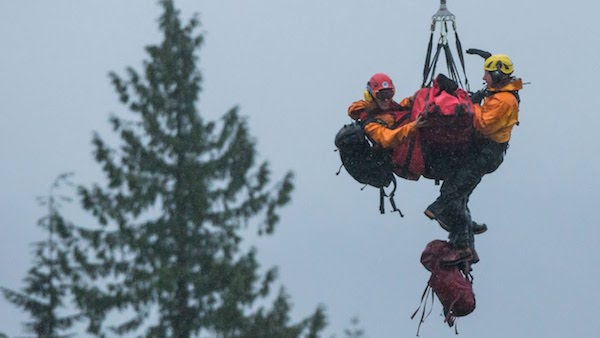 The two dogs of her clients were also reunited with their owners. “All the dogs love her,” said Janet Kilberg, the owner of the boxer, Roxy. Tina Presley, whose puggle Bubba was returned, called Annette “a dog whisperer,” adding that “you see the love in her eyes.”