The touching story of Ethan, the dog inspired everyone around the world. All were interested in the health updates of Ethan as he was left on the verge of death after he was famished in a cage. But the dog has made a miraculous recovery now. He has regained weight and he is the reason for the new animal-abuse-law. And the happiest news is that he has found a forever home.

At last, he left the building of the humane society that rescued him. He was rescued last January as he was found by the family outside the Kentucky Humane Society. At that time he was too weak even to lift his head to eat.According to KHS, he was the thinnest dog they had ever seen and they even concluded that he had been caged for weeks without food.

So his chances of survival were very less. more than $20,000 has been raised for Ethan through three separate Facebook posts that allow people to make donations through the social media site. 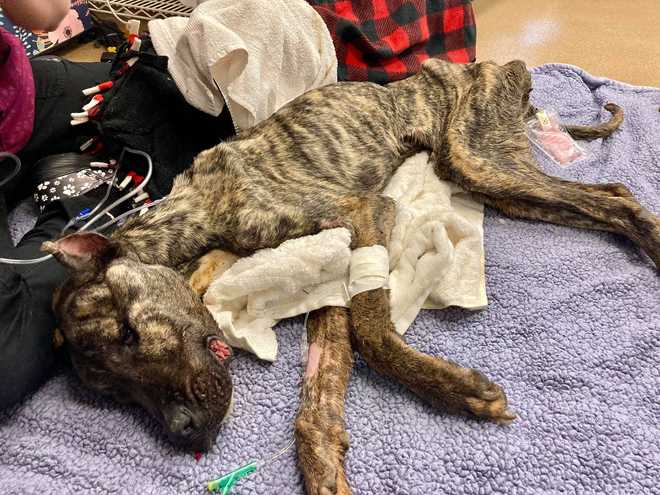 He was so weak that the outline of his bone could be seen clearly from his dehydrated skin and his muscle loss was also very extreme.

But soon his condition improved and he started gaining back his body weight. He started walking again. He was made a viral celebrity by his story. Animal lovers around the world loved him and in order to show it, they send him cards and toys.

As he regained his health, he turned out to be a beautiful personality. According to KHS, Ethan wagged his tail all the time and wanted love. He was being treated like a king and he loved every minute of it.

Ethan was adopted by KHS staff member Jeff Callaway. According to Jeff, Ethan got along well with other dogs and cats. He was very patient. This news is welcome news for everyone, especially to the Kentucky Humane Society. 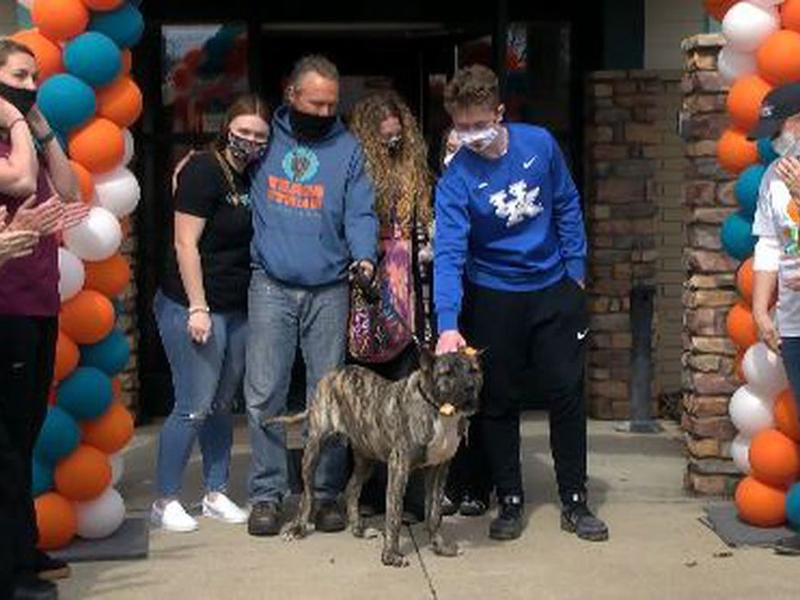 In order to show their concern for Ethan, KHS threw an adoption celebration. In the celebration, he was greeted by all his old friends. The celebration came to an end with Ethan’s final ride with his parent Jeff and his family from the shelter. According to KHS, Ethan was special as it caught everybody’s attention. His near-death experience touched people’s hearts.

Congratulations Ethan and his parent Jeff. The KHS deserves special thanks for their care and love for Ethan. So happy that he got a loving family to live with and he had adjusted very well to his new family.