Bruno, a wandering, wooly, wolf of a dog, is on his way to town. “Everybody knows Bruno,” Rouse laughs, “may not know the people, but you’ll know Bruno.”

“It’s just been his routine as far back as I know,” says Sharon Rouse, who watches Bruno’s arrivals from the picture window of the Hansen Realty office, where she works the reception desk.

For most of the past 12 years, Bruno has been taking a daily walk of nearly four miles to Longville, making his rounds around town, then heading back home to his owners, Larry and Debbie LaVallee.

“The first time I seen him in town, he almost beat me to town,” laughs Larry LaVallee, who used pick up Longville’s trash.

“I was picking garbage on the way, and I get in town, and I wasn’t there five minutes, and there’s Bruno.”

Bruno was a wanderer right from the start.

“A guy come in my driveway, and Bruno was a little pup,” Larry LaVallee recalls, “and he says, ‘I found your dog at the end of your driveway.’ I says, ‘Well he ain’t my dog.’” 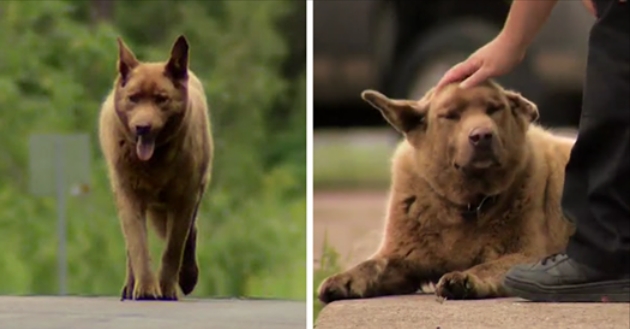 LaVallee says he looked at the puppy in the man’s car and decided on the spot to keep the stray, who he believes had been abandoned. “And that was the beginning of it all,” says LaVallee. Bruno’s makes his rounds in Longville, with stops at city hall, the library, the ice cream shop, several real estate offices and Tabaka’s grocery store, where deli workers greet him at the back door with meat scraps they’ve saved. 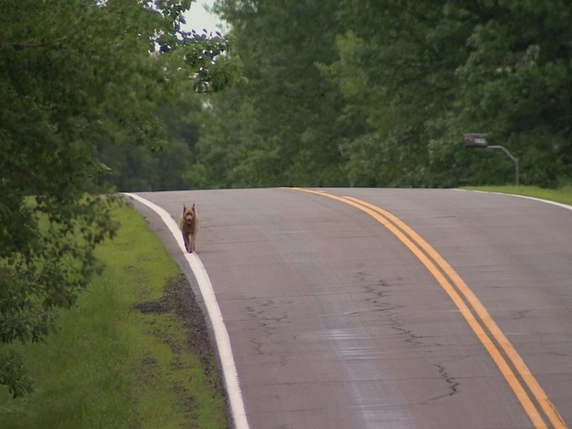 “He’s our buddy, we kind of watch out for him the best way we can,” says Patrick Moran, who owns a real estate office on Bruno’s route. “Last week he came in stayed about an hour and a half or two hours,” says Moran. 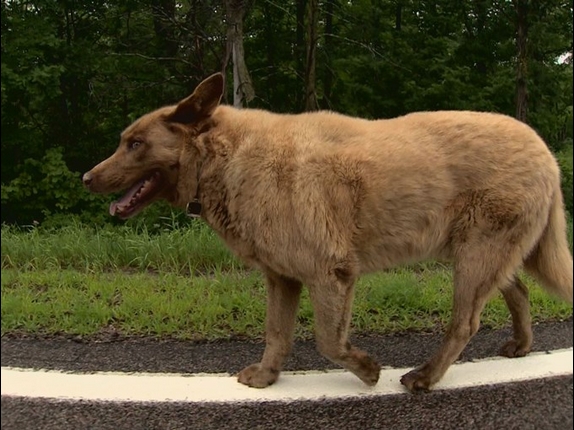 The LaVallees say they tried, early on, to keep Bruno at home, even chaining him up to keep him from running to town. Larry LaVallee says Bruno “almost hanged himself” he pulled so long and hard on the chain. 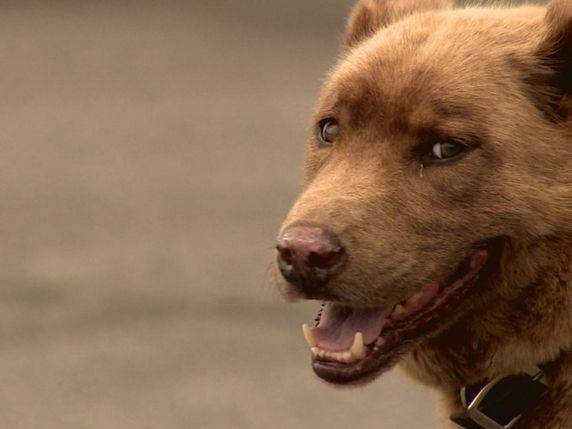 They’ve grown accustomed to receiving calls from newcomers in town, claiming they’ve found their dog. They’ve also grown used to silence on the other end of the phone when the LaVallees tell the helpful caller to just let Bruno go, he’ll find his way home. 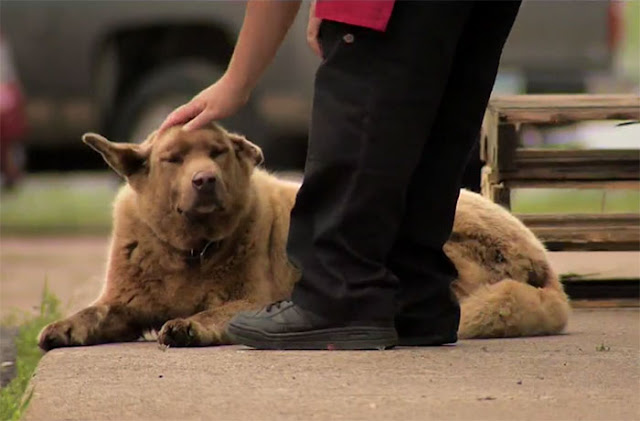 “He’s more friendly that most of the humans in town, and I’m not saying that in a negative way about the humans,” Tripp says. “He’s that lovable.”