It’s not uncommon for children to become very attached to stuffed animals that loved ones have gotten for them. Oftentimes, kids won’t go anywhere without their favorite toy, and some aren’t even able to fall asleep unless their toy is in their arms.

The same goes for Barley, a one-year-old Golden Retriever living in Amsterdam, who refuses to go anywhere without his stuffed dog Fluffy.

Barley’s owner, Zita Butler, bought the stuffed animal for Barley as a welcome home gift when they first adopted him. 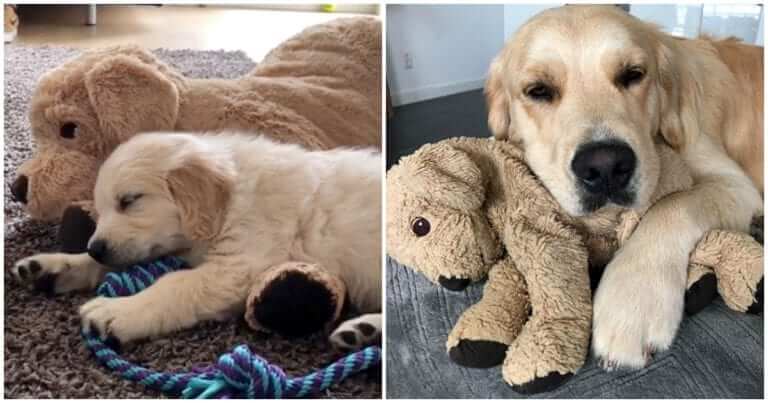 Butler hoped Barley would like his new toy, but she had no idea just how much he would actually like it. Wherever Barley is, Fluffy is right there with him. Whether it’s walking around the house or going for a walk outside, Barley has Fluffy in his mouth. 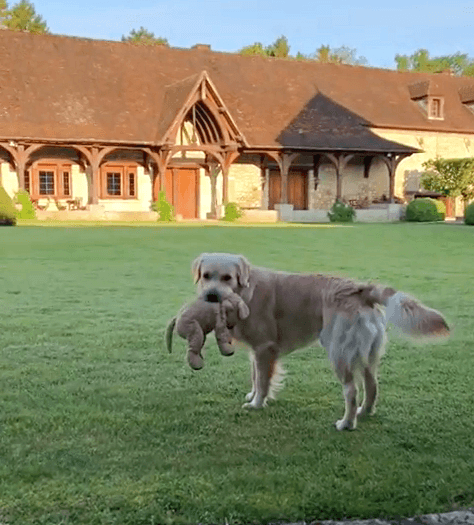 Barley and Fluffy are inseparable to the point where people in the neighborhood now recognize and love the iconic duo and even snap photos of them when they see them on their walks. 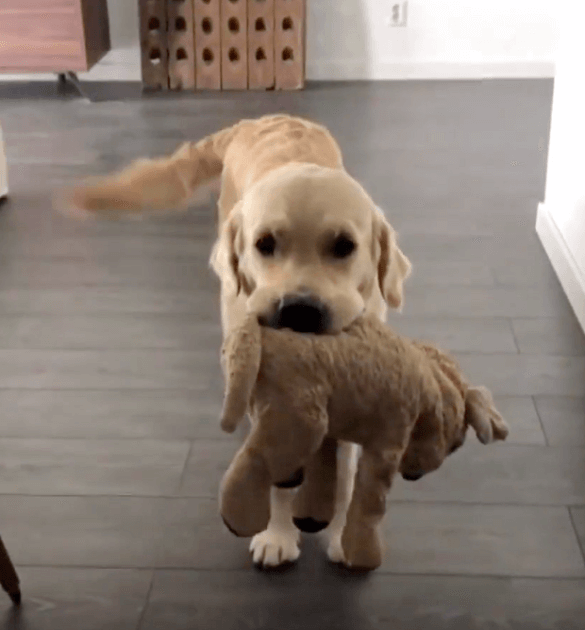 Fluffy even looks identical to Barley, so it almost looks like Barley is carrying around his own actual baby.

In addition to being very sweet and affectionate, Butler describes Barley as an “attention seeker,” “a bit goofy,” and a “real explorer.”