Like most babies, young swans — or cygnets — depend on their mothers for their survival. Mother swans keep their little ones cozy and safe, teach them to find food and swim, and carry them on her back to stay warm until their feathers grow in.So, when a resident swan sadly passed away in Boston, her untimely death threw the fate of her 6 ducklings in question. Indeed, without their mother to protect them, one cygnet quickly drowned. Another reportedly had to be rescued by animal control. 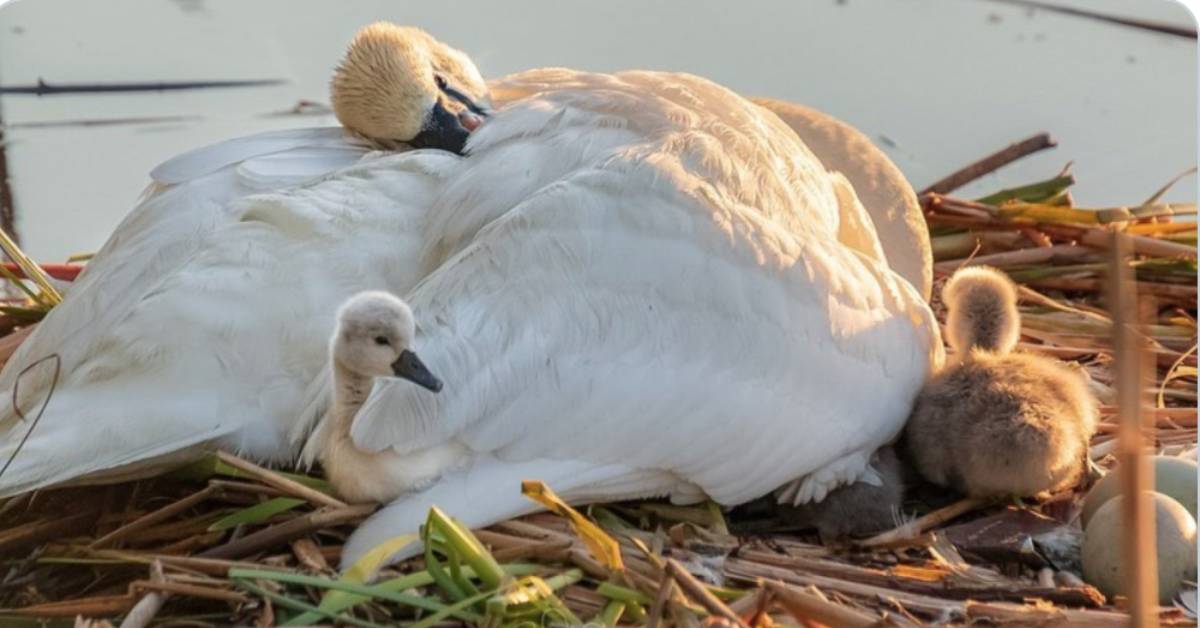 “We’re saddened to report that the mother swan of the adorable Esplanade swan family passed away last night in her nest,” the non-profit group wrote on Twitter, recalling how “the father swan sat at the nest with their cygnets tucked under his wings” while animal control took his late mate’s body away.

Days later, a local photographer captured another heartbreaking sight. Now the grieving father swan was cruising up and down the river with his cygnets — typically something a mother would do — hitching a ride on his back. 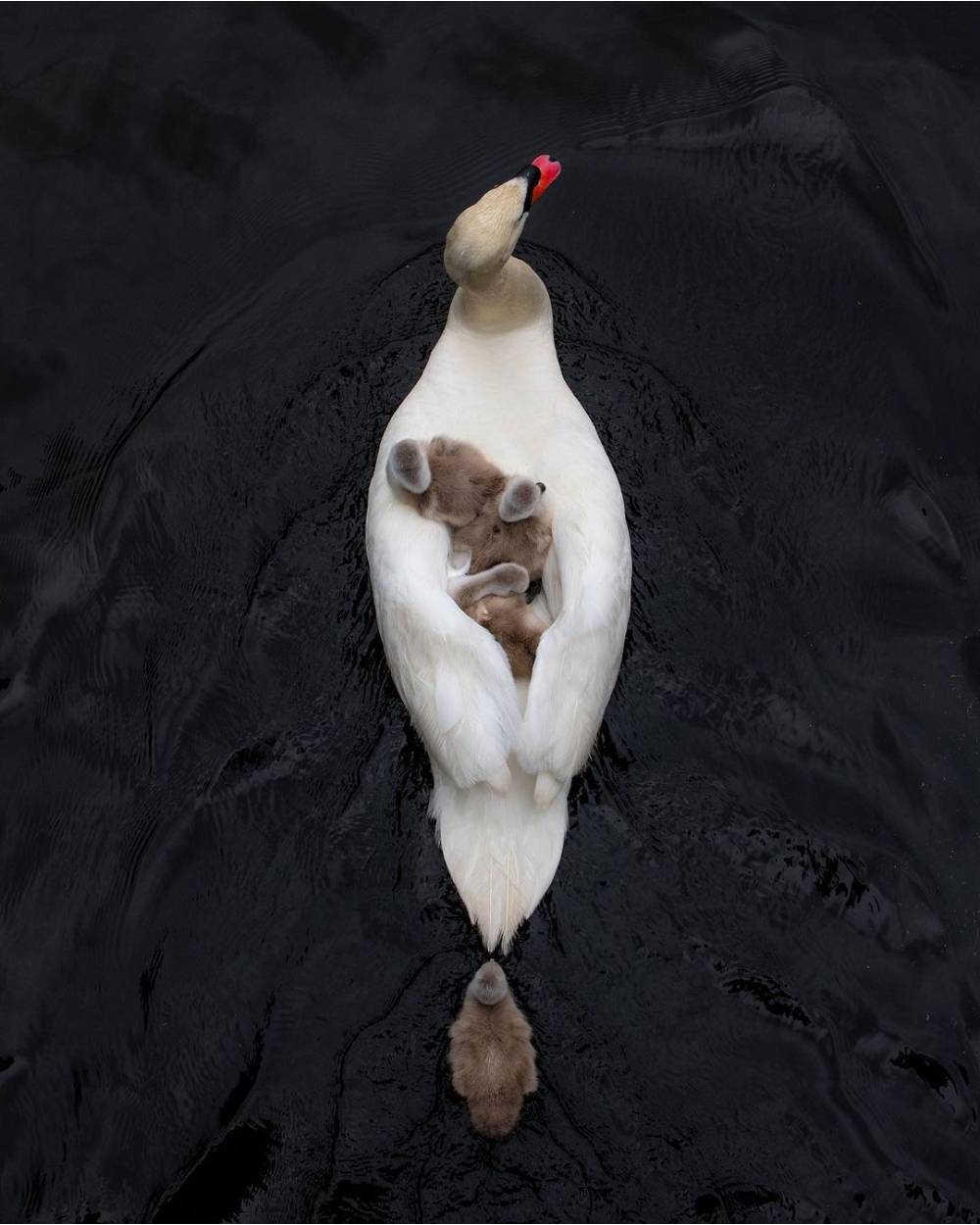 Thankfully, Raifman captured this poignant scene on film and posted it on Instagram, where it quickly went viral.

“One of the most heartbreaking and heartwarming stories in a while,” Raifman captioned his post, which quickly garnered thousands of clicks, likes, and comments — becoming his most popular photo of all time. 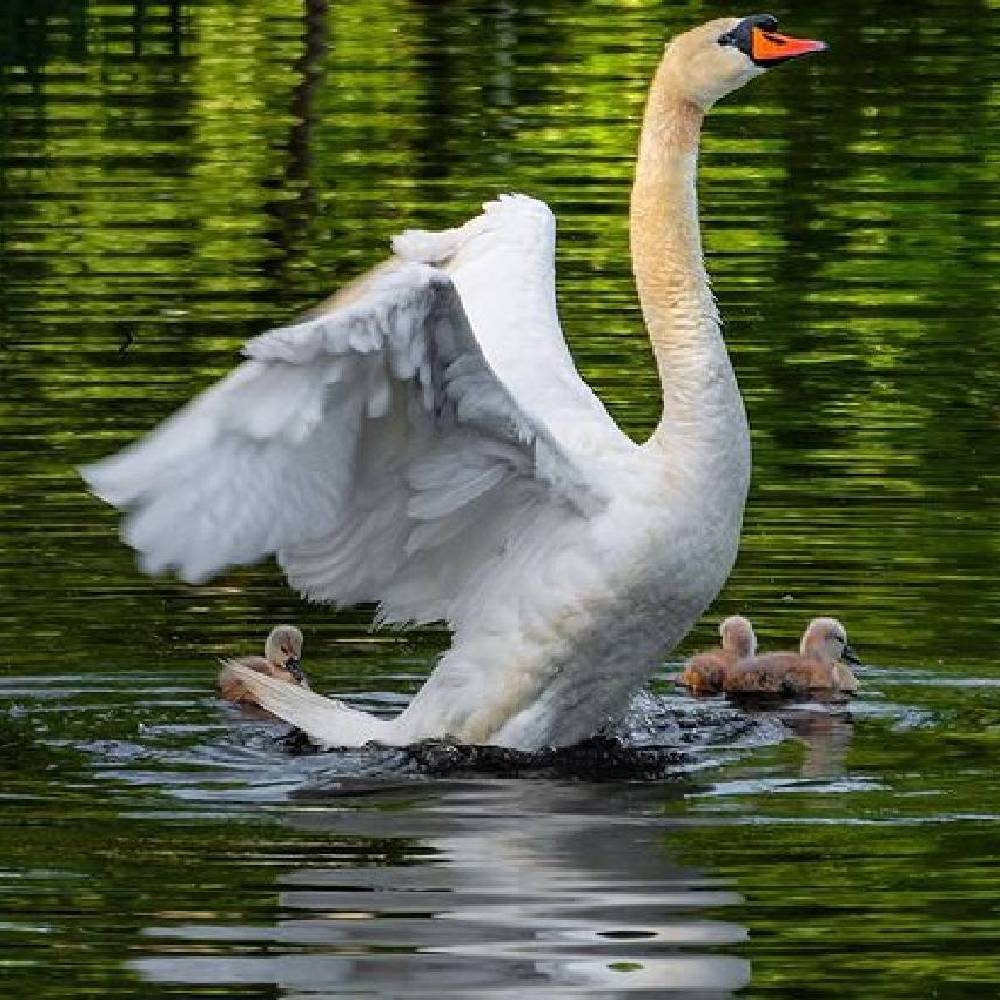 “Last week, six baby swans were born in Boston. The mother died a few days later of unknown causes,” the photographer continued. “One of the cygnets drowned; another had to be rescued by animal control. But this papa swan, left to his own, is rising to the challenge.” 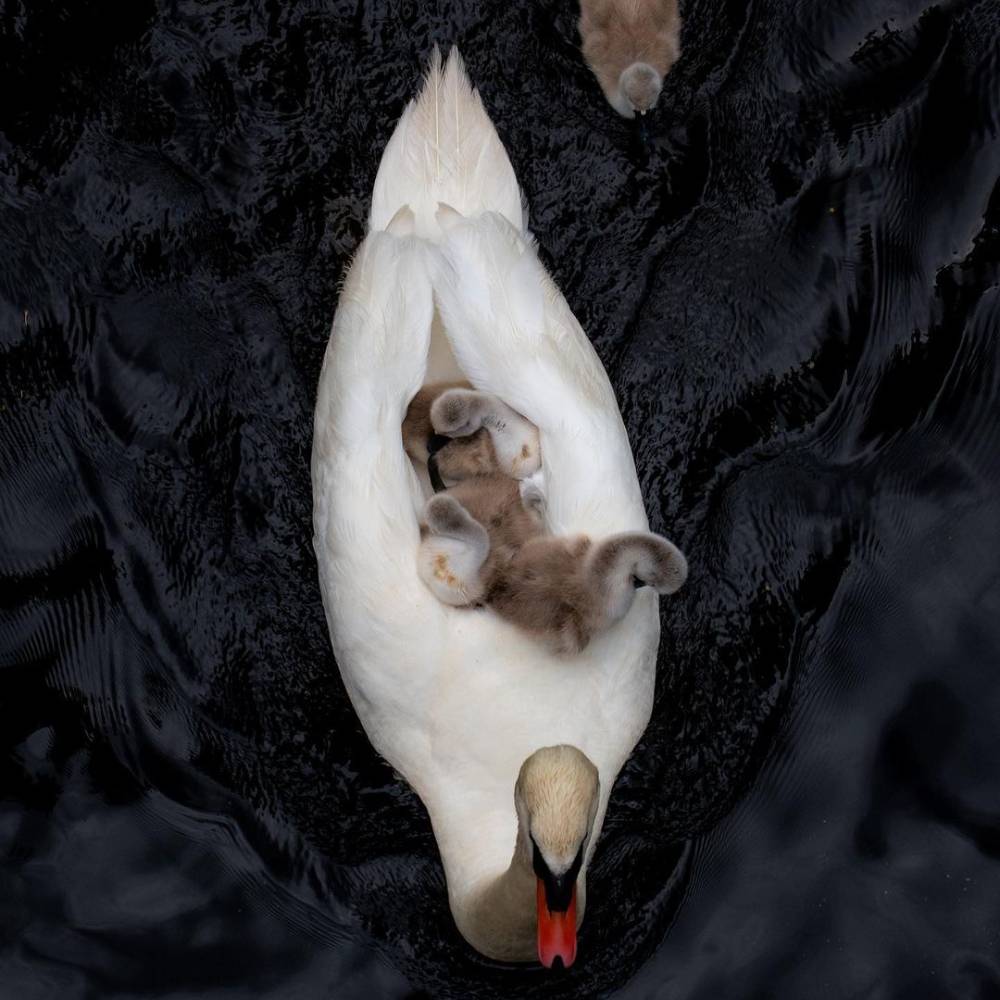