Alex was ready to give up. He was severely emaciated, dehydrated, exhausted, and had wounds on his body filled with maggots, writes ilovemydogsomuch

And the worst part was he was stuck in a remote location on the side of a road, with no way of being able to escape on his own. He was wearing a collar with a long chain, which is how he got stuck.

To make matters worse, he couldn’t be seen from the road. The odds of him being rescued in time were slim to none.

But little did he know, his life was about to get so much better and his past would no longer haunt him.

A person named Alex (whom Alex the pup is named after), spotted the fading pup when he was cleaning the area. 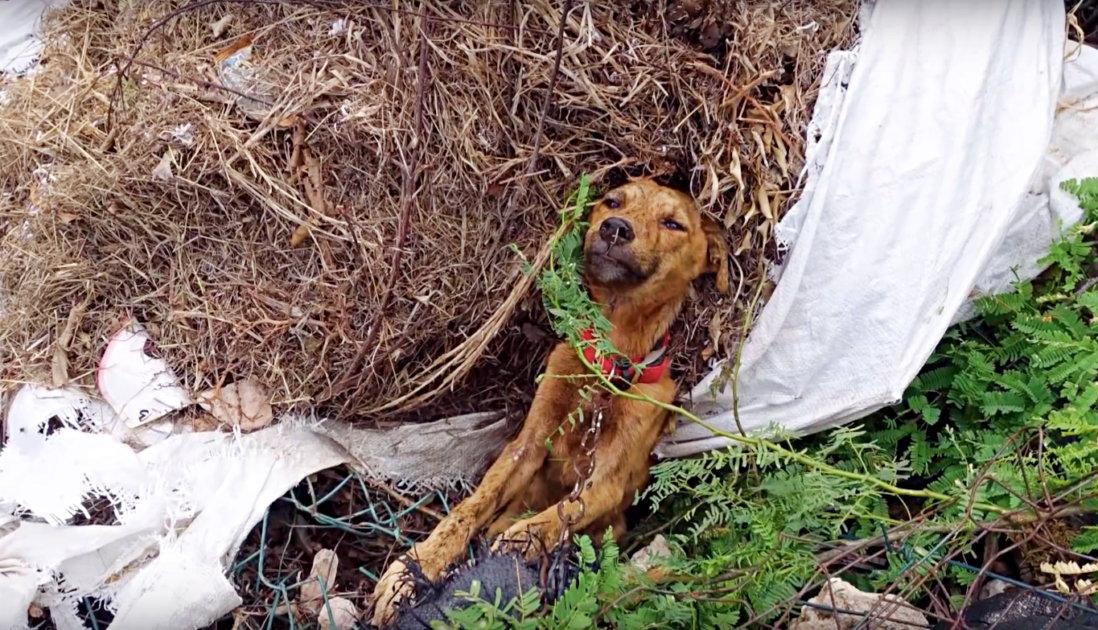 They agreed to take him in and found a great foster in Alle Hadoc to care for him as he healed both physically and mentally. 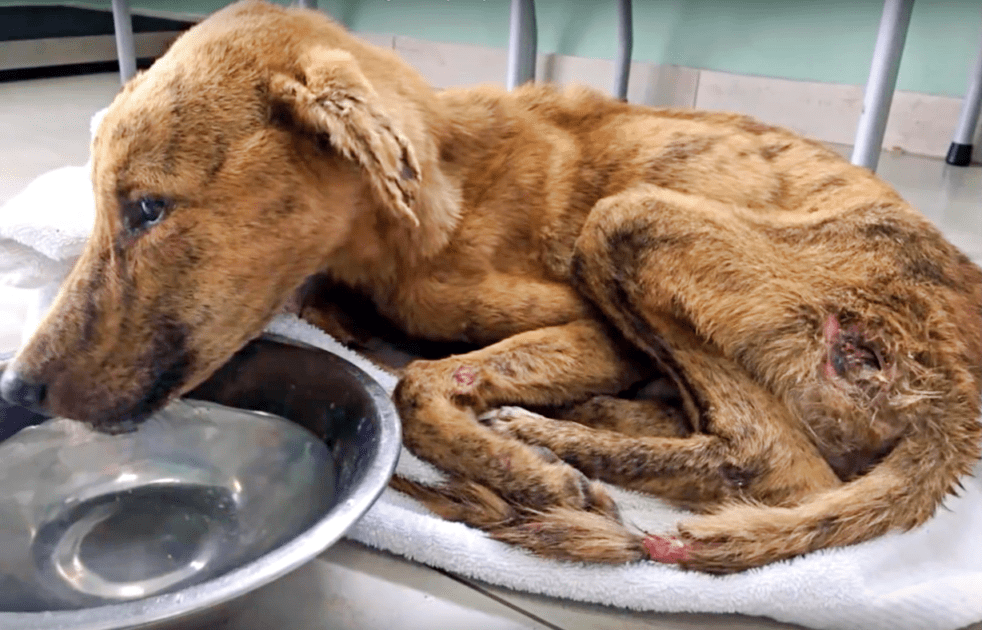 His road to recovery would be long and arduous, but Alex nor his team of supporters would give up. 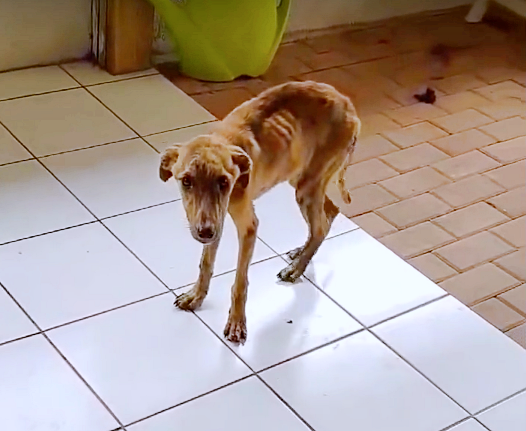 While living at his foster, he met new dogs and kitties who showed him the ropes and helped him along the way. Alex was such a sweet dog and loved every person and animal he met. 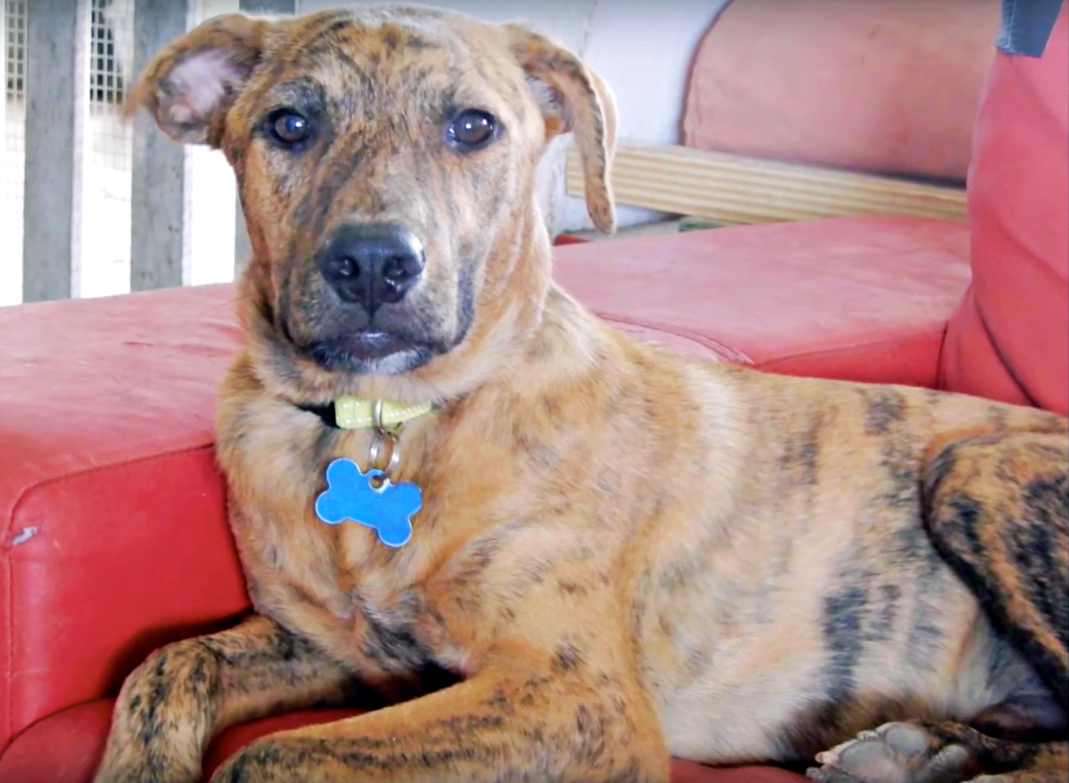 As time went on, Alex began to heal inside and out. The wound on his body healed, and so did the one on his heart. 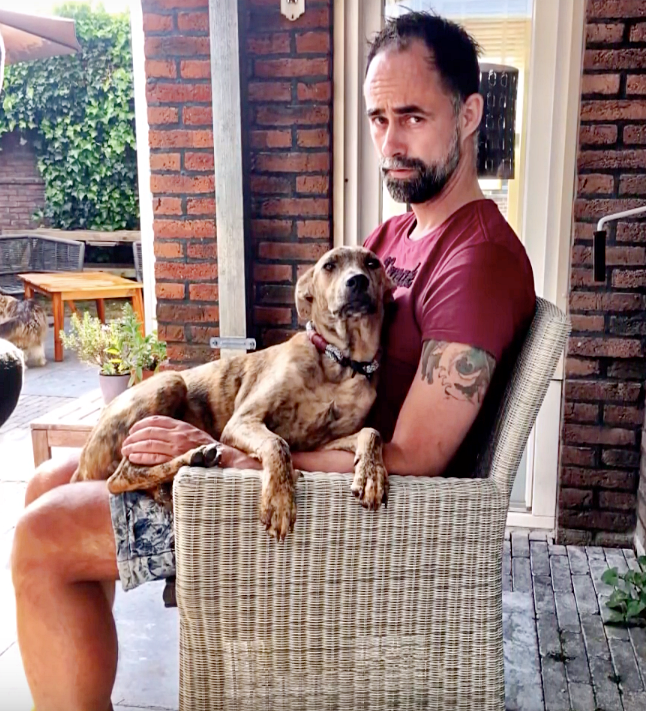 Once he was fully recovered, he found a loving forever home where he is now enjoying his second chance at life!