Can you imagine moving and leaving behind your dog that you’ve taken care of all its life? We can’t, either, but that is exactly what happened to Pumba. Ultimately, his story has a happy ending, but we cannot help but feel for the poor guy. Some people simply were not made to be pet owners.

Unfortunately, Pumba the dog ended up with a family like this. Don’t get us wrong, he was well taken care of and looked after. In the end, however, it was obvious that Pumba was not that important to them.

Pumba, a loving, obedient, and all-around good dog, found himself alone on the streets one day.

His owners moved and left him behind. He sat outside of his former home waiting for their return. Days turned into weeks, and weeks turned into months. 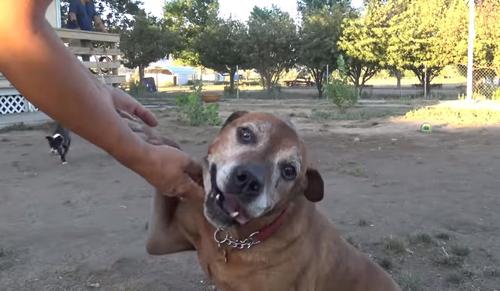 Pumba was fending for himself on the streets for almost a year when Hope for Paws was notified of his existence. Some concerned neighbors had seen the senior dog wandering around and worried about his safety. At least someone cared enough to do the right thing for Pumba. 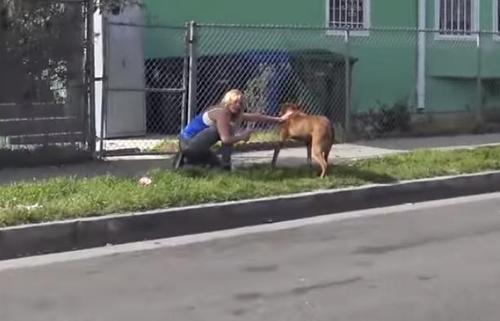 As the Hope for Paw’s video points out, Pumba was immediately spotted by the two women from the organization who were sent to rescue him. He was lying in his usual spot in front of his old home. The women brought along a cage in hopes that they could capture him to take him back to their shelter. 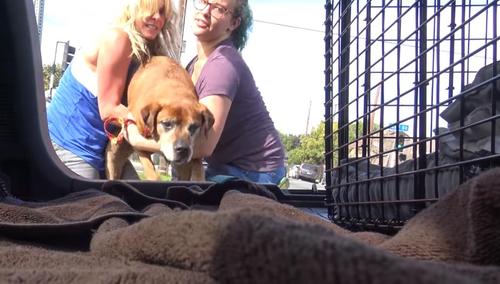 They began by placing food inside the cage. Of course, the dog must have been starving, having lived on the streets for over a year at this point. He was, and the food was a good lure. But Pumba would not be had quite so easily.

When going after the food left in the cage, Pumba would keep her two back feet out of it. This allowed her ample opportunity to escape, if necessary. The cage was also just a bit too small for Pumba to fit in comfortably. 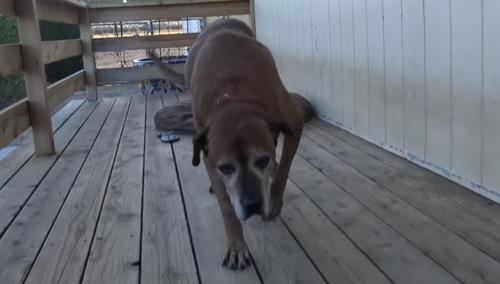 Pumba evaded the women when they tried to get close to him. Even though they were offering treats from their hands, Pumba could see that one was holding a leash and ran across the street to avoid her. 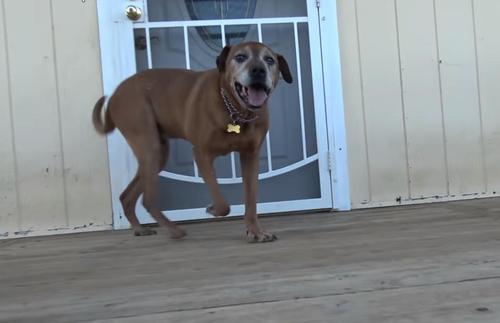 The women knew they had to try another tactic if they wanted to get Pumba to trust them. One went across the street where Pumba was sitting and offered him some more treats. This time, Pumba couldn’t help himself. He gobbled up the food and the woman was able to grab his collar.

The dog was immediately taken to the hospital for an evaluation and was so excited for all the attention he was receiving. He had been alone with little human contact for over a year and you can tell he is loving all the pets.

Eventually, Pumba was transferred to a foster family who had other dogs for him to play with. He was also given lots of human love. He seems grateful for his foster family’s attention.