We’ve seen some adorable and unlikely pairs of animal friends before, but the inseparable duo you’re about to meet is one of the sweetest: a brown mama cow and the little puppy she raised as her own.Rookie is an orphaned puppy. His mom died shortly after giving birth to him. Thankfully, a gentle cow stepped in to raise the pup herself.

For two years, they lived, ate, played, and slept side by side in a farmer’s barn. Rookie followed the cow everywhere, sleeping on her back and taking shelter between her legs whenever she was scared or needed comforting.But the farmer found that raising his two cows became too much, and was hurting them financially.So he decided to give the brown mama cow to another farmer who lived nearby to make ends meet.

As you’re about to see see, Rookie could not have been more heartbroken by the separation. 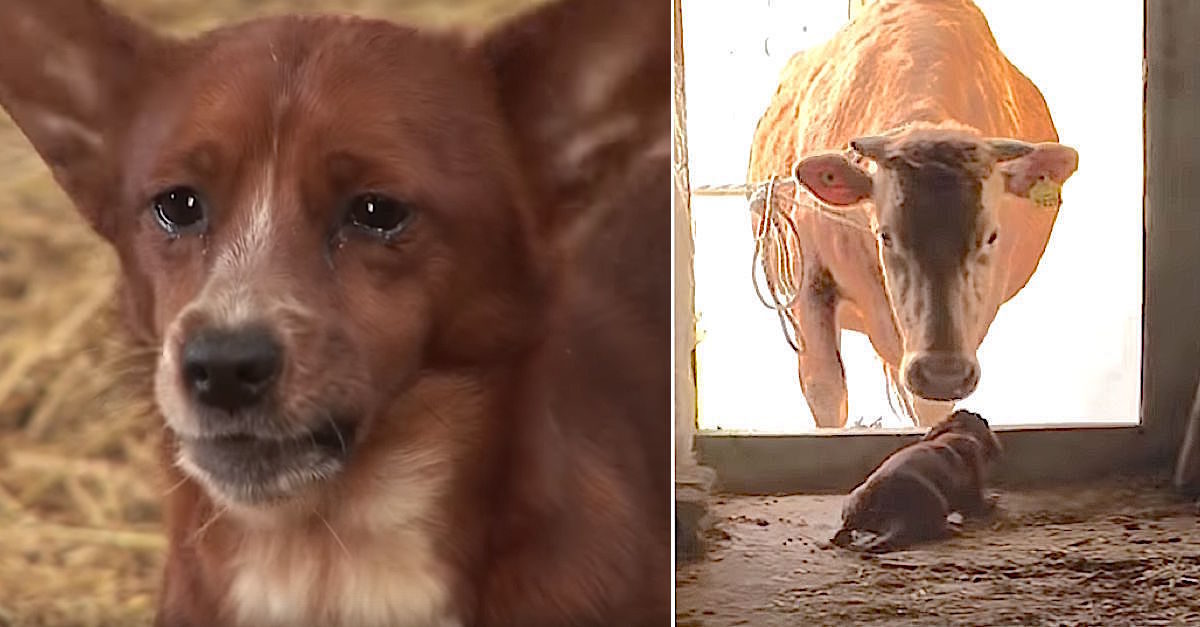 He yelped and cried, refused to eat, and spent the day longing for his mother to come back. At one point, Rookie even ran off the farm to follow his mama’s voice as she mooed from her new stall.

In the end, the farmer changed his mind and decided to keep the cow for the sake of the puppy who loves her.

Thank goodness this has a happy ending!

Since Rookie was so used to his bovine kin, the vet said it was important that he socialize with other dogs.