Bristol, the little dog, has a lot of affection to give, but it mostly goes to her father, Nathan McNeese.

Bristol, it may be said, has adopted him. And she has no qualms about stating it.

Bristol has been the McNeeses’ pet since she was a puppy, but she seems to have a different perspective on her role in the family. It’s all about her and Nathan in the eyes of the small dog.

Alicia told The Dodo that her “go-to person” is her spouse. “It’s incredible how well they get along.”

Bristol loves Nathan and is obsessed with keeping him to herself.

Bristol has created a special expression specifically for Alicia to let her know she isn’t interested in sharing Nathan’s devotion. The message is delivered clearly and loudly. 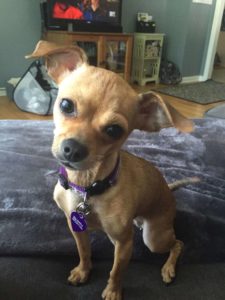 This implicit rivalry for Nathan’s affection manifests itself in such a variety of ways, such as in this scenario from a recent road trip. 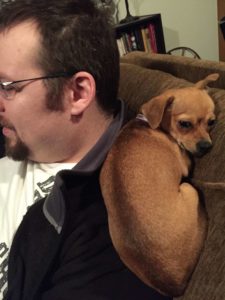 Bristol didn’t seem to like the fact that Alicia was riding shotgun.

Alicia explained, “At first, my head was resting on my husband’s shoulder.” “She replaced my head with hers when I lifted mine.”

Bristol is the one who will be placing his head on Nathan.

“I believe she was thinking to herself, ‘He’s my human.’ Alicia said, ‘Move on over, Mom.’ 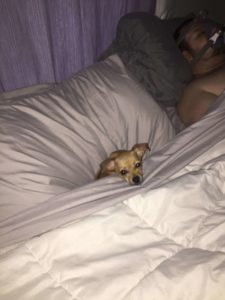 To Alicia’s credit, she’s not too upset by Bristol having claimed her husband as her own. After all, she loves Bristol to pieces, too.

“She is sweet,” Alicia said, adding: “When she wants to be.” 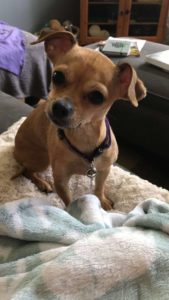 Nathan, meanwhile, is actually quite aware of the little competition for his love going on at home. In fact, it sounds like he wouldn’t have it any other way.

“My husband soaks it up,” Alicia said.