This story originally appeared at Shareably.If you’re reading this, then there’s a high chance that you don’t need to be told how brilliant puppies are. Puppies are instant mood-boosters that can turn around any bad day.We can guarantee that spending just part of your day with a puppy would soon turn your frown upside down.As a puppy grows, they reach some adorable milestones.

One of our favorite moments is when a puppy finds their voice.Think back to the scene in the Lion King where Simba is down in the valley. The little guy was trying to roar like his dad- and while the situation ended up being a trap, the lion cub attempting to copy his dad’s powerful roars was so adorable to watch!Just like Simba finding his roar, puppies are also on a mission to find their own barks and howls.

Puppies have such sweet little high-pitched voices – but that won’t stop them from trying to sound like their mom and dad!

In this day and age, it’s not too common for dogs to howl anymore. However, there’s always an exception to the rule- and we bet you can guess which breed is still known for howling.

If you answered with huskies, then you are correct.

Huskies are some of the most vocal dogs, and they’re certainly not afraid to be the center of attention. 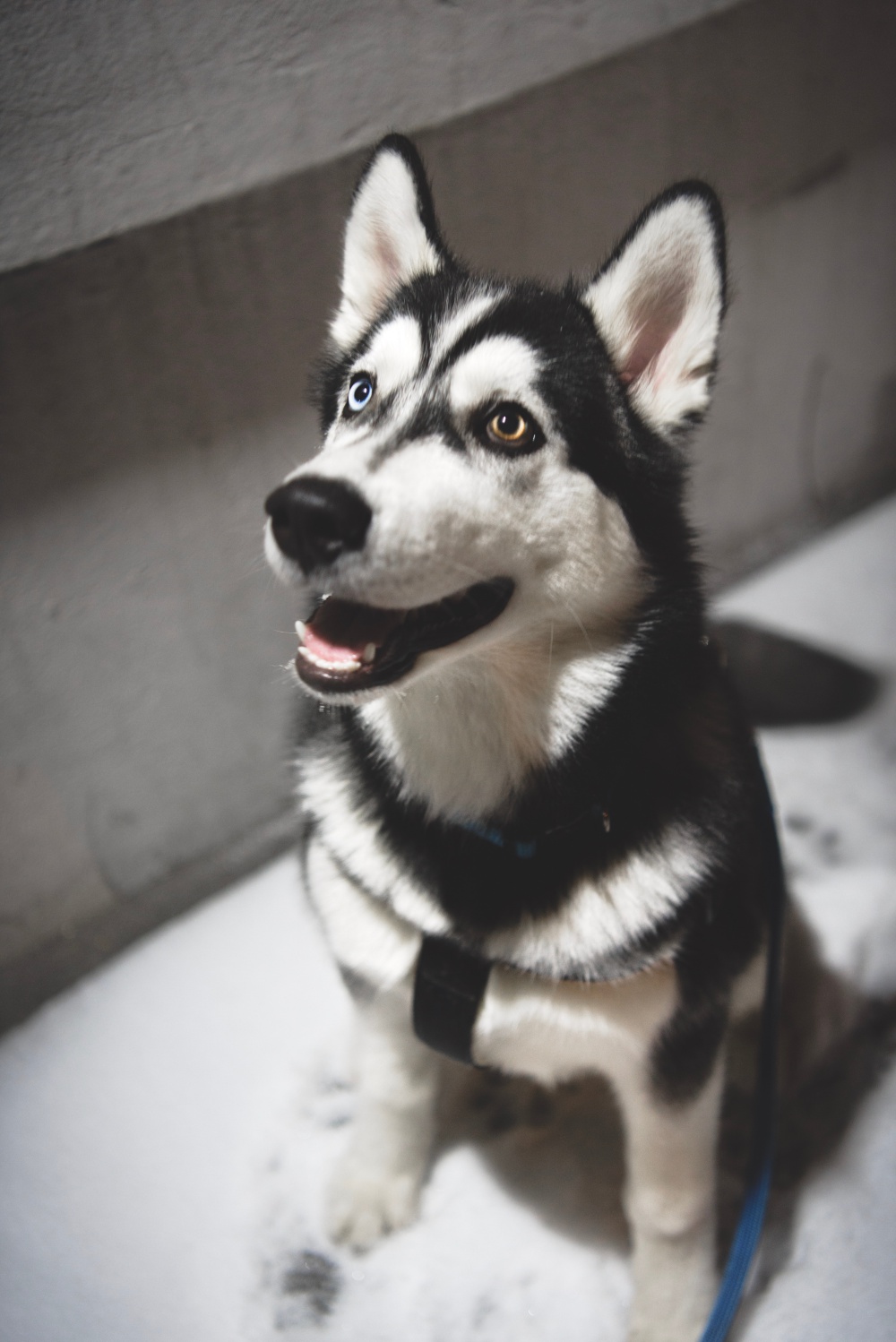 As husky puppies grow, they soon have their own “Simba moment” where they investigate with their whining and howling. Husky Owner says:

“While 7 weeks sounds young, I’ve seen much younger puppies attempt to howl. While they couldn’t get the sound right, they lifted their heads the same way other huskies do when howling.”

Of course, howling isn’t something that comes naturally to a puppy.

Just like humans learning how to talk or ride a bike, practice really is the key. The first few attempts are never going to be perfect, but as it turns out, that’s what makes them so brilliant! 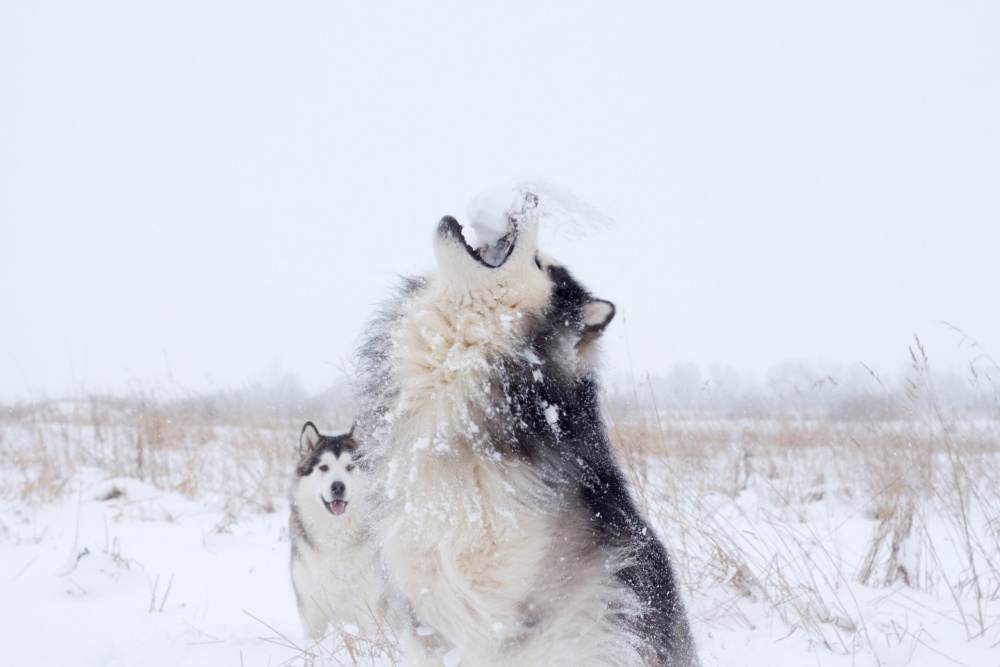 In fact, we’ve come across a video of a husky puppy learning how to howl that is so entertaining, we just had to share it with you!

In the adorable video, a litter of husky puppies sleep soundly together. We’ve already decided that this is the best video ever just from the sheer adorableness of it – but things are about to get even better!

One pup decides that it’s time to wake up, and like any good sibling, he wants his brothers and sisters to be awake with him. Incoming, husky alarm clock!

Sitting up on his legs, the pup tips back his head and lets out the biggest howl he can muster. 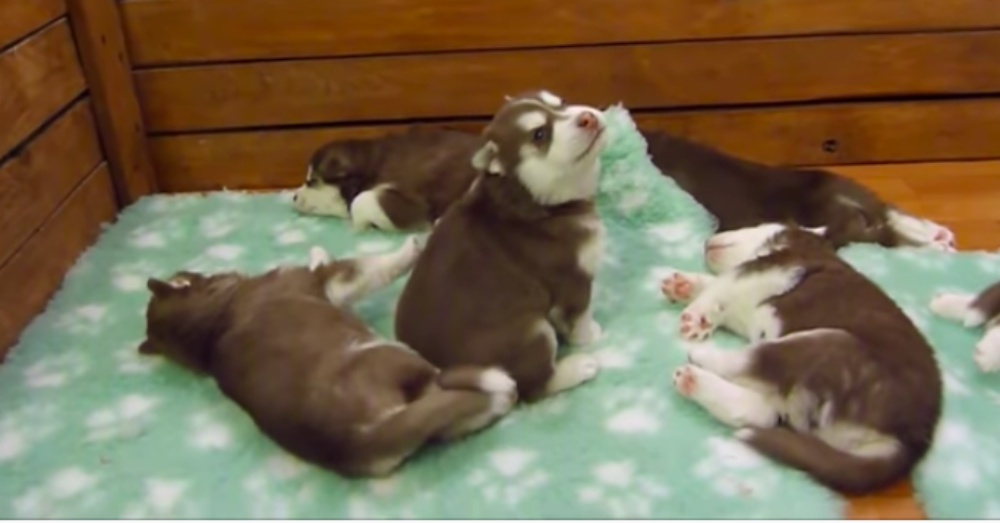 The problem is, the attempted howl just comes out as a tiny little squeak. That won’t be enough to wake up his siblings!

But does the husky pup give up? Absolutely not! He continues to howl in his high-pitched little voice, until something exciting happens. The pup’s voice breaks, and suddenly the squeak turns into a Chewbacca-style howl. 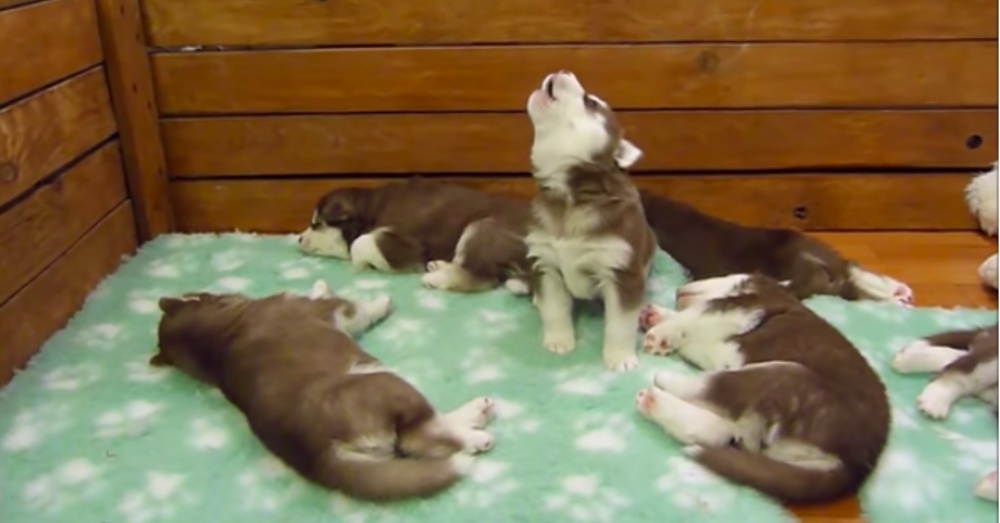 Naturally, this is hilarious – but the little husky looks incredibly proud of himself! When this pup began to try and find his voice, the last thing that we expected was for him to discover the voice of a Wookie instead!

Defeated, the pup decides to follow the lead from the others and take a hard-earned nap. All of that howling has worn him out!