Sally Sue, a shelter dog from Kansas City, has lived in a shelter for 500 days. Now the 11-year-old pit bull mix is closer than ever to finding her own home! The senior shelter dog’s lucky break came when a man decided to feature her smiling face on a billboard overlooking a busy highway.

“Hello, my name is Sally Sue,” the billboard reads. “Will you adopt me?” The 30-foot structure was purchased by a local clothing store owner and adoption advocate, Scott Poore — who once slept in a shelter to raise awareness about dogs who needed forever homes, according to the station.

“About five years I’ve been working on getting a permanent billboard,” Poore told KMBC 9 News. Poore hopes the billboard will connect with folks who aren’t currently reached within our social media siloes–though it certainly can’t hurt that Sally’s story is also going viral. 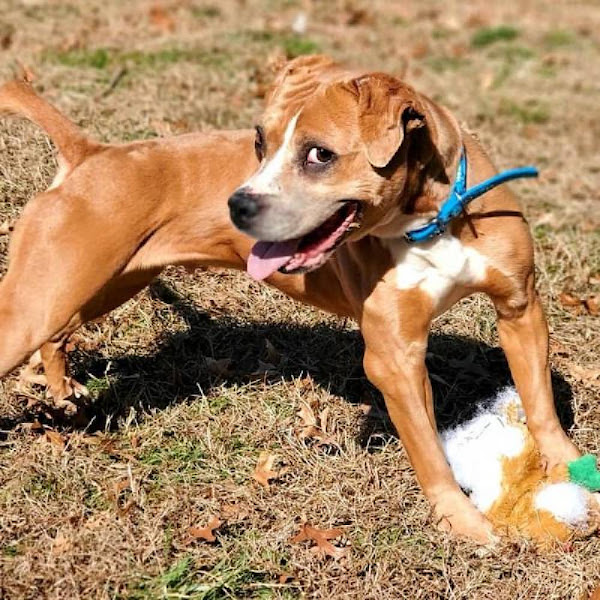 “Social media, we tend to promote the same story to the same people,” said Poore, who expects the billboard’s prominent location above a busy interstate will win it thousands of views. 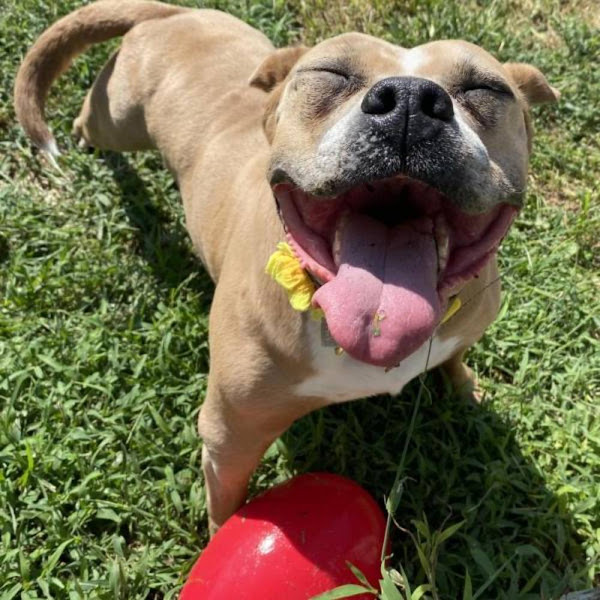 “All we need is that one right person to go by, make eye contact with the billboard and we’re saving another life,” said Poore, who hopes the billboard will help spread the word about long-term shelter dogs, like Sally, who deserve forever homes. 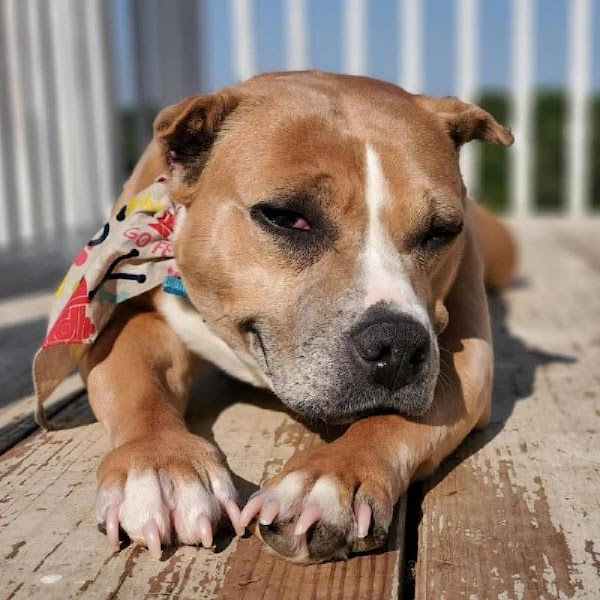 According to Always and Fur-Ever Animal Sanctuary, where Sally Sue has lived since 2019, the loving pit bull terrier mix is a sweet, spunky dog eager to get adopted. “I am so loved at the barn but I would love to have a family of my own,” Sally “wrote” in her adoption profile. 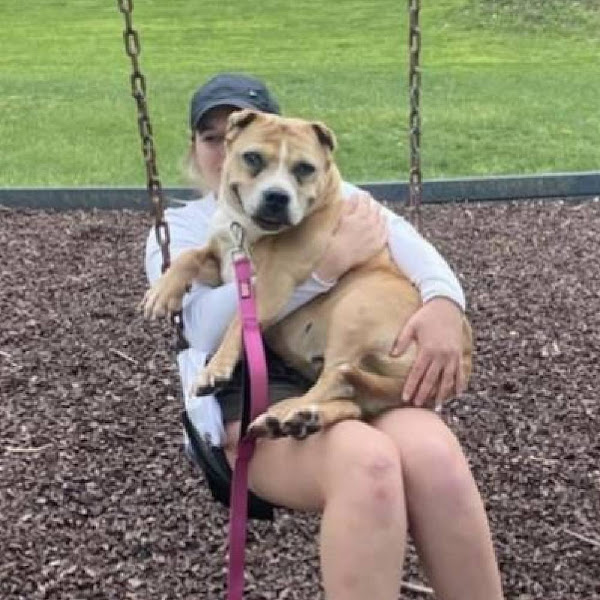 “I will reward you with tons of laughs, lots of love, and will be a sweet spunky companion for any family!

I really am the best girl and just want the chance to prove it to you! Once Sally – whom rescuers described as a playful “cuddle bug” who loves going for walks, sniffing everything in sight, and playing with her toys – is adopted, the billboard will be refreshed with photos of another dog who needs a forever home.

“The dogs that’ll be on the billboard are the ones that have been homeless the longest,” Poore told KMBC 9 News. “The goal is to find her not just a home, the perfect home. As quickly as we do that, move onto the next shelter pet that deserves to be up there.”