Steve Greig was heartbroken and devastated after losing one of his beloved dogs. He decided to do something to help with the pain and headed to his local animal shelter.He walked in the door and asked for the dog that no one wanted. The staff brought out a senior Chihuahua. “So (I adopted) a 12-year-old Chihuahua (named Eeyore) with a heart murmur and four bad knees, and I brought him home, and that was just the beginning of all the animals,” he told the Dodo.

Steve grew up surrounded by pets thanks to his animal-loving parents. He was used to the responsibility and enjoyed caring for animals. He continued to adopt unwanted senior dogs for a total of 9 and even took in a rabbit, chicken and pig.

“I’m upfront about all the dogs when guests come to the house. But I keep the pig secret for an element of surprise,” he posted.

They all live with him in his home and he says he doesn’t mind waking up early to make special diets for each.

A typical day for Steve starts at 5am. He makes all the different food and administers medications. 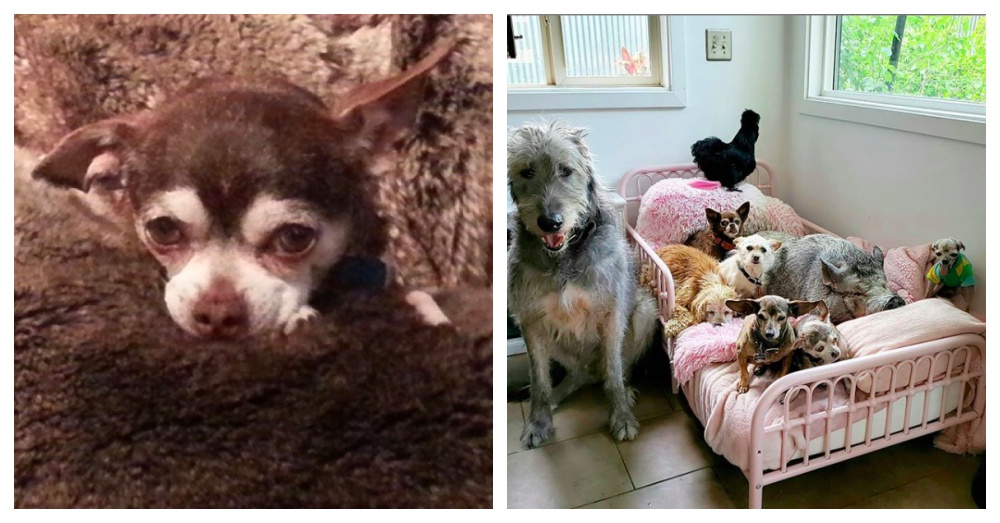 Then he heads to work to crunch numbers as an accountant. He takes his lunch break at home to care for his animals before returning to work. Then it is time to feed again and take walks, which involves pulling a cart for some dogs as others walk on a leash. After a long day they all cuddle in bed together, with a few sleeping on their own beds for safety.

Bikini, the pig, believes she is one of the dogs and is often found lounging near the dogs. Stuart the rabbit and Betty the chicken have also been pictured with the senior dogs on the family’s Instagram page. 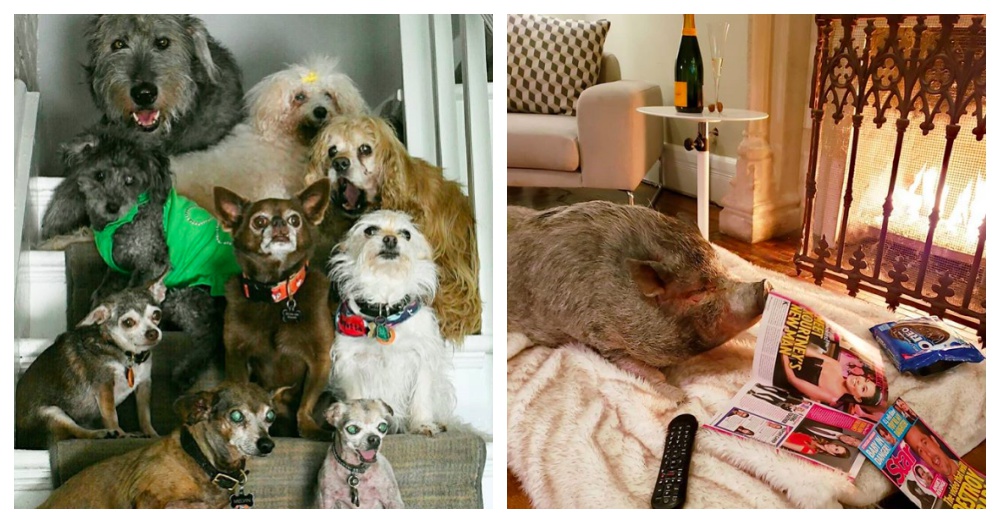 People from around the world follow the family and look forward to the updates and pictures. Steve not only takes in and cares for unwanted animals, but helps Maxfund Rescue Group in Denver find homes for senior dogs. He features them on his social media in hopes a follower will fall in love. 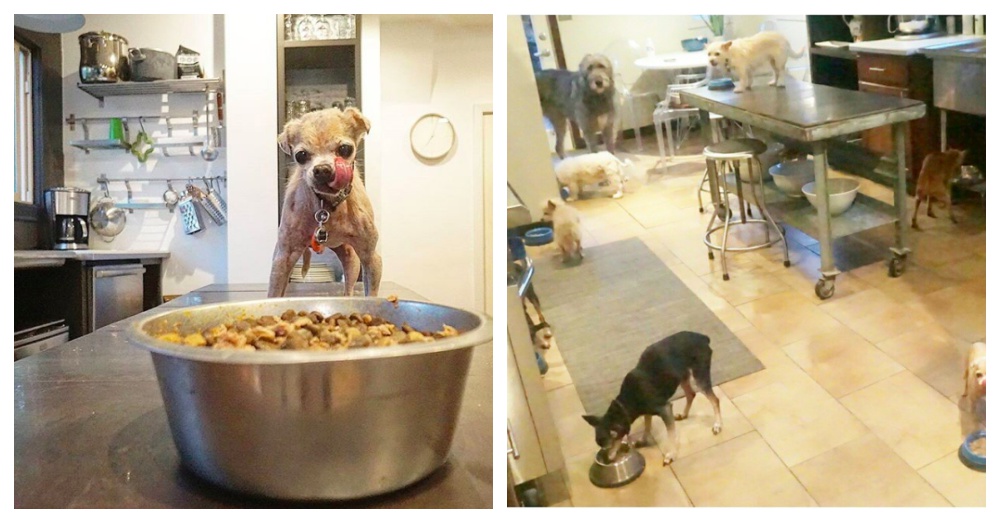 Steve loves seniors and said, “They’re just wiser animals. You kind of know what you want out of life once you become a certain age. These dogs know who they are and it’s easy to develop a relationship with a person or pet who knows who they are.” 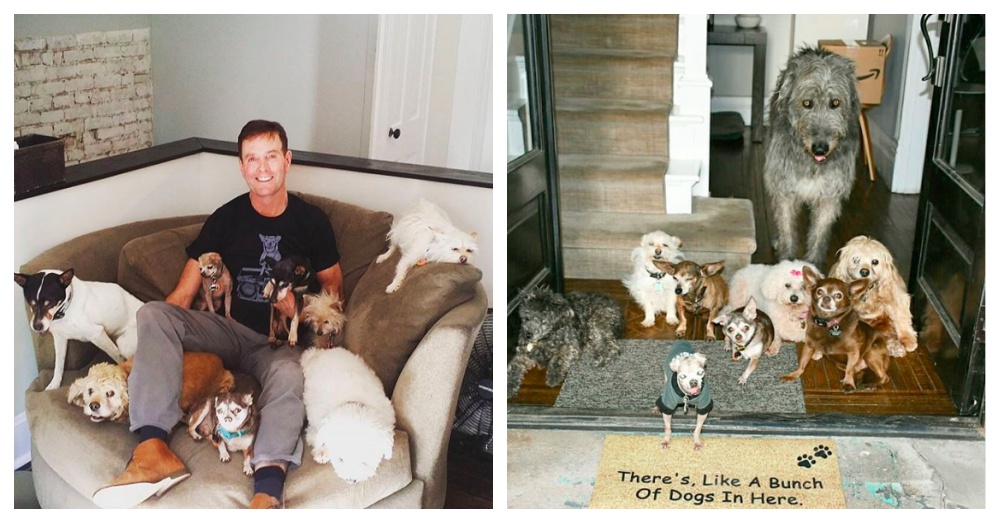 The adorable photos with witty remarks will keep you coming back for more. Each animal has so much personality and it clearly shows. 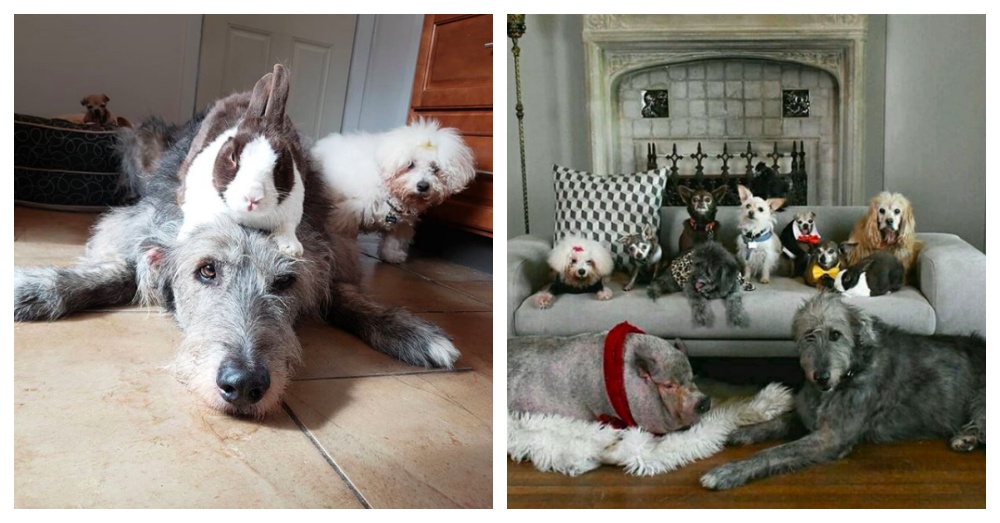 Thank you for adopting and for spreading the message that senior dogs need love and make the best companions. People like Steve make the world a better place.