Paul Koch awoke one morning and was just about to sit down with his newspaper when he spotted something thrashing around in his backyard pool.

To his surprise, a female moose was swimming in the pool. However, she appeared to be in distress and Koch realized she was entangled in the cover.

He carefully removed the cover and freed the moose, but she stayed in the pool and swam around the deep end. Recently, the weather in Ottawa, Canada, has been hot and humid, so the pool may have been a refreshing break for the animal.

In over 40 years, Koch and his wife have never seen a moose this close to the city and definitely not in their own backyard.

Unsure if the moose was intentionally trying to go for a swim or was unable to get out of the pool, Koch contacted the local police and the Ministry of Natural Resources. 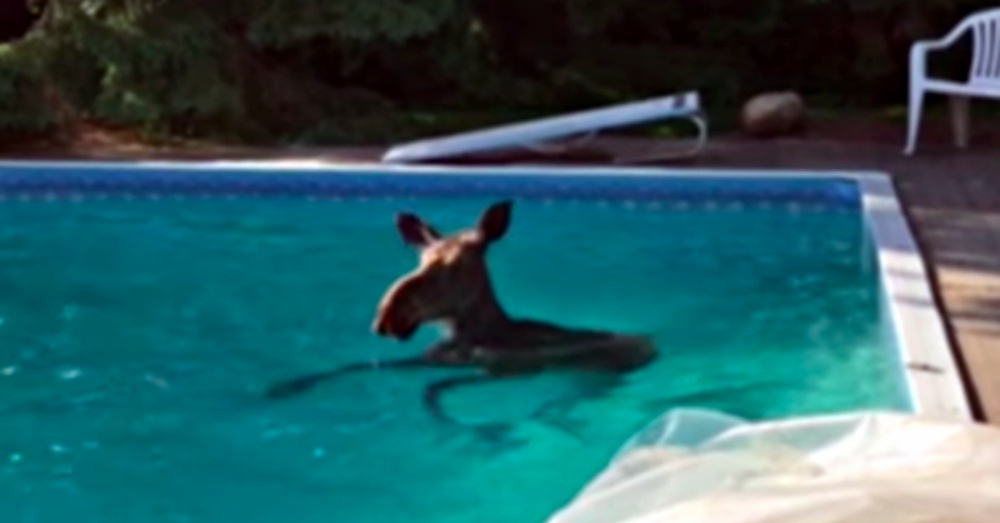 However, the moose eventually swam over to the shallow end of the pool and exited on her own. “The best thing that happened was that after three and a half hours she climbed out of the shallow end and jumped over the fence,” Koch told The Dodo. “The police came back and told me that she got back to the wooded area that she had come from.” 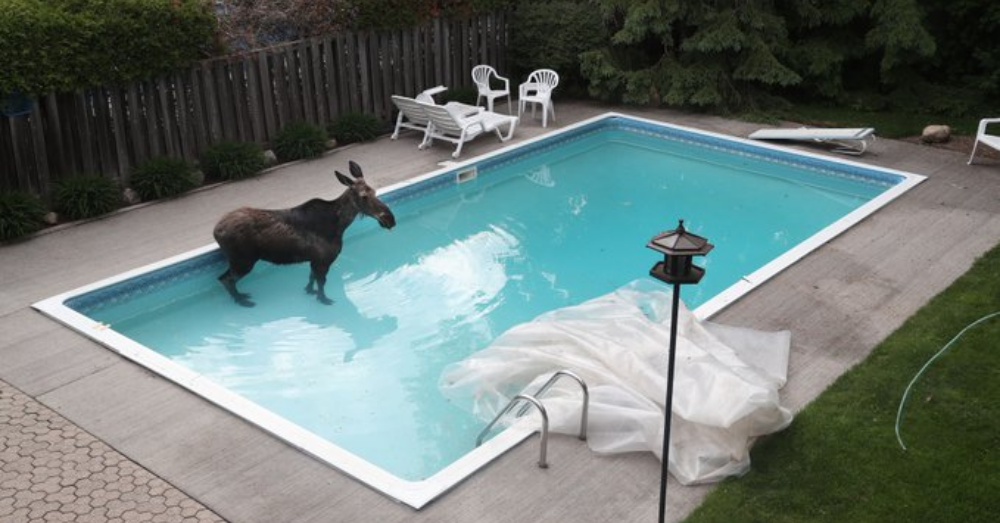 Apparently, humans aren’t the only ones who think there’s nothing more relaxing than a dip in the pool on a hot and humid day. Koch said, “It certainly made my morning.” 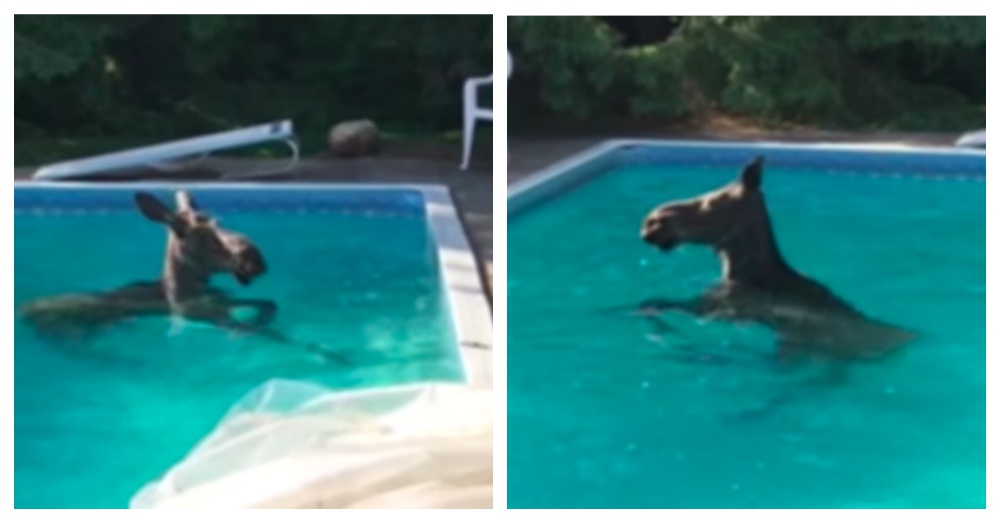 Koch was able to capture a video of the moose carelessly swimming in his pool and it has gone viral. Over 16 million people have viewed it and some are finding inspiration in the moose’s relaxed demeanor. One person wrote, “So chill… no concerns .. just living in the moment.. slowly swimming, no concept of time or any of the stuff that we (humans) concern ourselves with. He/she is just loving the water and the peaceful day .. 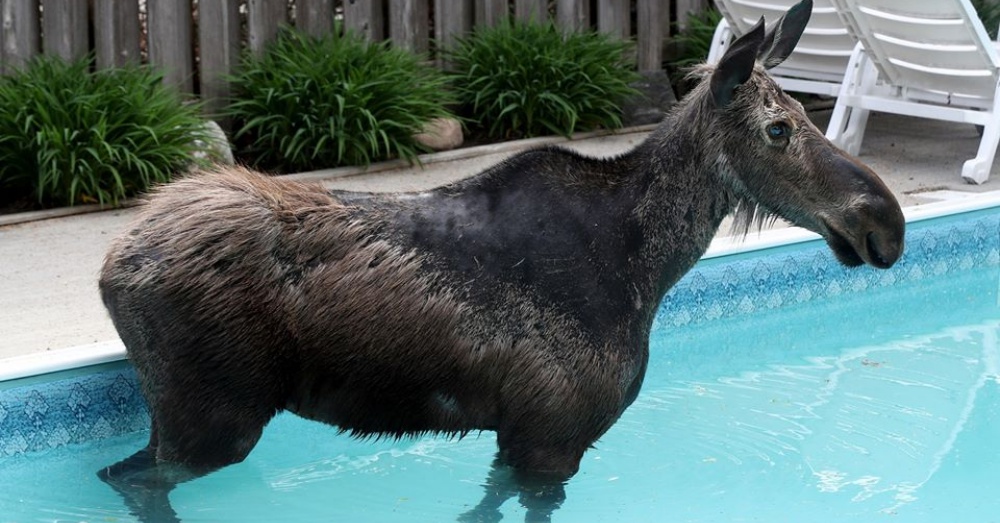 Another said, “This moose appreciates life. It knows how to remain cool in difficult circumstances At a time when the whole world is totally screwed up a little laugh goes a long way. Long live The Moose.”