These moving images show a man taking his dying dog up their favorite mountain one last time using a wheelbarrow.
Monty is a ten-year-old labradoodle and enjoyed going on walks all over the country with his beloved owner Carlos Fresco.

Touching pictures show Carlos Fresco, 57, from London, taking his dying pet dog up his favourite mountain using a wheelbarrow for one last walk

The dynamic duo traveled up to the peak of Pen y Fan in the Brecon Beacons in Wales many times before, and so Carlos decided to relive it one final time with Monty after discovering he wasn’t well.

Carlos and Monty travelled up to the peak of Pen y Fan in the Brecon Beacons, Wales, where they had visited many times over the years – and even summited the three peaks

Unfortunately, Monty was plagued with cancer and began to decline rapidly, this is when Carlos decided to take him on a final walk. 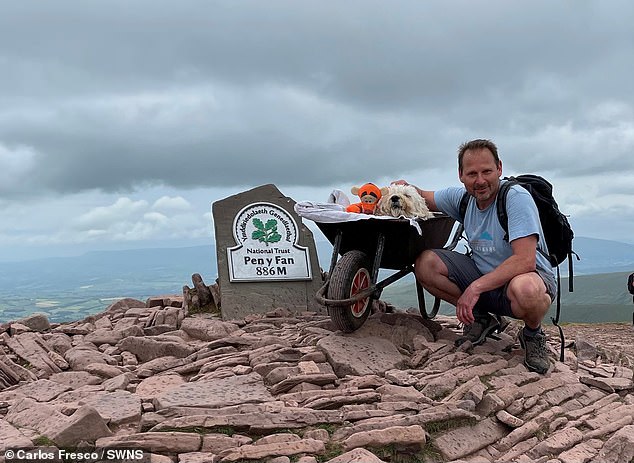 Monty passed away after an 18-month-long battle with leukemia. 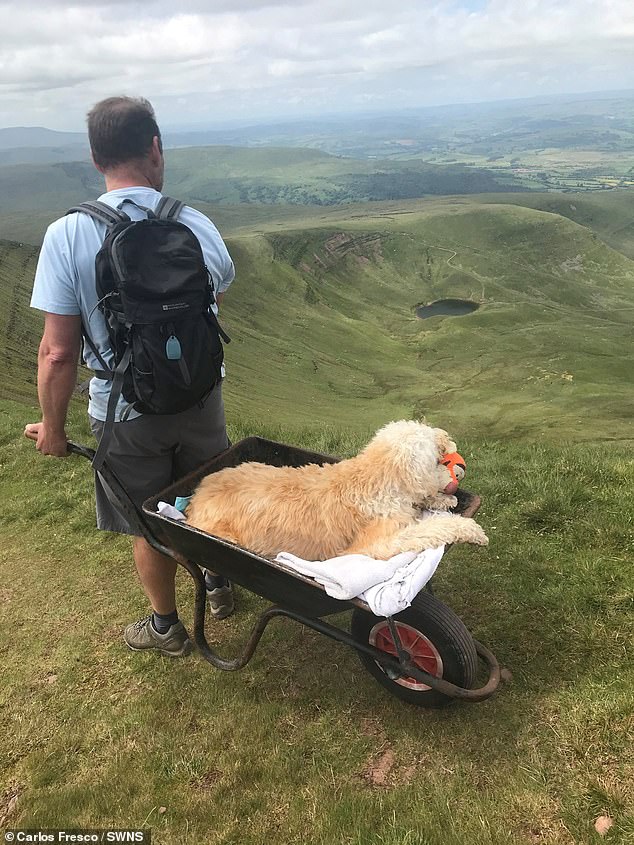 “He enjoyed all the fuss and attention” from well-wishers on his journey up to the summit despite being weak and tired. 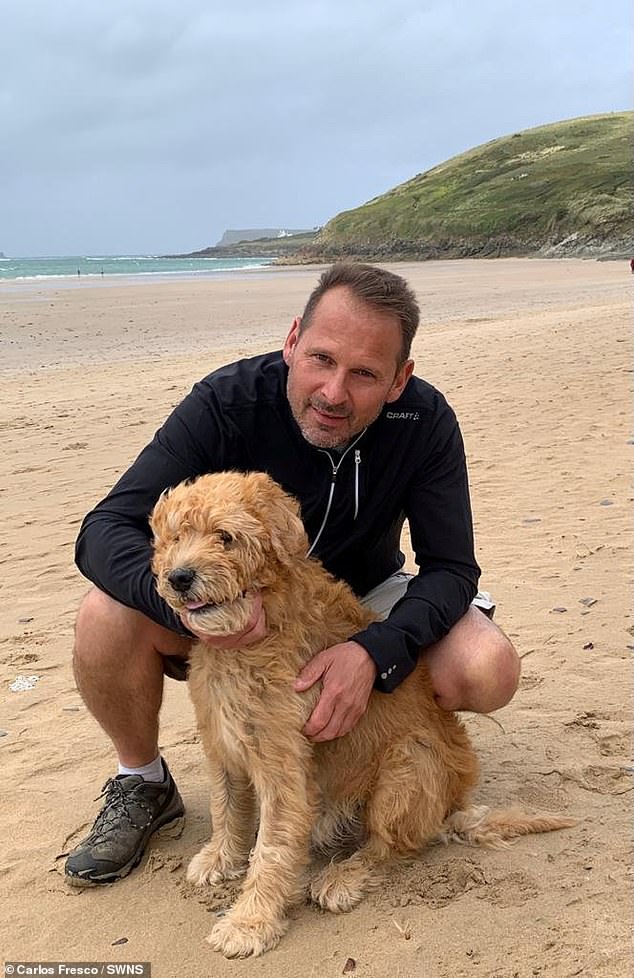 “People on the hills were so kind and equally so sad at his deteriorating condition.”

Carlos said that although Monty was weak on the trip, ‘he enjoyed all the fuss and attention’ from well wishers

“In fact, total strangers asked if they could share in pushing Monty on his last journey – many total strangers shed a tear as we all love dearly our little four-legged friends.” 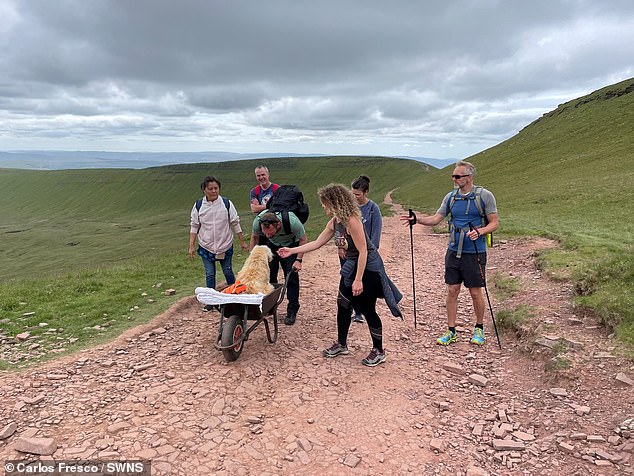 “I would like very much to thank them all for their support, encouragement and genuine concern over Monty.” 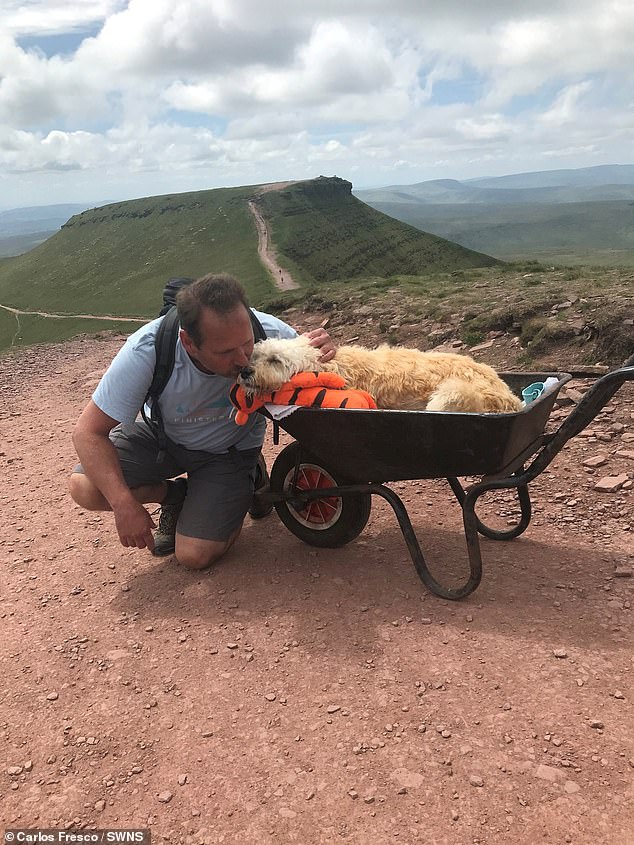 After becoming aware the Labradoodle wasn’t very well, Carlos decided to return to the beacons, so they could share one last journey together – with the aid of a wheelbarrow

“That little guy touched so many lives. Made everyone he came into contact with smile and just take a moment to reflect how sometimes life’s not that bad.”

“Our little companions are never judgemental, are always there waiting for you, and offer comfort when things haven’t gone well.” 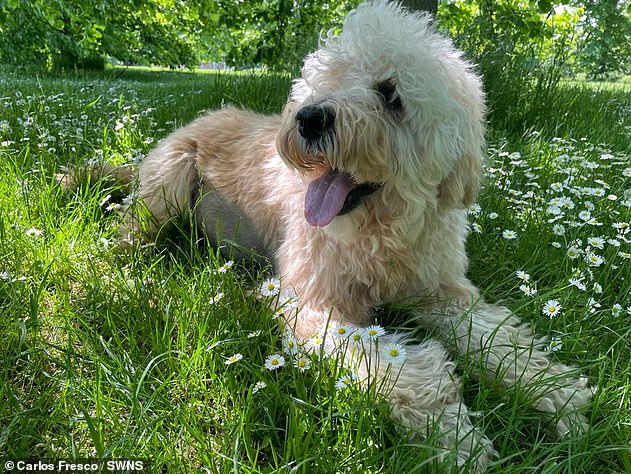 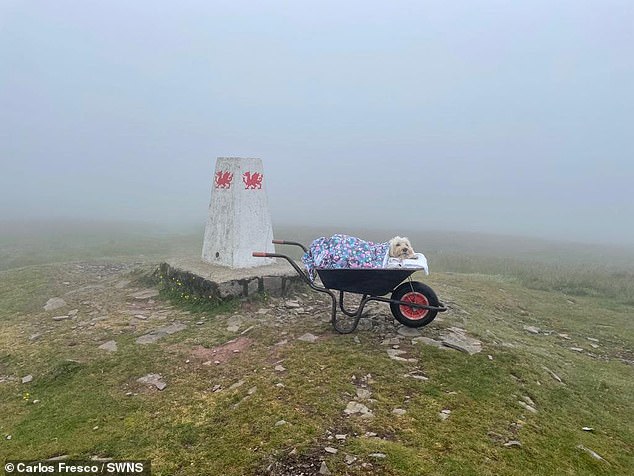 “I would like to thank all the wonderful people that we met in Brecon and on the hills for their true kindness and genuine sympathy.” 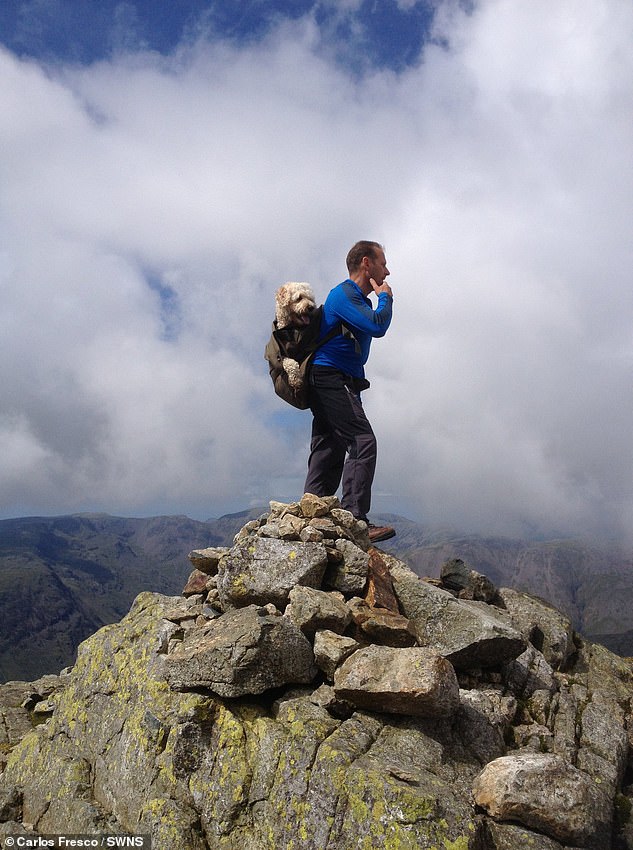 Monty enjoyed walks with his owner, but Carlos knew he was dying when his leukaemia came back. He passed away after an 18-month battle with cancer on June 21

“He was truly a special boy. God bless and goodnight little fella.”