A man in the end stages of ALS was focused on one thing – finding a loving home for his senior rescue dog.

John Weston was introduced to PawPaw thanks to his neighbor and founder of Muttville Senior Dog Rescue, Sherri Franklin. He knew right away when he met PawPaw that he was the dog for him. Weston was already diagnosed with

ALS and in a wheelchair, so Franklin promised to find PawPaw a new home if he could no longer care for him.

Sadly, that time had come. After spending three and a half glorious years with the wolfhound mix, Weston reached out to Franklin in the spring of 2019 and said he wanted to find PawPaw a new home before he passed.

Weston was only given six months to live when first diagnosed, but lived three more years, which many believe was due in a large part to PawPaw.

The two were inseparable. The rescue wrote, “PawPaw is always next to John and he sleeps on his dog bed right next to John’s bed. We all agree that PawPaw has extended John’s life and improved his quality of life too!”

One of Weston’s requirements was that he wanted to meet the potential adopters to make sure it was a good fit and the rescue added in that PawPaw would stay with Weston in San Francisco until he passed.

The rescue put a heartfelt video together where Weston shared with the world that he was looking for a new home for his beloved dog and said, “I’m looking for a home that will love him as much as I did…and do. And he’ll love back, because that’s just his nature.”

Bernie Knobbe and Tim Belavich from Los Angeles, who have already rescued three seniors from Muttville, heard about PawPaw and had to meet him. 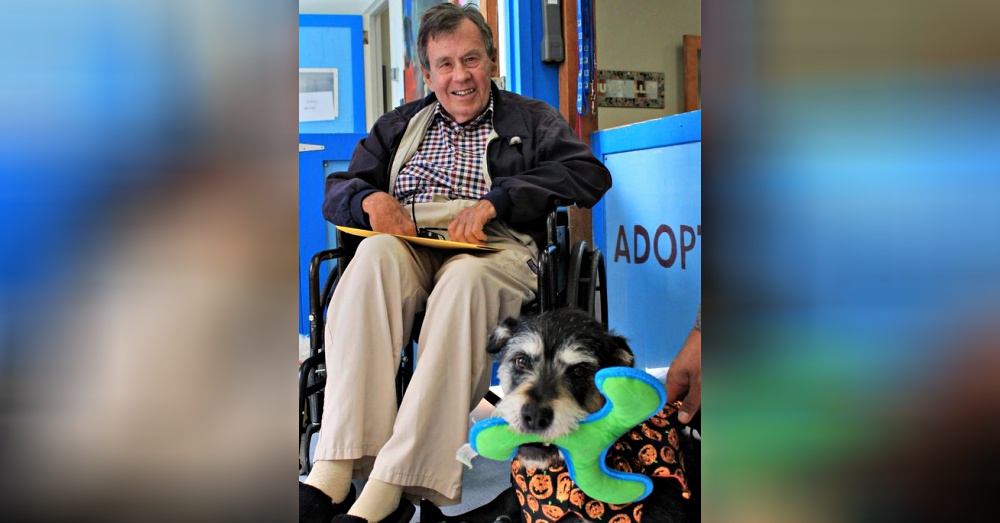 Weston met many interested adopters but there was something different about Knobbe and PawPaw’s connection. Knobbe happened to be in town for work and set up a meet and greet. He felt an instant connection to the sweet dog and the feeling was mutual.

Weston observed Knobbe playing with PawPaw and gave his approval in the sweetest way. He called Knobbe over to his bed and removed his oxygen tube to speak. “John put his hand on my arm and he just said, ‘You’re a good guy. This is good,’” Knobbe told TODAY. “It was emotional. Everybody was crying in the room. It was obviously meant to be.”

Weston passed away three days later. Franklin believes he was holding on until he found a forever home for his beloved dog. 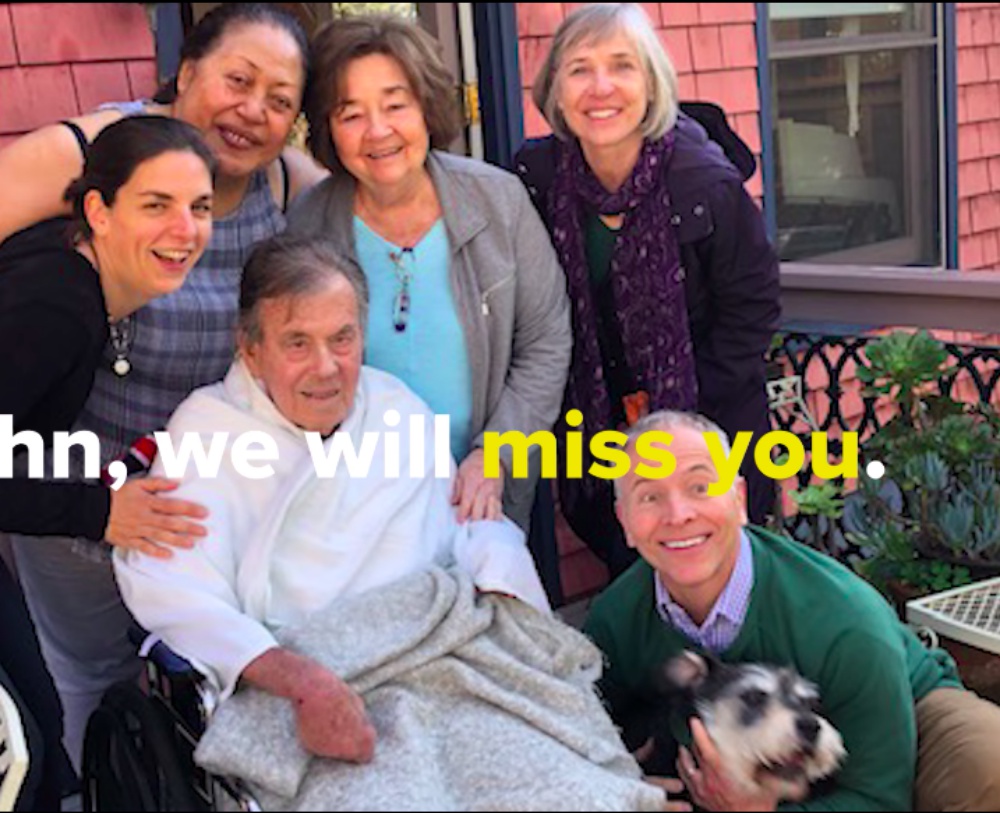 “I think he met the right person and he could finally let go,” she said. “John left this world happier.”

The rescue concluded the video by saying, “John, we will miss you. So will Pawpaw. But one thing you can be sure of. Pawpaw is loved.”

The 16-year-old dog now lives in Los Angeles with two other rescue schnauzers and enjoys playing with toys and running around his backyard. He was recently diagnosed with a condition known as megaesophagus and needs to be fed in an upright position. The couple had a custom chair built for PawPaw and he quickly adjusted to the new routine.

His new family said, “We hope John is watching over Paw Paw and us and is happy with how we are caring for him and how he has settled in here in LA since we adopted him in April, 2019.”