It was a cold, rainy afternoon when NYPD Officer Michael Pascale first met Joey. He was driving his squad car through a public park when he spotted a small black dog huddled among the used needles and broken beer bottles.

Upon closer inspection, Officer Pascale saw that the dog had a thick chain around his neck tethering him to a fence. Joey was soaking wet, shivering, and clearly abandoned.

“He’s just staring up at me with these ‘Help Me’ eyes,” Pascale told The Dodo. “My first thought was I’ve got to get him out of here.”

The animal-loving officer took Joey to the Animal Care Centers of NYC‘s shelter in Brooklyn. As he dried the grateful pup with a towel, he could feel a special bond beginning to form between them.

“I don’t just see an animal,” Pascale said. “I see a soul. And that’s not something I turn away from.” He sent his wife a photo of the pitiful pup via text. Her response was immediate: “Bring him home!” Just like that, the couple decided to adopt Joey — if they could get past one small hurdle.

The folks at the ACC informed Officer Pascale that Joey would have to remain under their care for a mandatory 72-hour stray hold. No matter how neglected or mistreated an animal appears, there may be a distraught owner out there searching for them. A stray hold allows them time to locate their lost or stolen pet and come forward. The newly bonded pair said a difficult goodbye with Officer Pascale promising to return. A man of his word, he came back the very next day — and the day after that. With each visit, they grew closer.

Finally, the stray hold was up, and Pascale was free to officially adopt Joey. When the paperwork was complete, Joey was brought out to greet Pascale one last time. 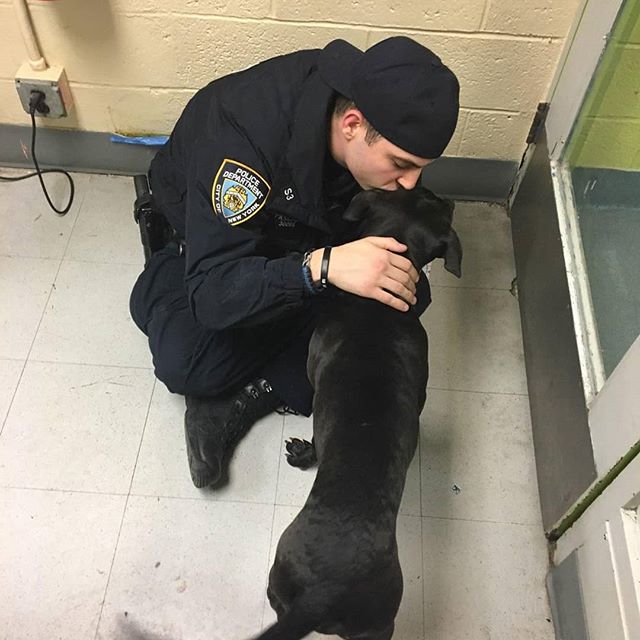 As the ecstatic pup showered him with kisses, Officer Pascale promised to keep him safe and never let him suffer abuse or neglect again. Then they headed home to begin their new life together. 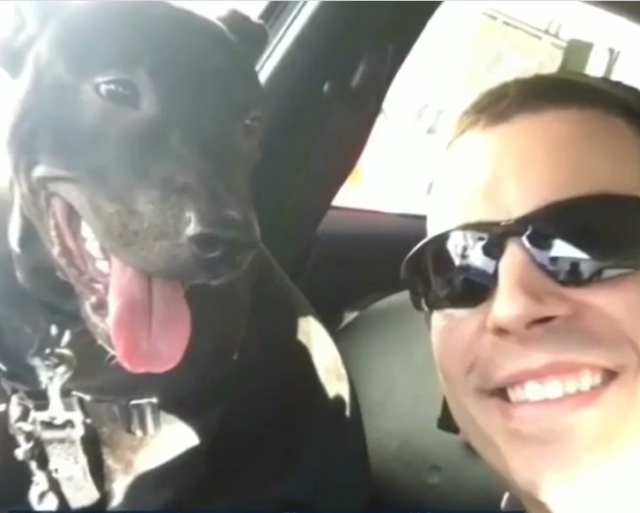 Where there once was a hungry, frightened stray there is now a strong, cherished pet. Joey loves exploring New York with his dad and snuggling up on the couch with his mom. Officer Pascale reports he has become quite the Mama’s Boy. 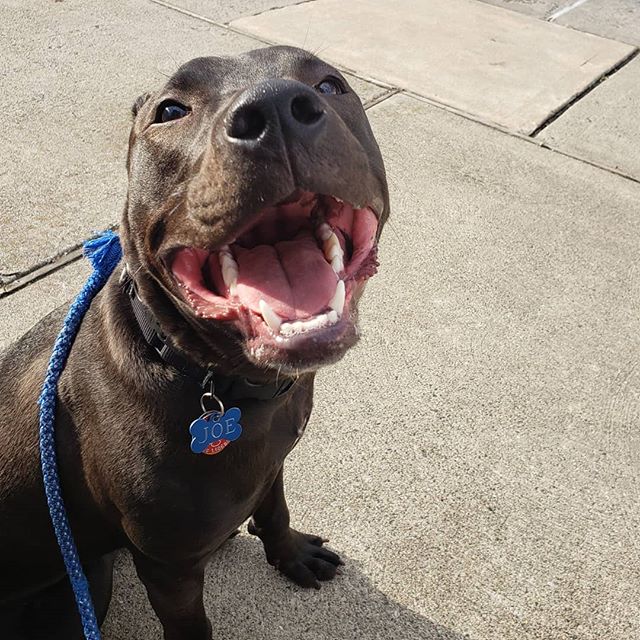 Joey is a good dog — in fact, that just happens to be his Instagram handle: @Joey_Good_Doggo — but he’s not perfect. He occasionally gets into the trash and he still hates going outside in the rain, but he is happy. And he is loved.