Cynics will deny it, but I bet many people out there still believe in the power of love at first sight. Or in this case, love at first sight/sniff. This is the love story of two dogs who met under less than ideal circumstances, but it bonded them for life.

Agatha and Jukebox, two Pit Bulls, both spent a long time at Pima Animal Care Center in Tucson, Arizona. Even though they came in separately, they would go on to stick together for life. Kristen Hassen-Auerbach, director of animal services at the animal center told The Dodo their amazing friendship began during a playgroup session.

“Typically when a bonded pair of dogs come in the shelter, they’ve spent their whole life together. But with these two, they didn’t know each other. They met in a playgroup one day and from the second they laid eyes on each other they became inseparable.” 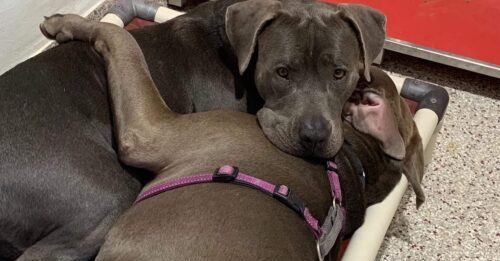 These two dogs fell head over heels for each other right away. Physical touch definitely seems to be Agatha and Jukebox’s love language, because they insist on sleeping in the same bed.

“There’s plenty of space for them to stretch out but they share that tiny little bed together and that’s how they prefer it.” 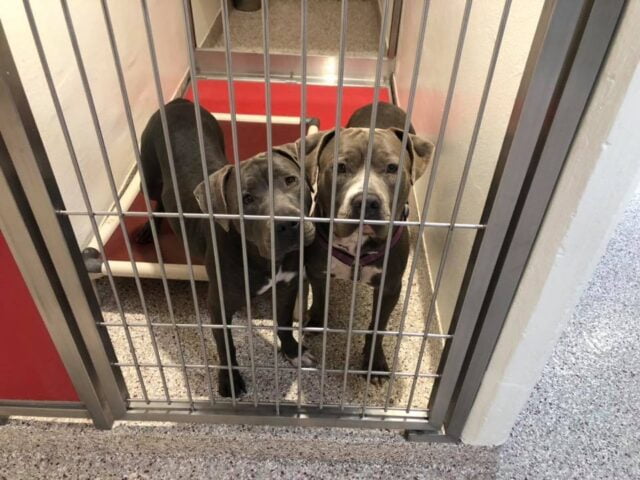 Since the PACC takes in thousands of animals every year, the meeting (and immediate befriending) of these two dogs is a true miracle.

According to Nikki Reck, public information officer for Pima Animal Care Center, the two besties were later allowed to share a kennel.

“You walk by their kennel and they’re always doing one of 20 cute things. They’re either laying upside down on their backs together, or one of them is licking the other one.

It thrills Hassen-Auerbach that Agatha and Jukebox found love in a hopeless place. The fact that these two pups had each other to lean on made shelter life more bearable. 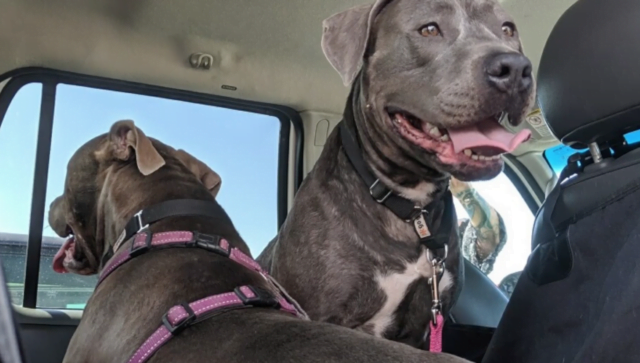 “Despite the fact that they are living this life of confinement, which is super stressful on most dogs, they take so much comfort in each other’s presence.”

Naturally, seeing how close these two got meant the shelter couldn’t have them adopted separately. They posted photos of the dogs cuddling, hoping someone would see and want to take both home.

“Typically we don’t say ‘these two have to be adopted together’ because that makes it take longer for them to find a home. But with these two, we just can’t bring ourselves to split them up, so we’re hoping against hope that we can find a home for them together because the two of them are meant to be.”

As it turns out, a family out there was more than willing to maintain this precious bond.