Brody is a 12-week-old Labrador Retriever puppy who now serves as a therapy dog for the Bristol Police Department in Rhode Island, USA.

On his first day of work, the pup woke up early to prepare for his swearing-in ceremony. However, he seemed to be exhausted because he was all night nervous about his big first day. Therefore, he fell asleep instead of joining in the ceremony as a member of the department. 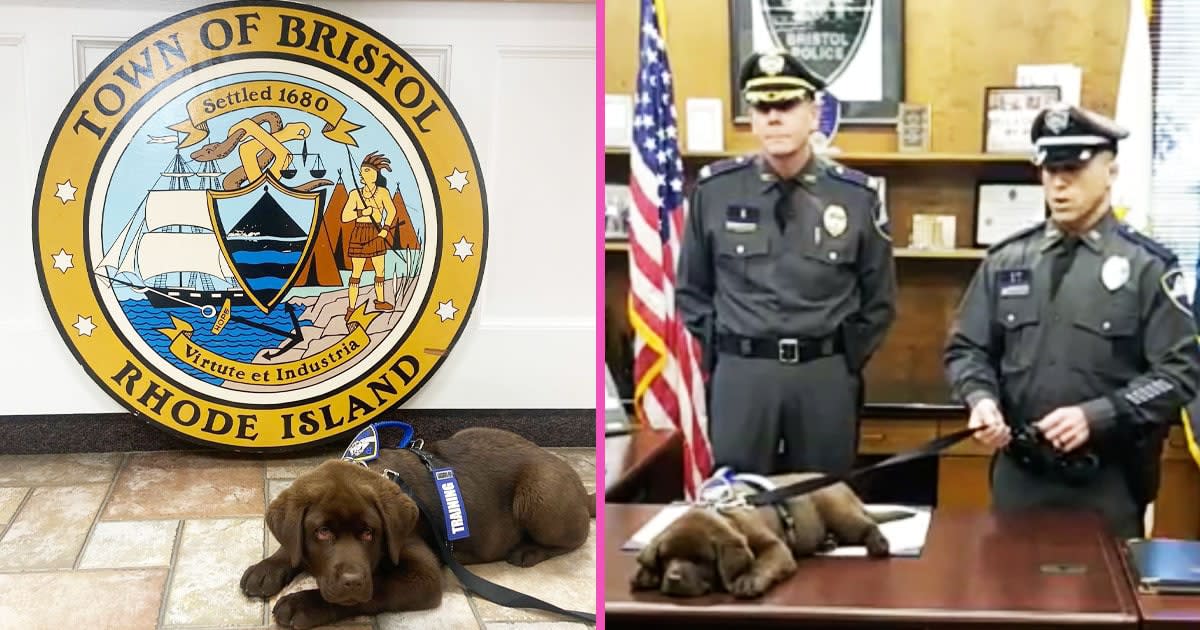 Brody was comfortable when he was around his new colleagues, so he blissfully napped while they conducted the swearing-in ceremony behind him. “We put him down on the desk and he was just so comfortable that he lay down and fell asleep,” Officer Keith Medeiros, Brody’s handler said.

“He plays really hard and he sleeps really hard,” Medeiros told The Dodo. “When he’s not playing, he’s sleeping, which is kind of tough because he sleeps a lot.”

They also shared that the presence of a comfort dog like Brody will enhance their community efforts, as well as reduce stress and anxiety for both witnesses and investigators.

“People are really stressed, especially in law enforcement,” Medeiros said. “Just by walking in the police department with Brody, people immediately smile, they immediately get into a better place. They want to pet him, want to hug him and it’s just a really good thing.”