On Monday, a little puppy was roaming about the La Porte area when she decided to take a break.

She strolled up a driveway and looked into the front door of a house to see who was there. She then made herself at home in the porch’s shade, resting her head on the welcome mat, and waited…

After noticing the puppy outside and giving her food and water, the family decided to seek assistance from the rescue organisation This Is Houston. The puppy continued to snooze on the porch for hours.

This Is Houston tagged Kourtney Crenshaw in a Facebook post about the dog, Lila. The rescuer realized she couldn’t let the sweet dog spend another night on the street as soon as she saw her photo.

Lila was happy to meet Crenshaw when she arrived at the house. 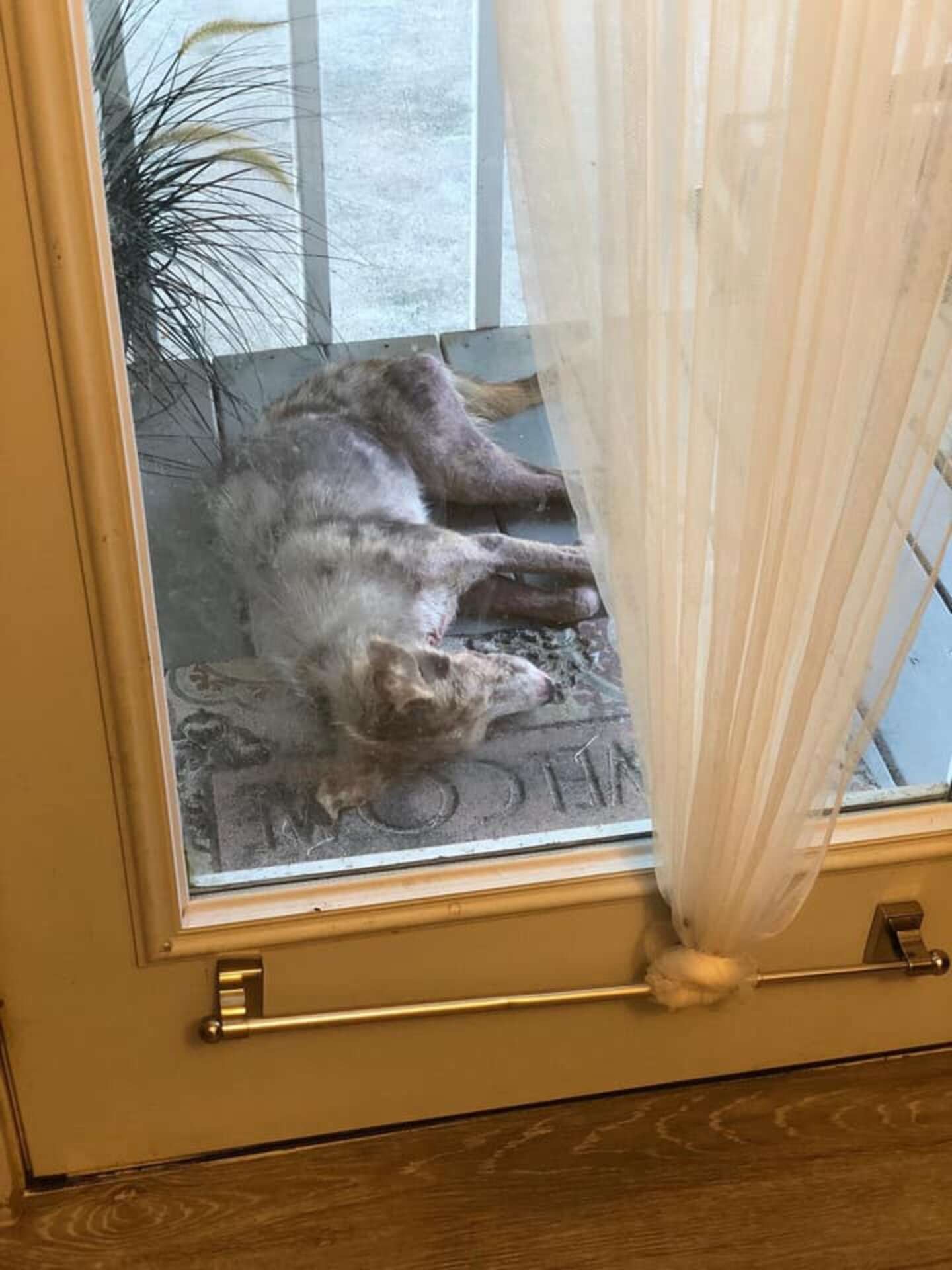 “She was a bit timid when I first got there, but after I let her smell me, she let me pet her and started licking my face right away,” Crenshaw told The Dodo. “She wouldn’t walk on a leash, so I simply took her up and drove her home in my car.” 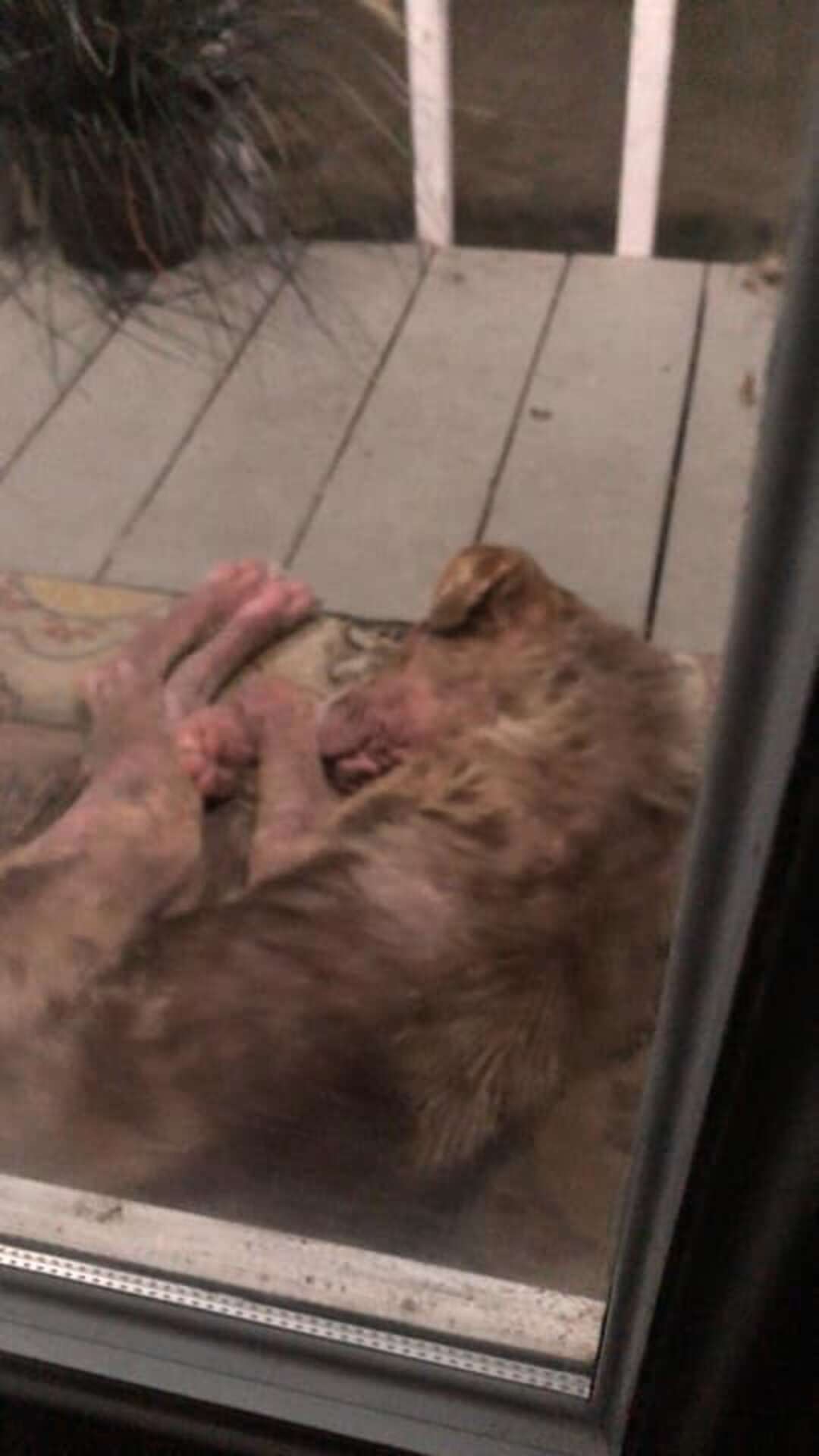 “She must have been prepared to be rescued,” she said, “because it was quite easy to earn her trust and bring her to safety despite her fear.”

Crenshaw took Lila to a veterinarian, who diagnosed her as a 5- or 6-month-old Australian shepherd. Demodex mange caused her hair loss and irritated skin, which is being treated with medicines and medicated baths to make her feel better. 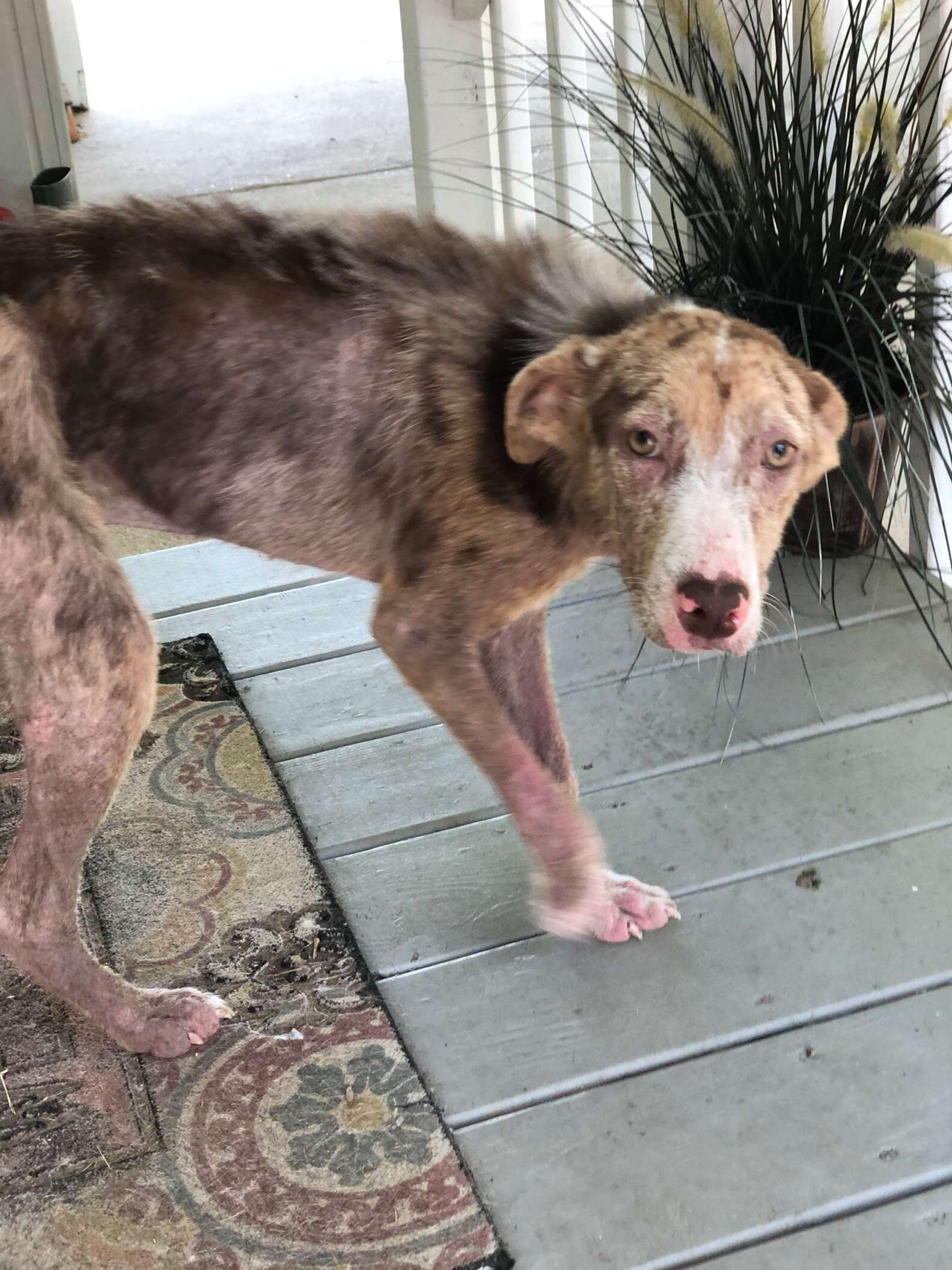 Lila appreciates having a comfortable house with regular food. “She’s done a great job adapting,” Crenshaw added. “She enjoys back massages and belly rubs, but above all, she loves food.”

Crenshaw is putting in a lot of effort to help Lila recover quickly so she may start looking for her permanent home. “She’ll be up for adoption after she’s feeling better and a bit more decompressed,” Crenshaw added. 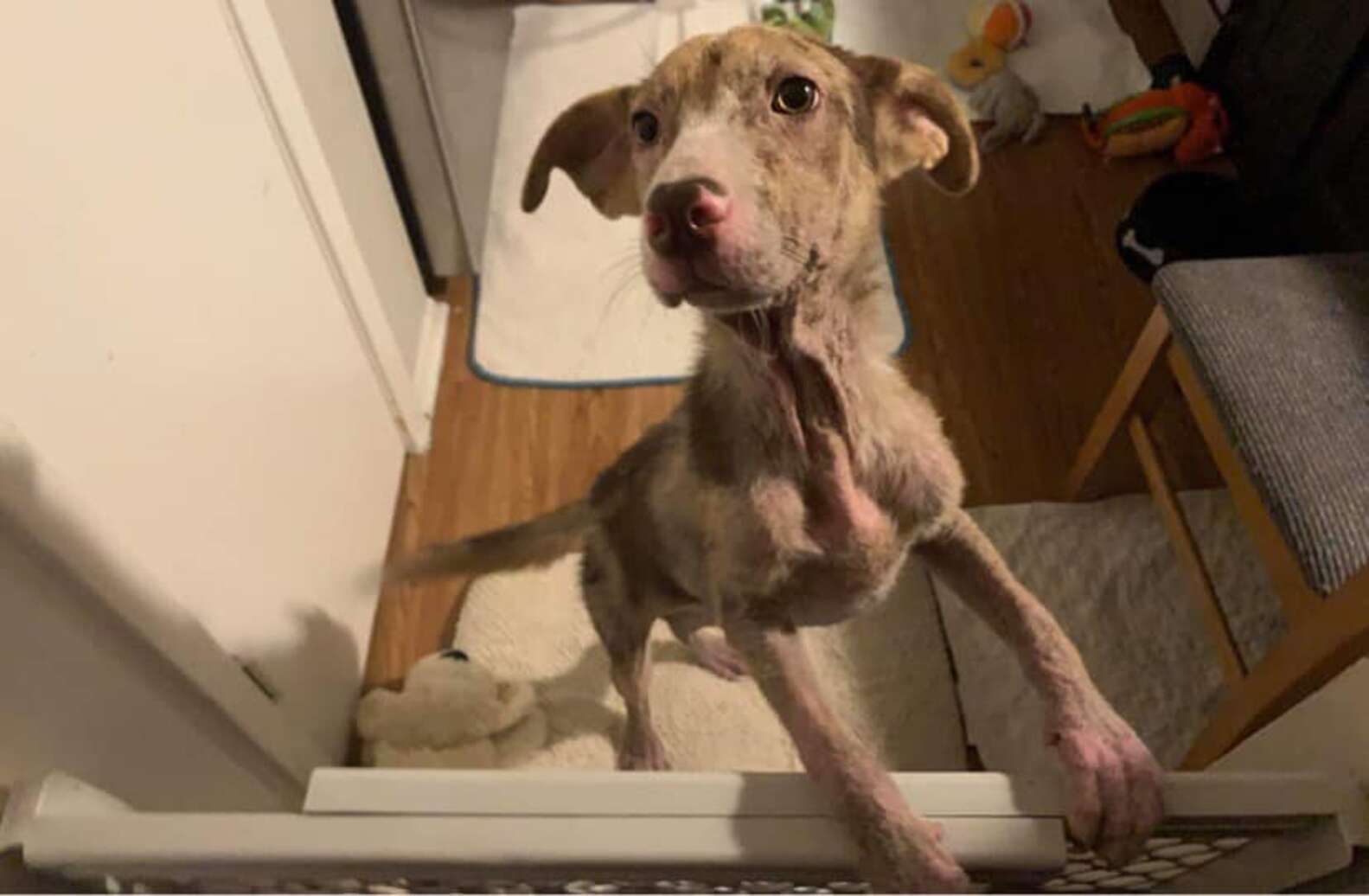 But one thing is certain: the small pup slept on the right porch.