When you are tired and want to take a nap you look for something soft and fluffy to rest your head on, so does Edna.An adorable pit bull puppy named Edna loves to snuggle and she figured out the best way to nap at day care was on the back of fluffy dogs.Edna went to doggy day care while her parents went off to work and she made all sorts of friends.

Just like other puppies, she would run around like crazy for a couple hours until she used up all of her energy.When it was time for a nap, the little pup would search for the fluffiest dog and curl up on them and fall asleep. Usually she chose the large dog breeds like St. Bernard and Golden Retriever, but any size would do. The other dogs did not seem to mind. Apparently, dogs cannot resist puppies either.

Brianna Gottfried posted photos of Edna napping on various dogs to her Instagram with the caption, “Does anyone else’s pup look for the fluffy dogs to snuggle with???”She told The Dodo, “When it’s time to go home I always have to peel her off of another dog.”Edna may have grown in size but she has not outgrown her love of snuggling. 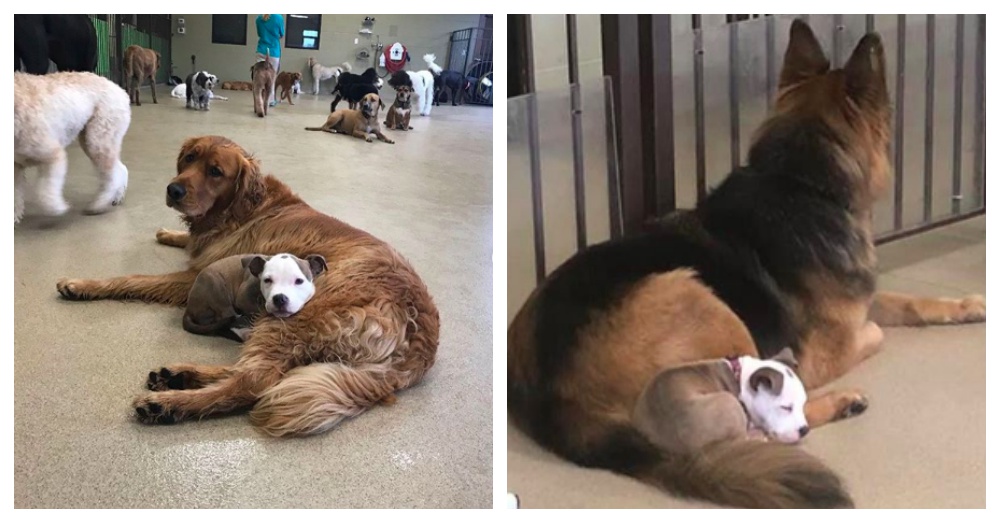 Gottfried posted a photo of Edna napping on the couch with her head resting against a pillow and her tongue sticking out. She wrote, “I spend my Friday nights watching her sleep…” 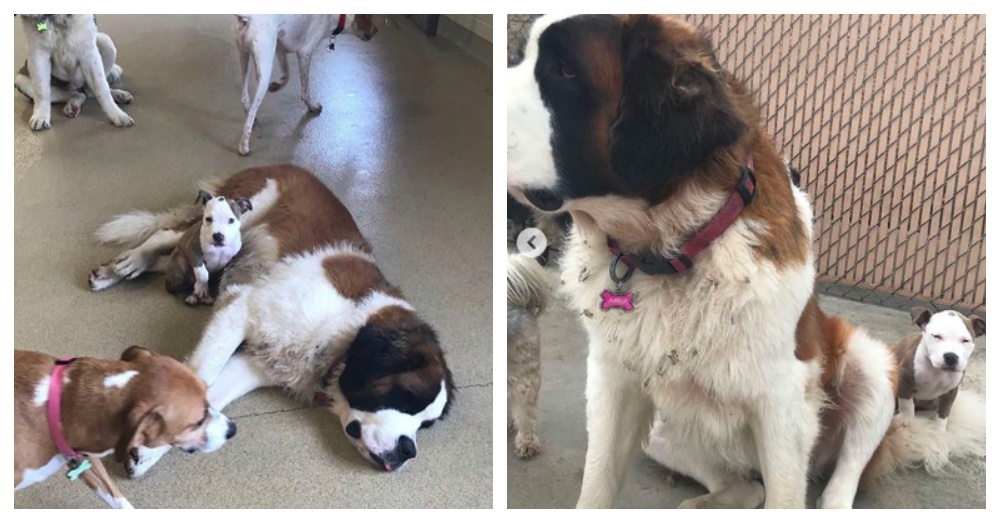 The simply irresistible pup has gone viral and the photos of her napping on other dogs has made the day of countless people. 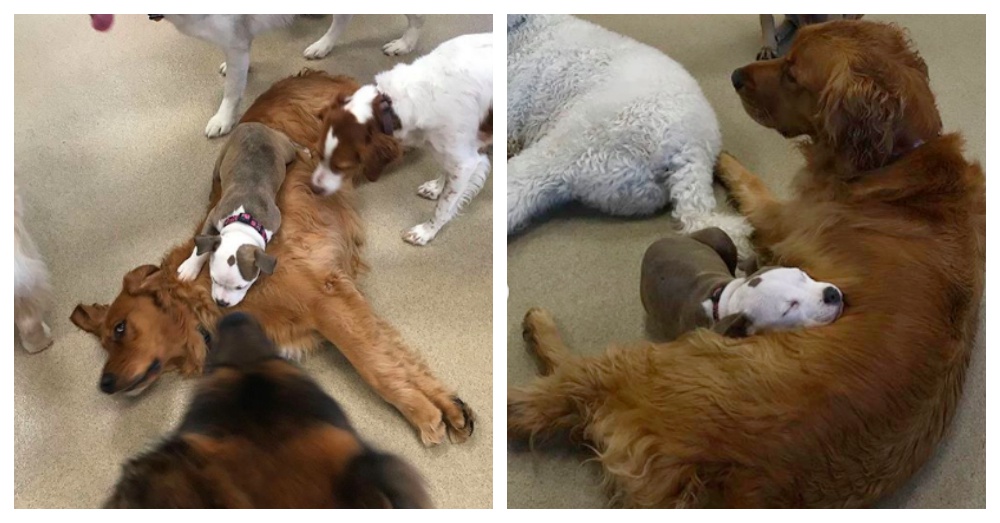 One commented, “This honestly made my day.” Another wrote, “Okay, hands down the cutest thing I’ve seen in a long time!”