Cheryl Stephen thought no dog could ever fill the void left by her German shepherd, Sarge, when he died unexpectedly. The gentle soul had been a best friend to all animals, large and small, and a protector of the rescued fawns his mother frequently nursed back to health.

So when Stephen’s family welcomed a young corgi mix named Chief, she wasn’t sure the “low-rider” would be able to handle her chaotic household full of wildlife. Fortunately, Chief quickly demonstrated that he shared his predecessor’s compassionate and loving demeanor.

While Sarge has a soft spot for fawns, Chief has built a strong affinity with raccoons.
Stephen nursed and released a trio of orphaned raccoons into the wild last year. When the raccoon siblings want a special snack or require assistance, they still come to see us.

Magnolia, one of the rescued raccoons, started bringing her pups, and Chief fell in love with her right away. 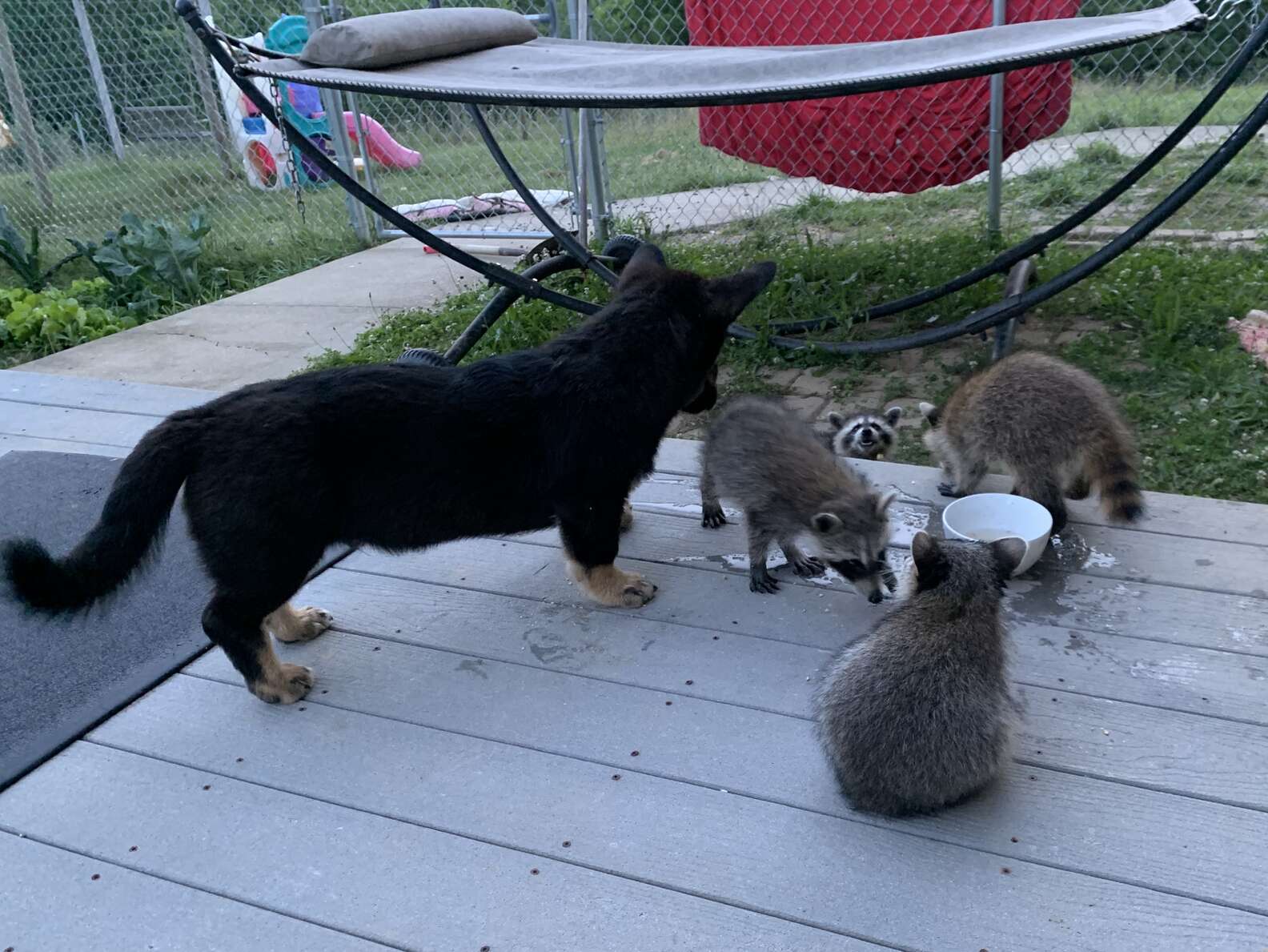 Stephen told The Dodo, “She lives wild now, but she brings her little ones home for food and evidently to play with Chief.” “Despite his size, I’ve never seen Chief bite or damage the raccoons, so he shares Sarge’s compassionate spirit.” 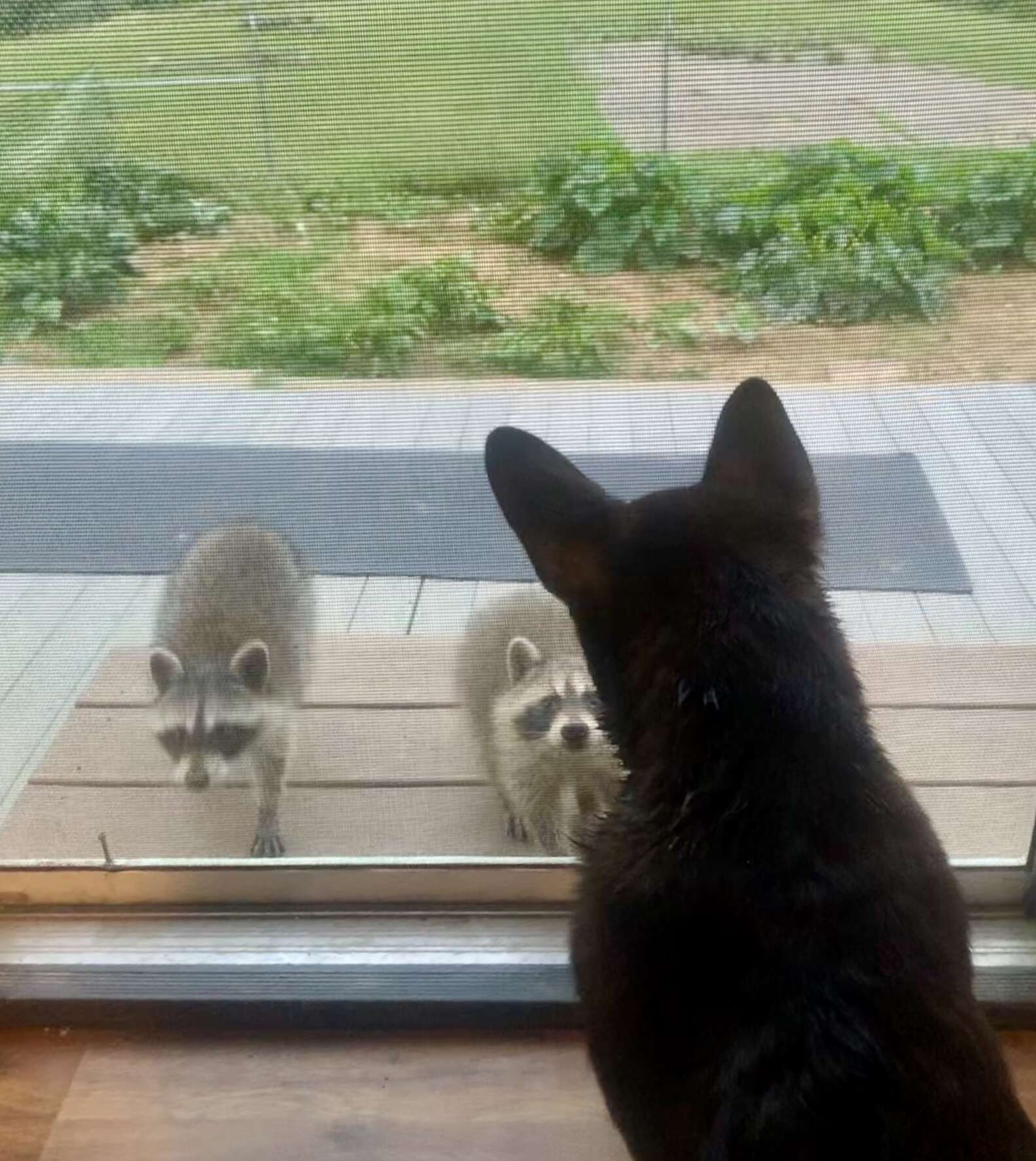 Chief and the four raccoon babies are frequently seen playing tag and hide-and-seek around the yard. Stephen has no idea how the animals communicate, but it’s obvious that they do.

“It’s adorable,” Stephen said of the way they roll, hop, and wrestle. “The little ones like to pull on Chief’s tail or jump onto his back. They climb all over Chief as he turns over in submission. They frequently share meals.” 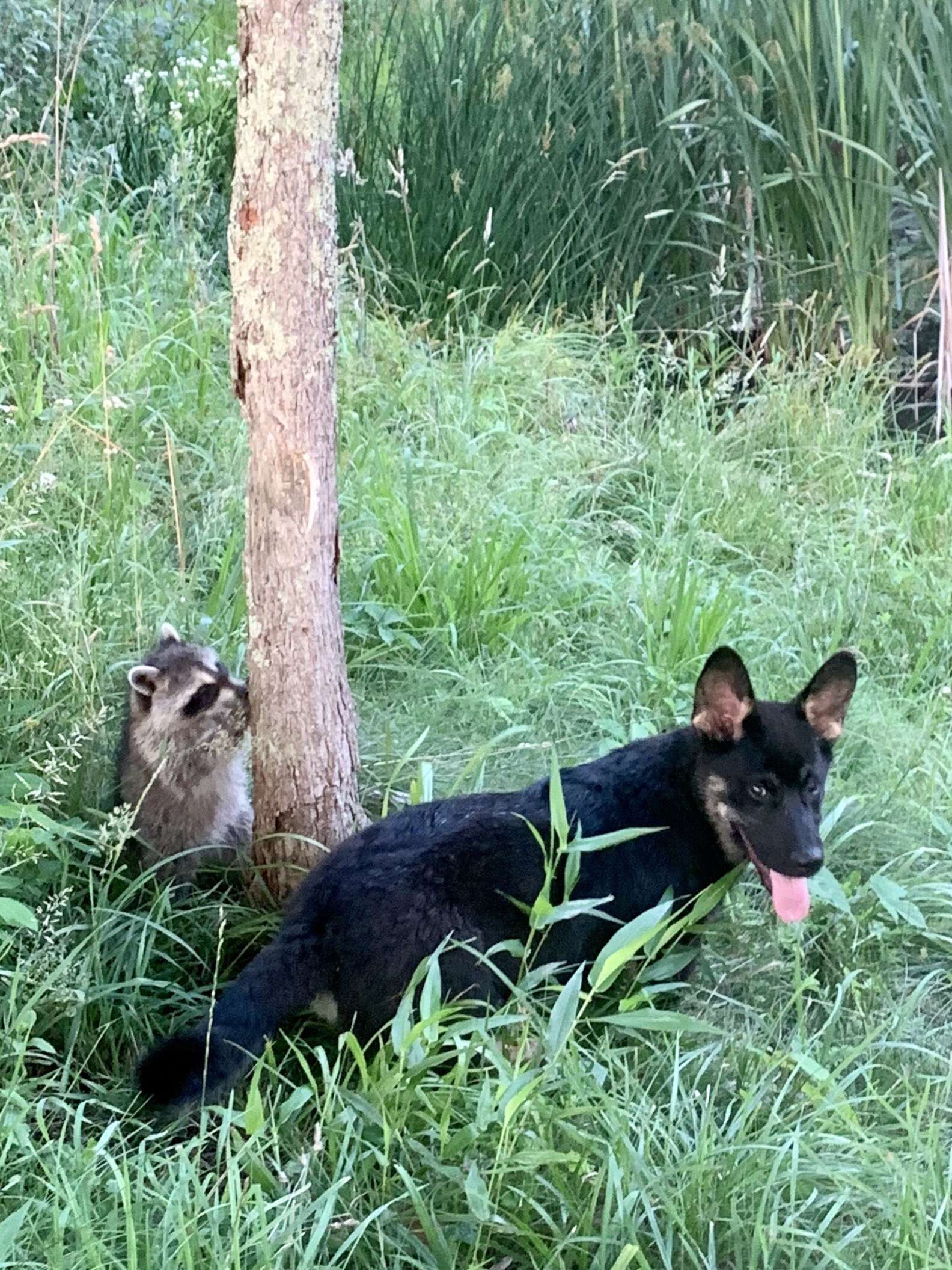 Stephen isn’t sure if Chief and the raccoon babies’ bond will endure beyond the summer, but for now, they’re the ideal playmates.
“I love it that all the animals here get along — even the wildlife,” Stephen said.