Speeding drivers regularly kill wildlife in Yosemite Park, and one park ranger has had enough.

“We get this call a lot. Too much, to be honest,” a park ranger wrote on Facebook after another bear was struck and killed by a car. “Bear hit by vehicle, dead on the side of the road,” the fed-up ranger wrote. “Sadly, it’s become routine.”

But while responding to wildlife collisions is part of the job, recovering animals needlessly killed by careless drivers takes a toll. “I try to remember how many times I’ve done this now and, truthfully, I don’t know,” the ranger writes. “This is not what any of us signs up for, but it’s a part of the job nonetheless.”

The ranger was moved to speak out after a newborn bear was killed in the park by a speeding driver.

The unnamed ranger, who is posting on the park’s official Facebook page, recalled his horror at finding the bear cub’s lifeless body near the wreckage of the park’s latest hit-and-run. The heartbreaking post quickly went viral.

“I turn my gaze from the car part down the embankment on the side of the road and there it is,” the ranger recalled. “A cub. Its tiny light brown body laying just feet from me and the road, nearly invisible to every passerby.”

“It’s a new cub—couldn’t be much more than six months old, now balled up and lifeless under a small pine tree,” the ranger recalled. “For a moment I lose track of time as I stand there staring at its tiny body, but then the sound of more cars whizzing by reminds me of my place and my role.” 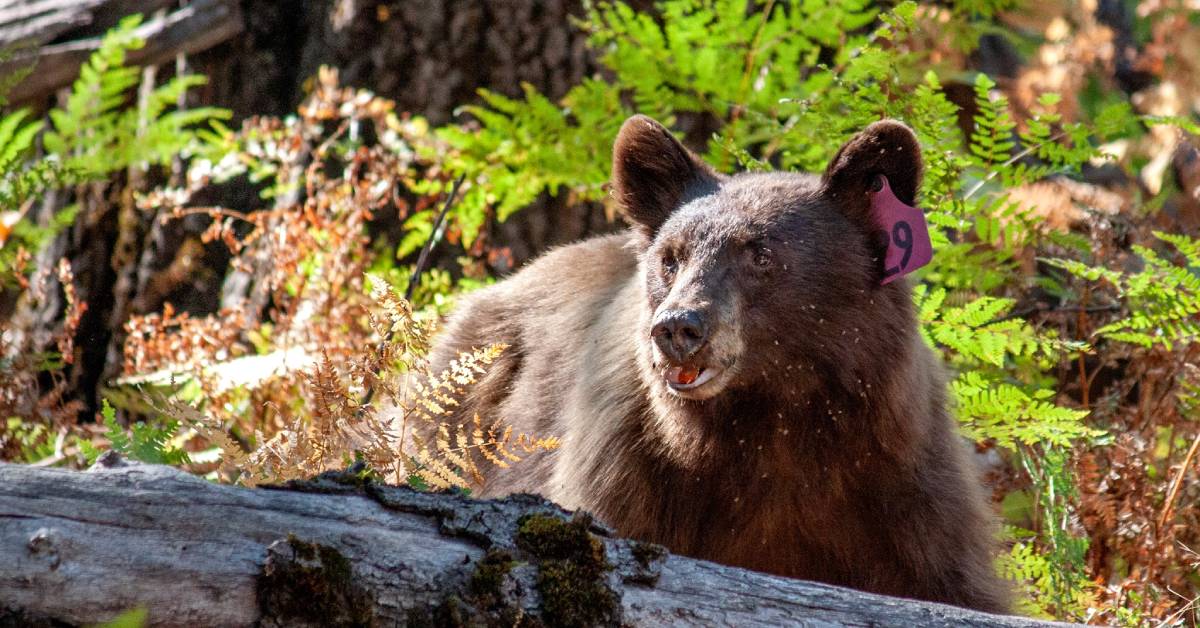 The ranger picks up the cub’s lifeless body and begins carrying it into the woods. He doesn’t know where he’s going exactly but wants to find a quiet spot away from the whir of traffic.

“I have no certain destination; I’m just walking until I can no longer hear the hiss of the road behind me,” the ranger wrote. “The least I can do is find it a nice place to be laid.”

But as the ranger places the dead cub’s body on a grassy nook, he can’t help but notice the lifeless cub is a baby girl. “This immediately triggers thoughts of the life this bear may have lived—perhaps she would have had cubs of her own—but before I finish that thought I hear a stick break and look up,” he wrote. “Just beyond the ring, there’s a familiar figure intently staring back at me. It’s another bear.”

The ranger tries scaring the adult bear away, but she doesn’t go far. Then the ranger comes to a disturbing realization. This is the bear cub’s grieving mother.

“From behind me there’s a deep-toned but soft-sounding grunt,” the ranger recalls. “I immediately know what it is. It’s a vocalization, the kind sows (female bears) make to call to their cubs.”

Speeding Kills Bear We get this call a lot. Too much, to be honest. “Bear hit by vehicle, dead on the side of the…

The heartbreaking moment was especially painful because the bear cub had already been dead for six hours, according to the ranger’s post. “This bear is the mom, and she never left her cub,” he explained, describing his sinking heart as he saw the mother bear’s grief.

“I can just imagine how many times she darted back and forth on that road in attempts to wake it,” the ranger wrote. “The calls to the cub continue, sounding more pained each time. I glance back finding myself hoping it would respond to her call too, but of course, nothing. Now here I am, standing between a grieving mother and her child. I feel like a monster.”

The ranger quickly packed up his bag to let the mother bear mourn her cub in peace — but not before stopping to set up a remote camera. “Why? Every year we report the number of bears that get hit by vehicles, but numbers don’t always paint a picture,” he concludes. “I want people to see what I saw: the sad reality behind each of these numbers.”