An adorable TikTok video went viral for showing a plane packed with puppies making a flight from Alabama to Florida. The truth behind the flight is even sweeter than the video shows!

After sharing the clip to TikTok, it quickly went viral and racked up 13+ million views, 3 million likes, and more than 44,000 comments.

People were eager to know the details behind the puppy-packed flight, and it’s easy to see why.

In an interview with Daily Paws, Bergeron explained that she and a friend accompanied pilot Michael Young, a leader of Alabama Puppy Rescue Flights, to transport 27 puppies on the 90 minute flight from Alabama to Florida, where rescues and shelters awaited the canines.

In the video, you could see dogs crammed into the little plane, piling on top of everyone’s laps. Cassie and her friend had the job of keeping the wiggling pups off the pilot, which they somehow pulled off successfully. 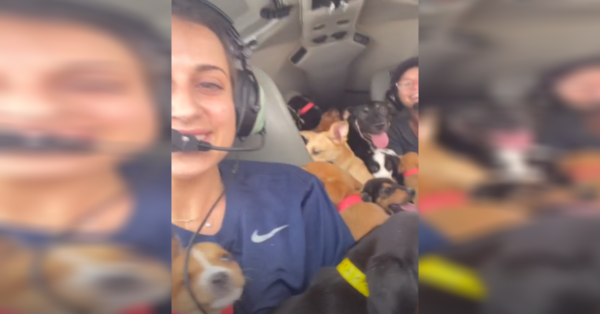 Of course, with 27 puppies, there are bound to be accidents on a 90-minute flight. Cassie and her friends were drenched in pee, but it was all worth it. 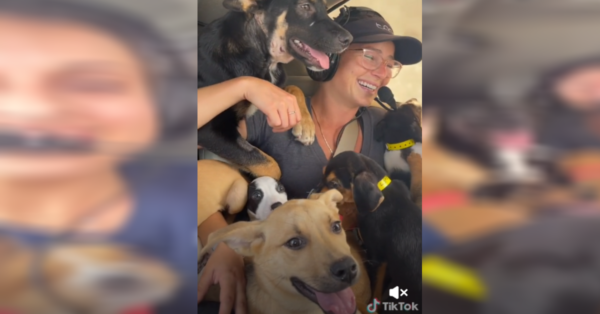 Traveling with so many puppies took some planning, and the team made sure to do everything they could to help the animals be comfortable and safe during the flight. 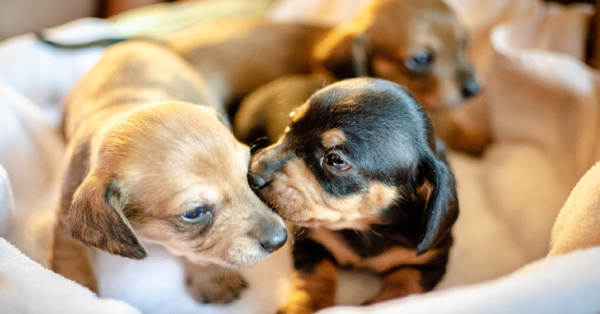 In the interview with Daily Paws, Bergeron said that when they arrived to pick up the dogs, they made sure each of them had records and was cleaned up.

Each of the 27 dogs was fed a little honey to help their bellies on the flight and given plenty of space and time to run and play.

Bergeron shared an adorable video of the puppies running around and getting some wiggles about before the flight: