These stories were originally shared on The Animal Rescue Site. Submit your own rescue story here. Your story just might be the next to be featured on our blog!While volunteering at my local shelter, 14-year-old Winston was brought in by the police, taken from his owner due to cruelty and neglect. His fur was matted with feces, urine, and mud. Neurological problems, due to being kicked, caused him to lean to the left.

He was depressed and had to sit in his cage for three months while they prepared for trial. I visited him everyday and told him no one would ever hurt him again.At the last minute, the cruel owner defiantly relinquished custody of Winston because if he lost the case, as his lawyer suspected he would, he would lose his security clearance at work.

I thought the shelter would then put Winston to sleep because he suffered from arthritis and neurological damage, but instead, they put him up for adoption. Although I already had three rescue dogs, I adopted Winston for what I thought would be his final days.I had his teeth cleaned, gently brushed his fur everyday, gave him a comfortable, snuggly bed, got pain medicine to help with his arthritis, gave him clean, fresh water and nutritious food, modified the house so he could move around with ease, and gave him lots of love. 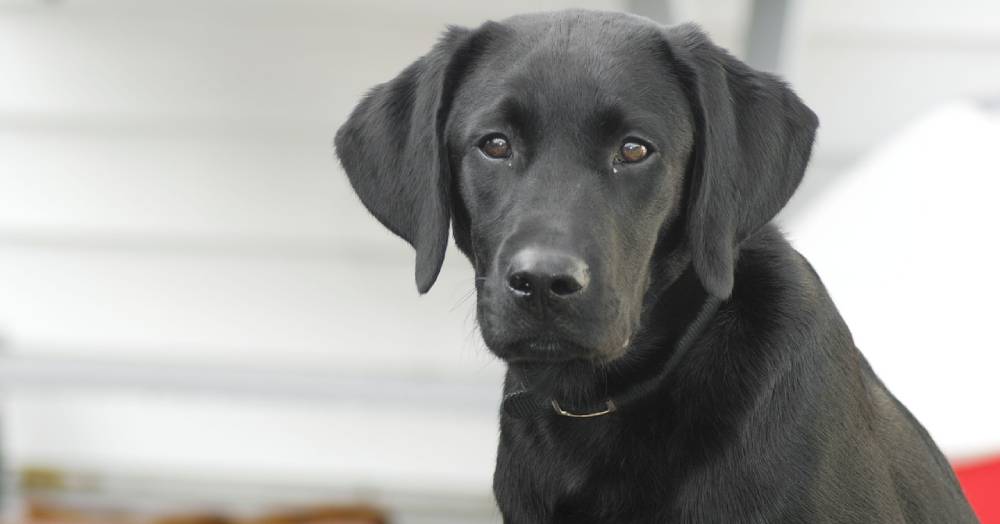 When Winston could no longer get himself around, we had the vet come to our home and peacefully put him to rest. We cremated him, and his remains are in a lovely little cedar box. Winston is home forever, and, as I once promised him, he will never hurt again. RIP Winston, we love you.

I met Lou while buying a truck and was asked if I needed a dog. “Maybe,” I offered, walking to the shed where the puppies were. “This is the only one I’m giving away, though,” the man said. Oddly, this was the cutest one, with the bluest eyes that rivaled the Lookout Mountain sky.

We quickly found out why Lou was the only one given away. The half Austrian Shepard and half Catahoola hound was, and is, deaf as a rock. (He has reacted to ungodly lightening strikes, but that is about all.) 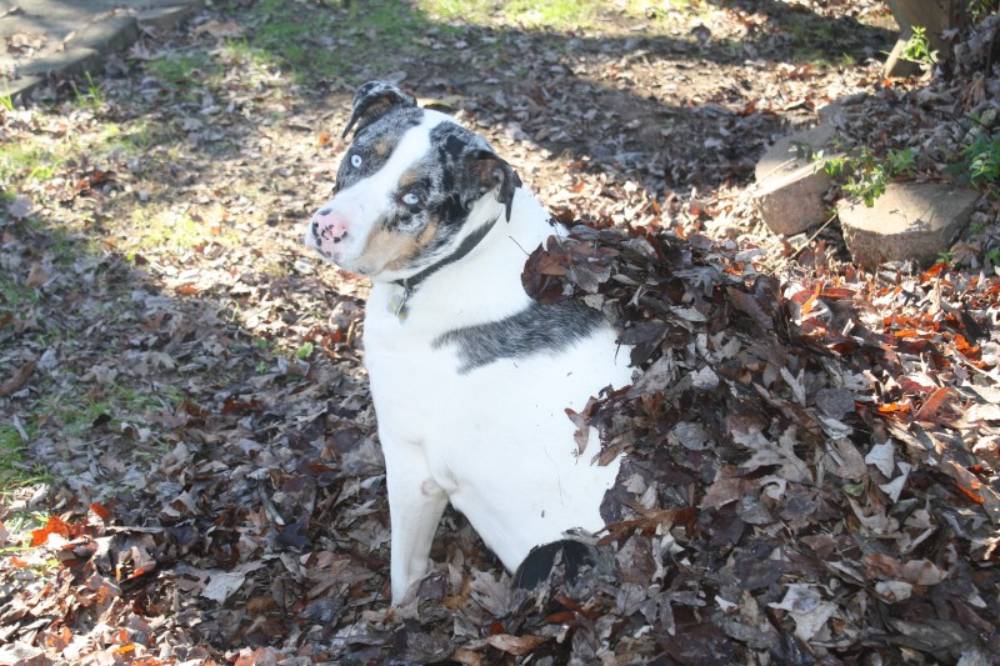 Still, we took him to obedience school, where oddly enough the teacher was ecstatic. She gladly accepted the challenge of trying to teach a dog sign language. Lou excelled (The other barking pups did not distract him as his attention was riveted on his teacher, with us learning, as well). He now knows “come,” “sit,” “good dog,” and, somewhat, “stay”. “No” can be a problem. He has been known to see the command, look away, then shortly look back. If “no” is still given, he will snap his head to the side, pretending he didn’t see it. He can, at times, be sort of like a problem teenager.

But a more loyal and loving dog I have never seen, sleeping with you or at your feet. Outside he is a shadow, herding the cattle, and a confident watchdog on the porch. (Maybe he cannot hear, but he watches extremely well and barks at any suspicious movement.) Other senses kick in, too. Open any food, and Lou is the dog with “the nose that knows.”

I bought that truck, and sold it several years later, but there is no amount of money that I would take for Lou. When we all go through the Gate of Life, I expect to see him again and finally call out to those floppy ears, now hearing. But I fully expect he will give me that look of “I heard you all the time… with my heart.” 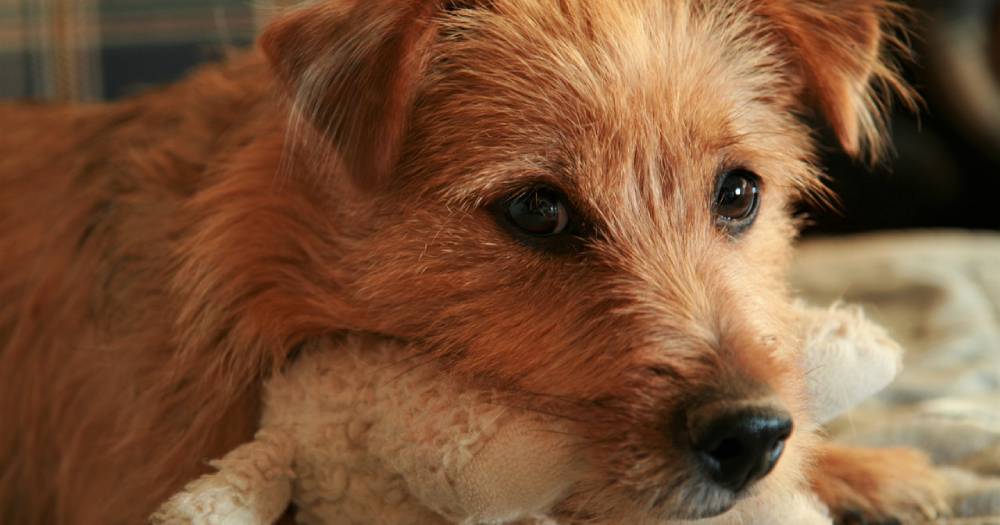 I had just moved to Albania and was looking to volunteer with animals in my spare time when the local animal rescue posted some pictures of this… creature. The pictures of him were so pitiful. He was under a car, legs folded together. Bald spots showed through the few patches of fur he did have. He looked more like a sick rat than a sick little dog.

I was missing my dog back home and thought I could probably give this little guy a temporary place to stay. The person from the rescue told me to meet them at the local veterinarian. When I got there, I was surprised to see a bold little dog who was not at all scared of me and mostly pretended I wasn’t there. He was suffering from mange and smelled terrible. He was definitely a dog, a little terrier mix of some kind. And he was going home with me.

In the beginning, I bundled him in a blanket and rushed him outside when he needed to go out, trying to avoid seeing my neighbors in the elevator. After all, the mange had made his bare skin scabby and raw. He smelled terrible. As he began to get healthier, we took longer and longer walks. Then one night, we woke to the building swaying. It was an earthquake! I had no idea what to do except leave our building once the shaking stopped. We rushed down from our 5th-floor apartment down the stairs and outside. For the next few hours, we wandered around the park, not sure where to go or what to do. I felt a little less lonely with him there.

As the weeks and months went on, Ralphie became healthier. It was time to think about the next, permanent chapter in his story. Luckily, my sister had been following his story and fell in love with him. It was hard to imagine not seeing him anymore, so I was ecstatic that Ralphie would go live with her. Now, he lives near the coast in the US. He finally gets to be his true doggy self, a feisty little terrier mix who loves to cuddle and march around his house.

I share this story because many dogs (and cats) in Albania are still waiting for homes somewhere in the world. Dogs as pets are still not very common for most Albanians yet, but there are dedicated people there trying to help them. If you are interested in donating, being a travel companion, or volunteering, please reach out to Animal Rescue Albania. If you travel to Albania and are willing to have a dog or cat travel with you when you leave, Animal Rescue Albania can make the arrangements for a dog or cat to travel with you, even if you are flying elsewhere.

Even if you don’t travel to Albania, keep in mind that there are dogs worldwide in need of homes, even in the United States, and your next travel destination could mean helping another dog or cat get to their adoptive homes. Also, remember animal rescues are always in need of money to pay for medical treatment, so if you can donate, please do. If you can’t donate now, help spread the word.