When temperatures dropped in Istanbul and a snowstorm ravaged the town, people were quick to show compassion to the homeless animals of the city.

Multiple shop owners opened their doors to stray animals, allowing the cold and tired pups and cats some refuge from the harsh cold.

A Penti store allowed several stray dogs to seek shelter in the shop while the store was still filled with customers, and the manager, Arzu Inan, reminded people that “only true love warms” in a post on Facebook. 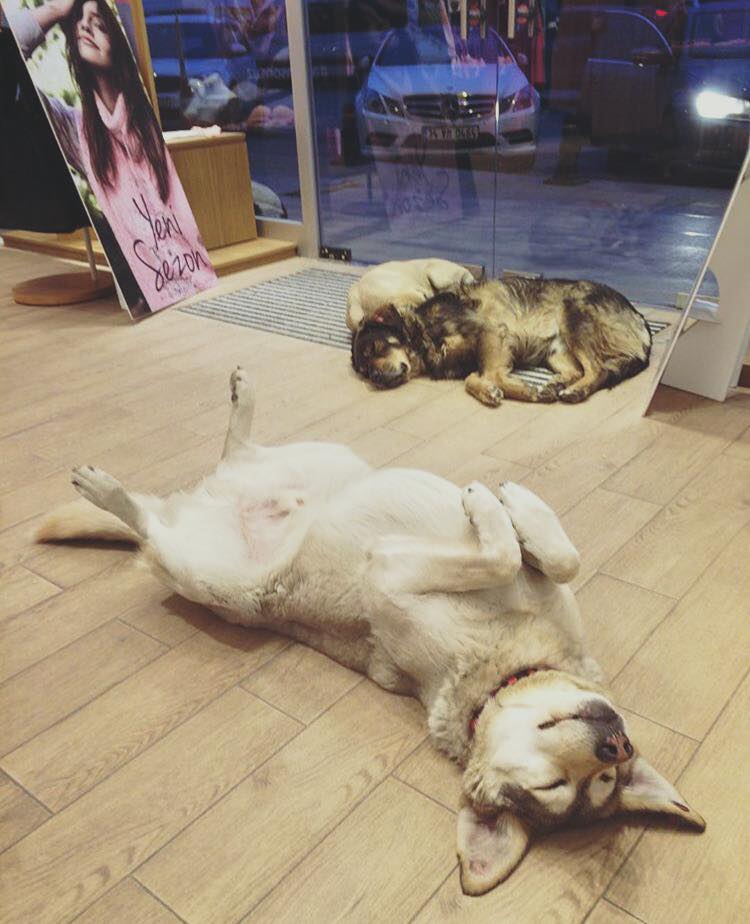 And customers themselves were also doing their part to help the animals. 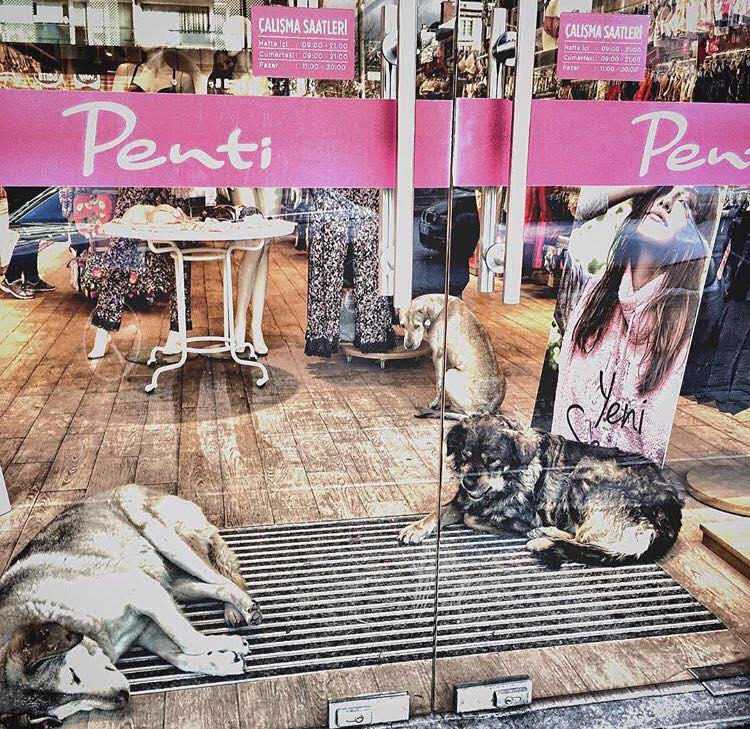 A man, named Ali Celik, was walking past the Atrium Mall when he noticed a group of strays outside the mall.
The strays were being tended to by three unnamed strangers. The pups received cardboard to lie on to protect them from the cold ground and were also given blankets to curl up under.

The dogs were also provided with food. 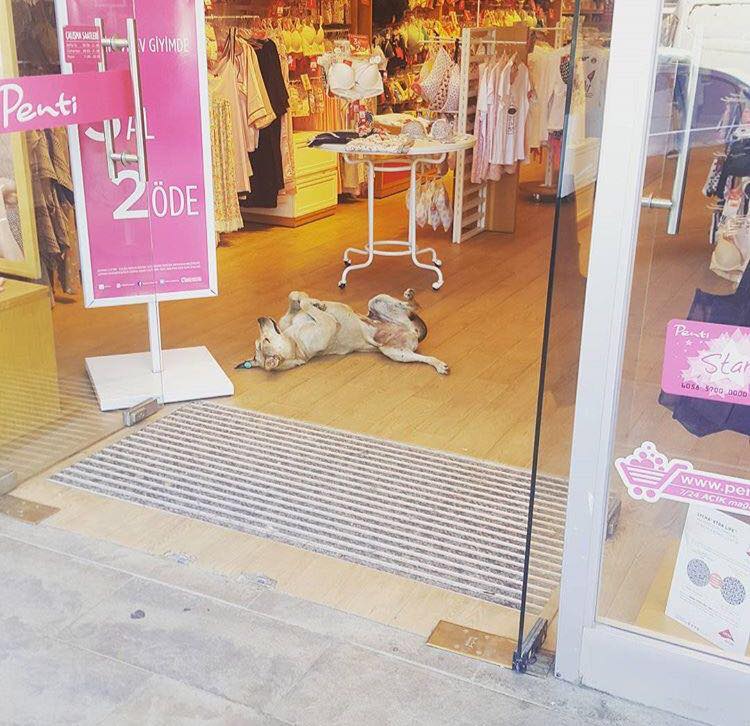 In an interview with the Dodo, Celik praised the kind strangers who’d declined to give out their names: “The people were there to help the animals, not so that others could see them helping.” Celik said. 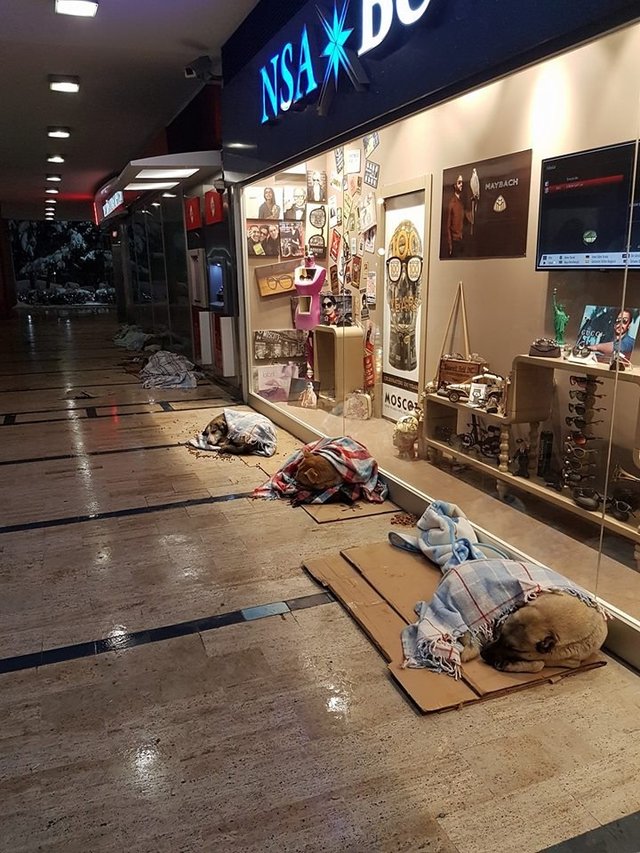 Thanks to people doing their part and showing compassion, many cold and tired animals got a well-needed rest and respite from the cold.
The animals were very grateful and took the chance to sleep and relax after being let inside.

It’s heartbreaking to think of these sweet furbabies alone out on the cold streets. 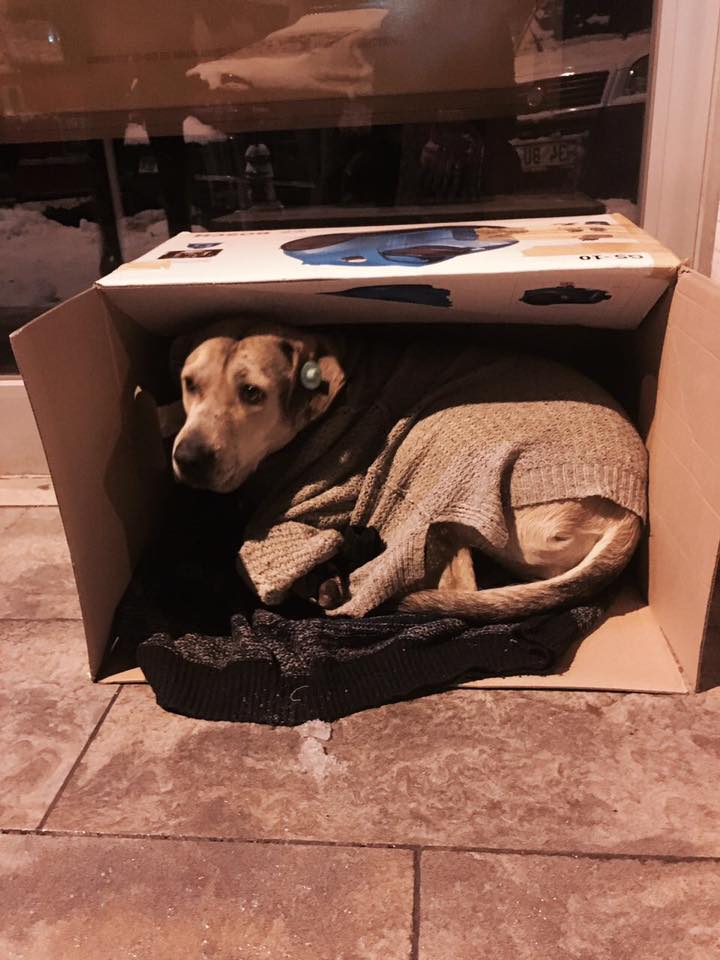 The cold temperatures can also lead to the animals suffering frostbite which is very painful.
These kind shop owners and shoppers surely saved many lives by opening their hearts and their doors. 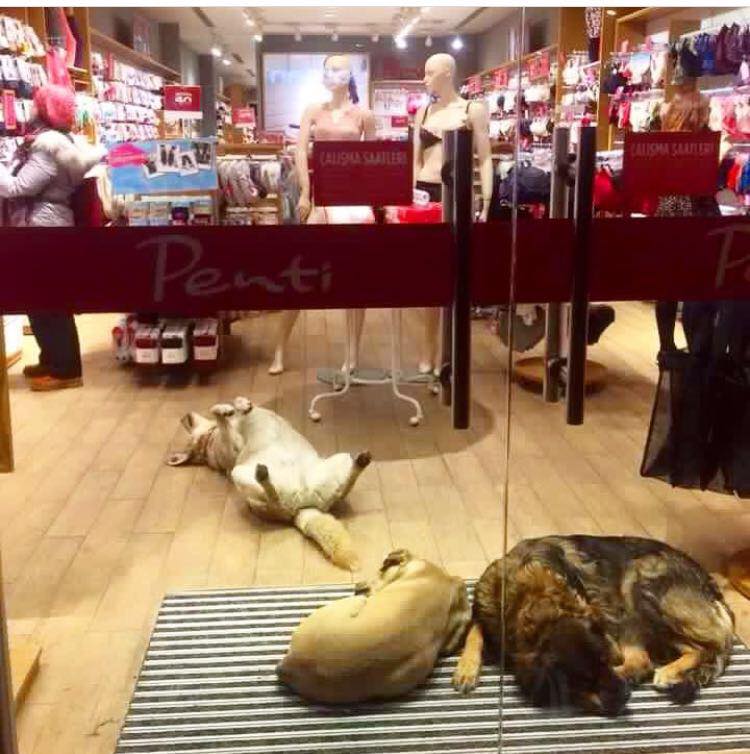 Hopefully, their kind efforts will encourage more people to follow their lead. 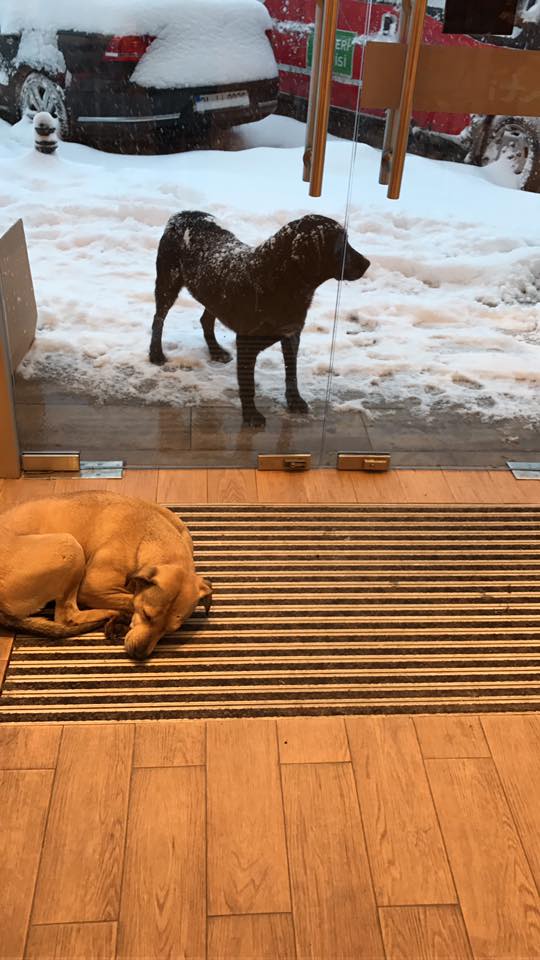 We need to protect these precious little creatures, and together we can work to improve the lives of animals all over the world.